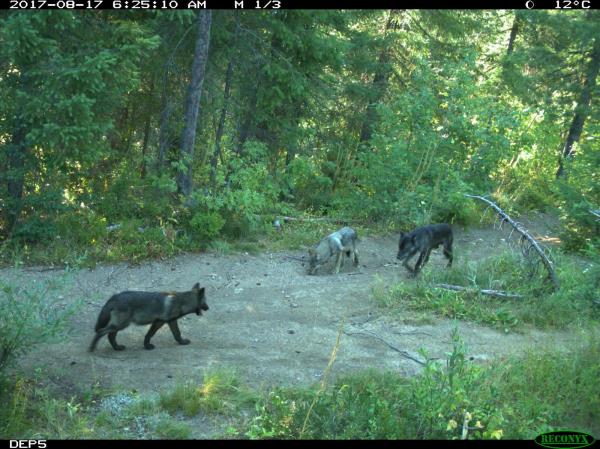 BOISE – Wolf depredations on livestock in Idaho reached a record level during the past fiscal year, which ended June 30.

Of those 264 investigations, 175 involved confirmed wolf depredations, said Todd Grimm, the Idaho state director of Wildlife Services, which is a federal agency that helps solve conflicts between humans and animals.

“Last year we had a pretty busy year,” he said during the Idaho Wolf Depredation Control Board’s Aug. 21 meeting.

“The cattle guys the last four or five years are the ones who have really been taking the brunt of the wolf depredations,” Grimm added.

The 175 wolf depredations of Idaho livestock during fiscal year 2019 was a record for the second straight year.

The wolf control board was created by the state in 2014 and tasked with funding lethal control efforts of problem wolves. The board has a cooperative service agreement with Wildlife Services, which conducts wolf control actions as directed by the Idaho Department of Fish and Game.

The wolf control board’s recent meeting was attended by five wolf advocates and an equal number of people who support the board’s mission to fund lethal control actions of wolves that cause chronic problems to livestock and wildlife.

Weiser-area rancher Cody Chandler told board members that wolves in his area are having a major impact on his operation. He described how early in the morning on Aug. 20 “the wolves just went wild that night. They were so loud and you could hear them running around. It was scary. That night, they were too close for comfort.”

“This is just hurting us really bad,” he said.

His father, Kirk Chandler, a rancher and Washington County Commissioner, said ranchers in the area “are all having the same experiences. It’s a big problem. It really affects the economy of our county.”

Braden Jensen, who handles natural resource issues for Idaho Farm Bureau Federation, told the board that the presence of wolves has caused some wildlife to change their habitat and migration patterns, which in turn is causing increased wildlife depredation on cropland “where those herds haven’t traditionally been in the past.”

“We hear repeatedly from many of our members just how big an issue this is … and it’s a growing issue,” he said.

During the meeting, wolf advocates had a far different take on the presence of wolves in Idaho.

Suzanne Stone, a wolf advocate, said one of the biggest thrills in her life was when she took her daughter into the wilderness to hear wolves howling.

“To me, those wolves do belong there,” she said. “They have … a right to be there. Our family does support agriculture but not at the cost of our wildlife.”

She said the board’s money would be better spent proactively preventing wolves from attacking livestock.

Talasi Brooks, staff attorney for Western Watersheds Project, said she was concerned about the board’s emphasis on lethal methods of controlling wolves rather than non-lethal methods, which can include hazing and scaring devices that emit flashing lights and sounds.

Federal funding for wolf control actions in Idaho declined by about $620,000 from 2009 to 2014. The wolf control board was created to make up for that deficit.

The board has received $400,000 in state funds annually and the state’s cattle and sheep producers provide another $110,000 each year, as do Idaho sportsmen. That has provided the board $620,000 per year to fund lethal wolf control actions.

But for the first time this past year, at the governor’s request, the Idaho Legislature provided the board just $200,000 in state funds.

Gov. Brad Little told Idaho Farm Bureau Federation during a recent interview that he recommended the board receive $200,000 this year because it had built up a big reserve fund and he wanted the board to use that reserve first.

Little, a rancher, said he fully understands the impact wolves are having on Idaho livestock and wildlife and that he supports the board’s mission. He told Farm Bureau members earlier this year not to worry about where he stands on wolves.

“They will have the resources they need,” he said about the wolf board during his recent interview with Farm Bureau.

“Fish and game is doing a pretty good job of managing them but … I talk to ranchers all over the state and there are areas where they are causing huge problems,” Little added.

According to a Wildlife Services report, in addition to the 175 confirmed wolf depredation incidents involving Idaho livestock during the past fiscal year, 16 of the agency’s depredation investigations involved probable wolf attacks, 35 were possible wolf depredations and 38 were determined to have not been wolf related.

“That’s a good sign because July and August are always our biggest months for depredations,” Grimm said.

He said it is now known for sure why the number of depredations is down but that it could have something to do with control actions taken earlier in the spring in some areas with chronic wolf problems. That resulted in the removal of some wolves that likely would have caused problems later in the summer, he said.