Wheat is the top crop in PNW (Idaho, Oregon, Washington) 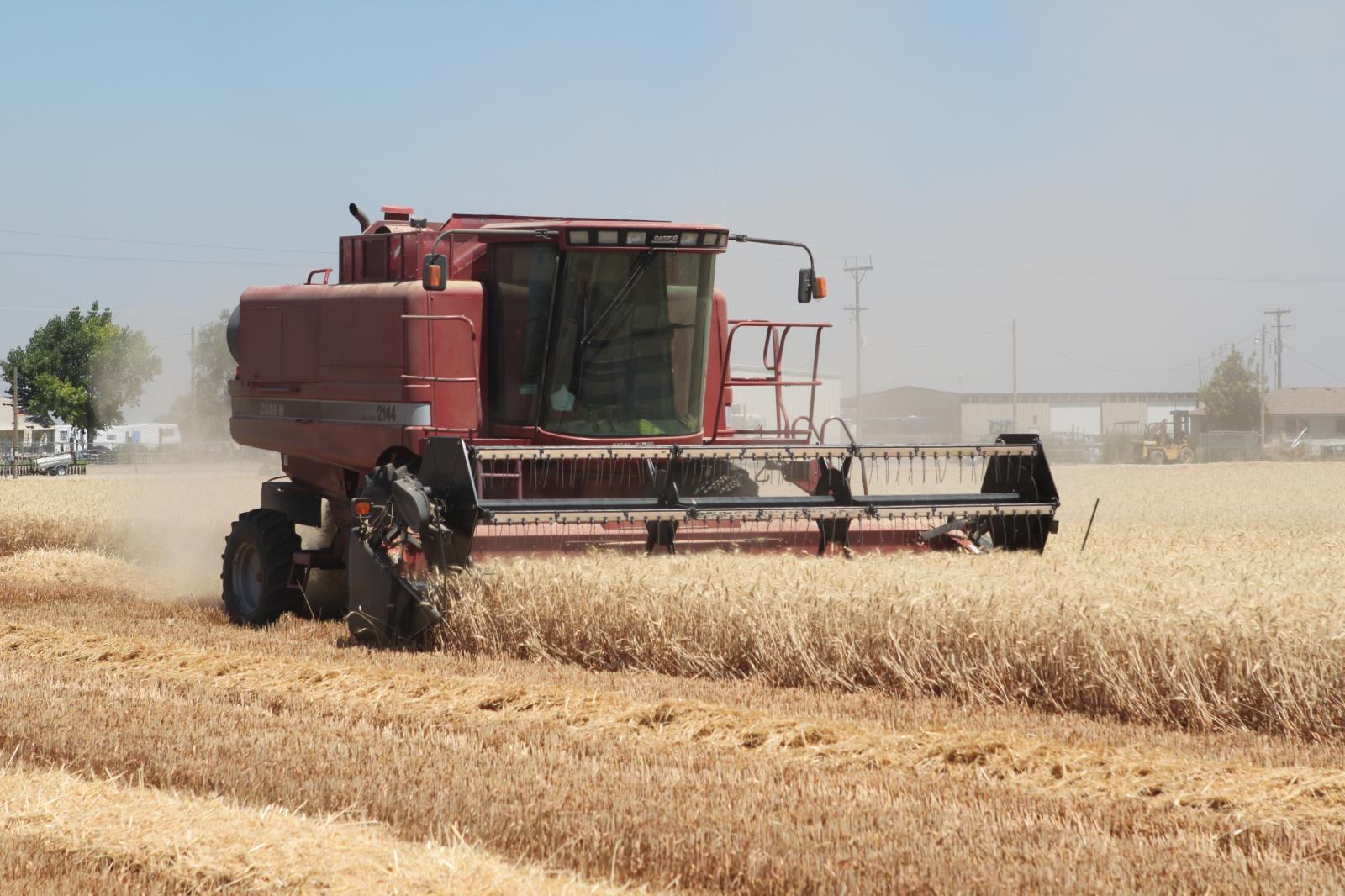 POCATELLO – Idaho is famous for its iconic potatoes, Washington is known for producing a whole lot of apples and Oregon is well known for its nursery crops.

But when you combine the three Pacific Northwest states, wheat is the top crop, at least when it comes to total acres.

“Although potatoes may be No. 1 in Idaho and apples No. 1 in Washington, the PNW is really wheat country,” said Idaho Wheat Commission Executive Director Blaine Jacobson. “When a broad look is taken at the three PNW states, wheat is the top … crop.”

Data provided by employees at USDA’s National Agricultural Statistics Service’s regional office in Olympia, Wash., shows that farmers in the three states harvested a combined 4.07 million acres of wheat in 2018.

Given those numbers, the PNW should be most famous for its wheat, said Jacobson, who has also compiled a list of infrastructure that supports the three states’ wheat industries.

In addition to eight wheat breeding programs, there are seven wheat breeders in the three states, two wheat geneticists and about seven dozen people work full-time on those wheat breeding teams.

IWC Commissioner Jerry Brown, a wheat farmer in the Soda Springs area, said Idaho’s wheat industry leaders make it a point of showing that acreage data and list of wheat infrastructure to members of foreign trade teams that visit the region.

He said providing that information shows them the region is committed to growing quality wheat.

“We try real hard to show them the infrastructure, breeding programs and the farms that grow the wheat,” Brown said. “We really tout that to them.”

The PNW region is known for producing a quality wheat crop year in and year out and that enables the three states’ wheat farmers to remain competitive in a global market, said IWC Commissioner and North Idaho farmer Bill Flory.

The three states’ combined commitment to the wheat industry enables that to happen, he said.

“Our customers need consistency of final product, which means consistency of wheat and we have provided them that on a regular basis for a long time,” he said. “Quality keeps us in those markets.”

Flory also pointed out that most of the wheat-related infrastructure in the PNW is supported by grower dollars and not federal funds.

“They are grower checkoff dollars that are supporting those programs, with tremendous and consistent results year after year,” he said. “When you spend (growers’) money, you need results. That list of infrastructure is a great example of results.”

While the PNW is a good place to grow wheat, the commitment by the three states’ wheat industries to breeding and variety development programs is the key ingredient that allows Idaho, Oregon and Washington farmers to produce quality wheat crops annually, said Steve Wirsching, vice president and director of U.S. Wheat Associate’s West Coast office in Portland.

“That quality is not an accident at all,” he said. “It’s the outcome of all the efforts of the tri-state wheat commissions and the rest of the industry. Idaho, Oregon and Washington wheat growers all invest significant amounts of money into their states’ breeding programs.”