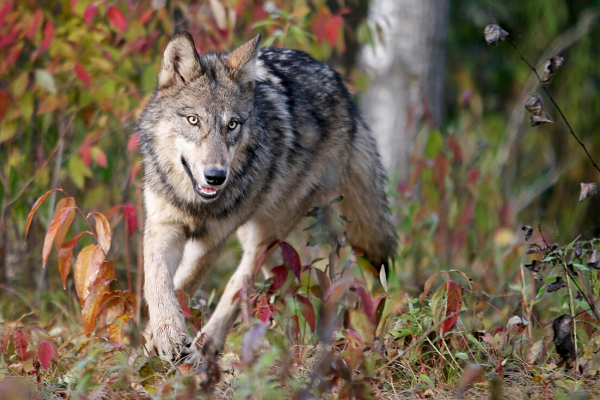 IDAHO - Private landowners from the farming or ranching community are often also sportsmen. Unfortunately, in what is a growing theme across the country, sportsmen and landowners sometimes clash due to disrespectful behavior exhibited by a select few.

Everything from littering, to leaving gates open, or even shooting in the direction of, or around livestock, has caused some landowners to turn sportsmen away from hunting or recreating on their land.

In today’s world, sporting groups are numerous, each having their own unique focus. Not unlike landowner-sportsmen relations, the uniqueness in focus from one sportsmen group to the next often drives wedges where there was once unity.

Rifle hunters vs. archers, archers vs. houndsmen, waterfowl hunters and bird dog guys vs. trappers, long-range shooters vs. traditional gun-men, trophy hunters vs. meat hunters … The list goes on and on.

If there was one thing that could bring all this division to a screeching halt and re-unite rural America, however, it is wolves.

Wolves are having widespread impacts on the entire rural Northwest, in many ways, and not much of it is good.

All of a sudden, livestock producers need the help of the hunting and trapping community in order to keep wolves out of their livestock.

Many houndsmen and bird hunters with retrieving dogs suddenly support trapping immensely, as a means to avoid the grisly fate of finding “Fido” literally ripped into two pieces by the wolves, which view house dogs as invaders of their territory and are quick to attack.

Many big-game hunters in Idaho, regardless of their weapon or season of choice, suddenly have a similar story to share – lots of wolf tracks and very little game in the back country.

Some family traditions of back-country “elk camp” are going away, and many hunters are having to hunt the foothills, river bottoms, and private lands to find success.

Much of those private lands are agricultural ground that’s suddenly swarmed with large herds of elk which are decimating crops and running through fences, severely impacting farmers’ profits.

The Idaho Department of Fish and Game, in an effort to help the farmers, is handing out depredation tags and opening seasons to encourage sportsmen to help with these elk that have been displaced from the back county, and now refuse to return, because wolves inhabit those mountain ranges.

Foundation for Wildlife Management (F4WM) is a non-profit organization whose mission is to promote ungulate population recovery in areas negatively impacted by wolf predation, assist IDFG in reaching its wolf management objectives, promote youth in the outdoors, and to educate the public on the negative impact the successful reintroduction of wolves has had on Idaho’s ungulate populations.

Founded by passionate elk hunters from Sandpoint who wanted to do something productive to create positive change where wolves had negatively impacted the wildlife in the region, F4WM started presenting proposals to IDFG that would liberalize sportsmen’s ability to harvest wolves.

We have since built relationships with the trapping community, Idaho houndsmen groups, numerous sportsmen organizations, and many landowners affected by wolves.

Our latest proposals to open wolf trapping in numerous new units, to extend statewide trapping seasons by opening most units starting Oct. 10, and doubling the number of wolf tags sportsmen can purchase annually, were passed by the Idaho Fish and Game Commission recently, due to this united support.

Rural America is coming together to find productive solutions to an out of control wolf population. The Foundation for Wildlife Management is challenging all rural-based organizations and residents to set their differences aside and unite with F4WM to better manage our wildlife.

United, we have a much larger voice. United, we are making a difference. United we are creating positive change.

The Foundation for Wildlife Management’s wolf harvest compensation program has helped remove more than 625 Idaho wolves with zero tax funding, by bringing those who want wolves managed together with those who have the ways and means to get the job done, as well as lobbying to expand sportsmen’s ability to harvest wolves.

The money is being raised to compensate people who actually get the job done. For more information about this program, visit f4wm.org.

Idaho had a minimum estimated wolf population of more than 800 wolves and 100 packs when IDFG took over wolf management in 2011 and established wolf hunting and trapping seasons across the state.

In short, with each pack having a litter of seven pups or more (100 packs times seven pups each equals 700-plus pups), more wolves are born each spring, than the total harvested annually.

Imagine what our record-setting livestock depredation numbers would be with 625 more wolves on Idaho’s landscape.

F4WM, together with all the organizations who have chosen to set their differences aside and unite for the greater good, will work to identify what a healthy number of wolves looks like for our great state.

The ultimate goal is to help reinstate balanced predator-prey ratios that allow all our wildlife to thrive and get our elk back into the back-country where they belong, far from our agricultural fields and pocketbooks.