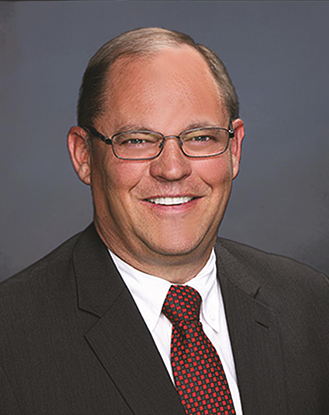 That number does not include possible wolf kills and attacks. It also does not reflect the fact that many cattle don’t add weight as they normally would because of the stress caused by knowing wolves are around.

The livestock depredation numbers also don’t include the major impact that wolves are causing to wildlife in some parts of the state. Which, it should be noted, pushes the surviving animals such as elk, moose and deer down to ranches and farms, which end up unintentionally feeding those animals at a big cost to the producer.

They also don’t reflect the reality that some areas of the state have such high wolf pressure that ranchers aren’t even able to graze their animals there because the threat is too high.

Despite the fact that wolves are killing livestock at record numbers and in some cases decimating wildlife populations, some pro-wolf advocates continue to push the false narrative that the animals can be controlled with non-lethal measures.

These non-lethal methods of “controlling” wolves include hazing and scaring devices that emit flashing lights and sounds. But these devices only work for a short period of time and wolves quickly learn these deterrents are nothing to be afraid of.

One thing that does control problem wolves permanently is killing them.

After the federal government imposed wolves on Idaho beginning in 1995 with the release of 35 of the killing machines in Central Idaho, the animal’s population quickly soared, growing at an average rate of 28 percent a year in Idaho.

The state’s wolf population soared to 856 in 2009 but that growth trajectory quickly came to a halt after 2009. The reason: the state began an annual wolf hunting season.

That’s right, hunting, i.e., killing wolves, works. It halts their rapid spread and it also puts the fear of man into them.

That’s why Idaho Farm Bureau Federation supports the Idaho Wolf Depredation Control Board, which was created by the Idaho Legislature in 2014 with the mandate of funding lethal wolf control efforts.

The board has a cooperative service agreement with U.S. Wildlife Services, the federal agency tasked with solving conflicts between humans and animals. Wildlife Services conducts wolf control actions when directed to do so by the Idaho Department of Fish and Game.

A little history about why the board was created in the first place is helpful.

After 2010, the amount of federal funding Idaho Wildlife Services received to control problem wolves shrunk by about $620,000. The board was created to make up that difference.

Idaho’s cattle industry agreed to increase the state brand renewal fee to come up with their share of the funding and sheep producers increased their wool assessment to fund their annual commitment.

Idaho sportsmen, to their credit, have also stepped up to the plate to provide the board significant funding each year.

During the 2019 legislative session, lawmakers passed a bill that removed the wolf board’s sunset clause. That’s great news since the board was due to sunset on June 30, 2020.

This past legislative session, the Idaho Wolf Depredation Control Board for the first time only received $200,000 in state funding for the next fiscal year. But Gov. Brad Little has told IFBF members that’s only because the board had built up a sizable reserve balance and he wanted the board to use that money first and not build up a financial war chest.

The governor, a rancher himself who understands very well the impact wolves are having on the state’s livestock industry and wildlife, has told Idaho Farm Bureau Federation members on more than one occasion not to worry about where he stands on wolves and he also said the board will receive the funding it needs.

Without the work the board funds, the damage caused by wolves to Idaho livestock and the state’s wildlife population would be far greater than it already is.

That said, we remain frustrated that wolves were reintroduced to Idaho in the first place. During public hearings on the proposal to bring wolves to Idaho, it was standing room only and testimony was heavily against that idea.

While the state’s hunting season and creation of the wolf board are good things, the reality is that in some parts of the state, wolves are out of control and having a devastating impact on livestock and wildlife.

We appreciate the support the wolf control board and hunting season have provided to address this problem but more, a lot more, still needs to be done to control the problem.

We look forward to hearing, in the coming days and months, any ideas or proposals that would lead to more effective ways to control problem wolves.