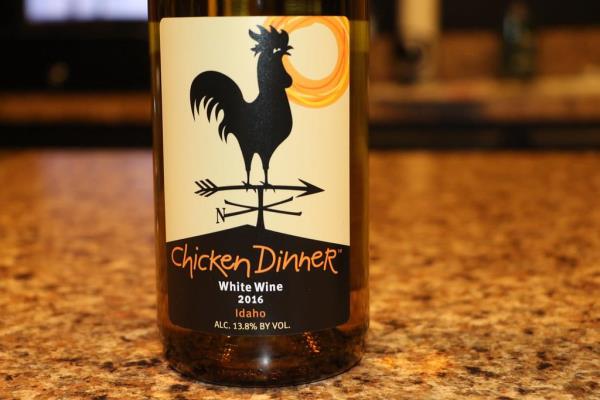 CALDWELL – A request by PETA to change the name of the curiously named Chicken Dinner Road didn’t go over well in Canyon County, which has the highest number of farms in Idaho.

People for the Ethical Treatment of Animals, a national organization whose motto includes the words, “animals are not ours to eat,” sent a letter to Caldwell Mayor Garret Nancolas July 3 asking him to change the street’s name to Chicken Road.

“PETA is asking Mayor Nancolas to change this road’s name to one that celebrates chickens as individuals, not as beings to kill, chop up and label as ‘dinner,’” PETA Executive Vice President Tracy Reiman said in a news release.

In a letter to Nancolas, Reiman asked the mayor to “encourage residents to appreciate chickens as individuals who deserve our respect and cry fowl about this archaic road sign that labels them merely as ‘dinner.’”

According to local legend, the street got its current name after a woman who lives on it invited the governor over for a chicken dinner to make her request that the rutted old road be fixed.

PETA’s request did not receive a warm welcome in Canyon County, which, according to the 2017 Census of Agriculture, has 2,289 farms, far more than any other county in Idaho.

Winery and vineyard owner Gregg Alger, who lives on Chicken Dinner Road, said his immediate reaction upon learning of PETA’s request was, “I thought it was a funny deal.”

His next reaction: “Oh my gosh, you have got to be kidding me.”

Alger’s Huston Vineyards sells wines with the Chicken Dinner Wines label. On the back of the wine bottles is a brief explanation of how the road got its name.

“Maybe I need to change my label to say that no chickens were hurt in the production of this wine,” he said jokingly. “It’s fascinating to me that they would blow something like that name out of proportion.”

Vineyard and fruit orchard owner Michael Williamson said he laughed when he heard about PETA’s request. “I think it’s silly. Chickens can’t read, so what do they care.”

He said the uniquely named road “is part of the heritage of our area.”

“I love animals and I would never want them to be treated cruelly but farm animals have a purpose and that’s to feed people,” Williamson said.

The mayor’s office didn’t respond to a request to be interviewed for this story but Nancolas made his stance on the request crystal clear in a July 3 Facebook post.

“When I first received the letter, I thought it was a joke; I literally laughed,” he wrote. “When I realized the letter was for real, it made me extremely irritated that they would waste our time with such a ridiculous request.”

Nancolas also pointed out that Chicken Dinner Road is a county road and not within Caldwell’s jurisdiction.

“That being said, even if it is was, no way, no chance I would ever consider this truly unbelievable request!” he wrote. “We have many issues to consider, but this is not one of them.”