Idaho Falls dairy beats the odds with triplets, all girls 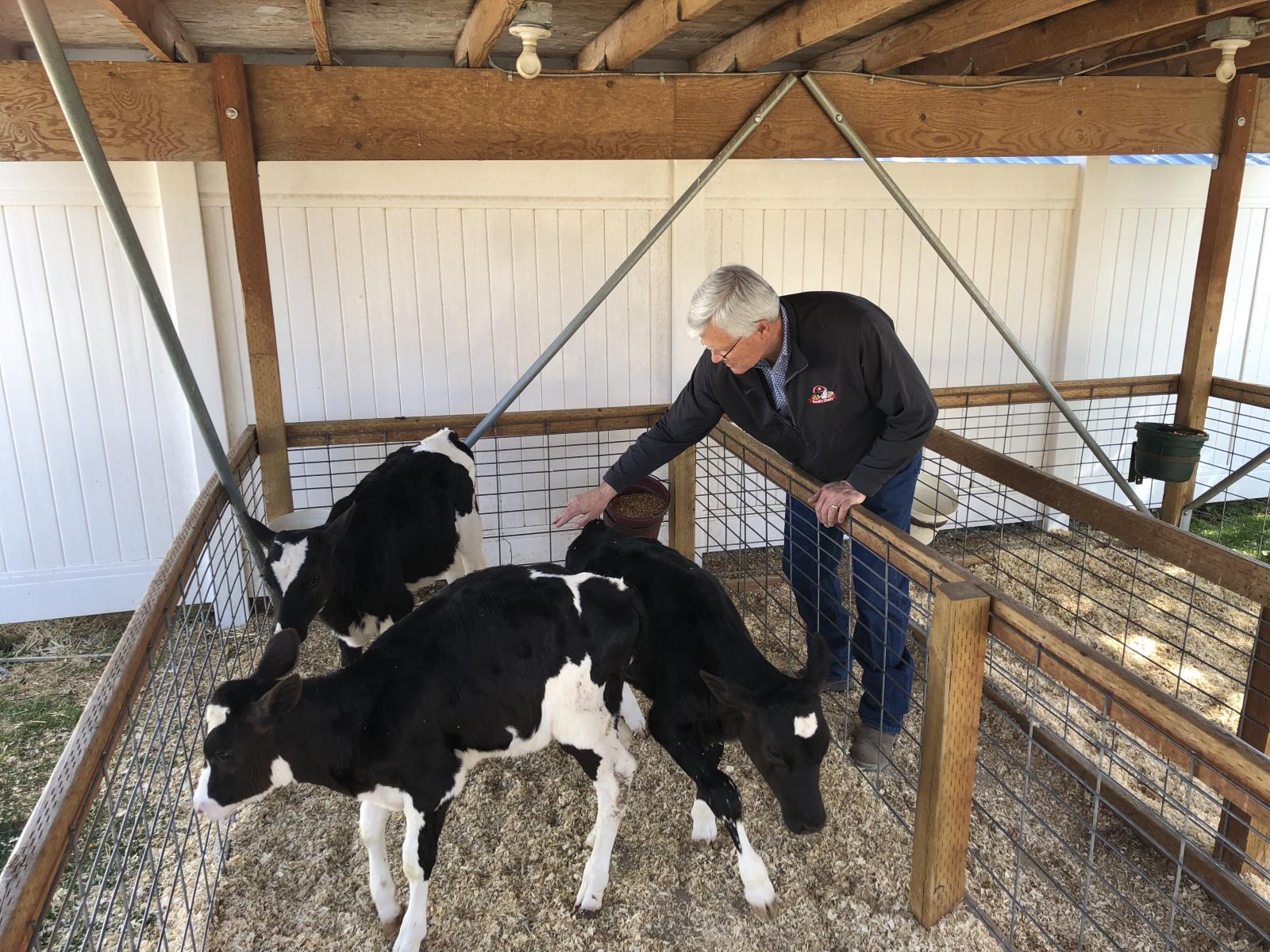 IDAHO FALLS – An Idaho Falls dairy more than beat the odds recently as it welcomed triplets – all three females – into its herd.

Typically, about 1-2 percent of cattle have twins and the chance of a dairy cow having triplets is about one in 100,000, according to Reed’s Dairy owner Alan Reed.

“We have had triplets in the past but not all of them lived,” Reed said. “The fact that all three were the same sex and all three lived is really, really unusual.”

Idaho ranks third in the nation in milk production and has about 620,000 dairy cows.

The new triplets were born at Reed’s Dairy in Idaho Falls on Feb. 23.

“All three calves are … doing great,” Reed said. “Occasionally we’ll get twins but triples – and all female – that’s really something special.”

The calves will join the herd and provide milk for Reed’s Dairy, which sells its products, including bottled milk, cheese and ice cream, locally and in the Treasure Valley area of southwestern Idaho.

The dairy, which has a herd of about 185 Holsteins, was founded in Idaho Falls in 1955 and has been selling milk and milk products to the public since 1962.

Reed’s operates a home-delivery service in Idaho Falls and in the Treasure Valley and has four retail ice cream shops, in Idaho Falls, Ammon, Boise and Meridian.