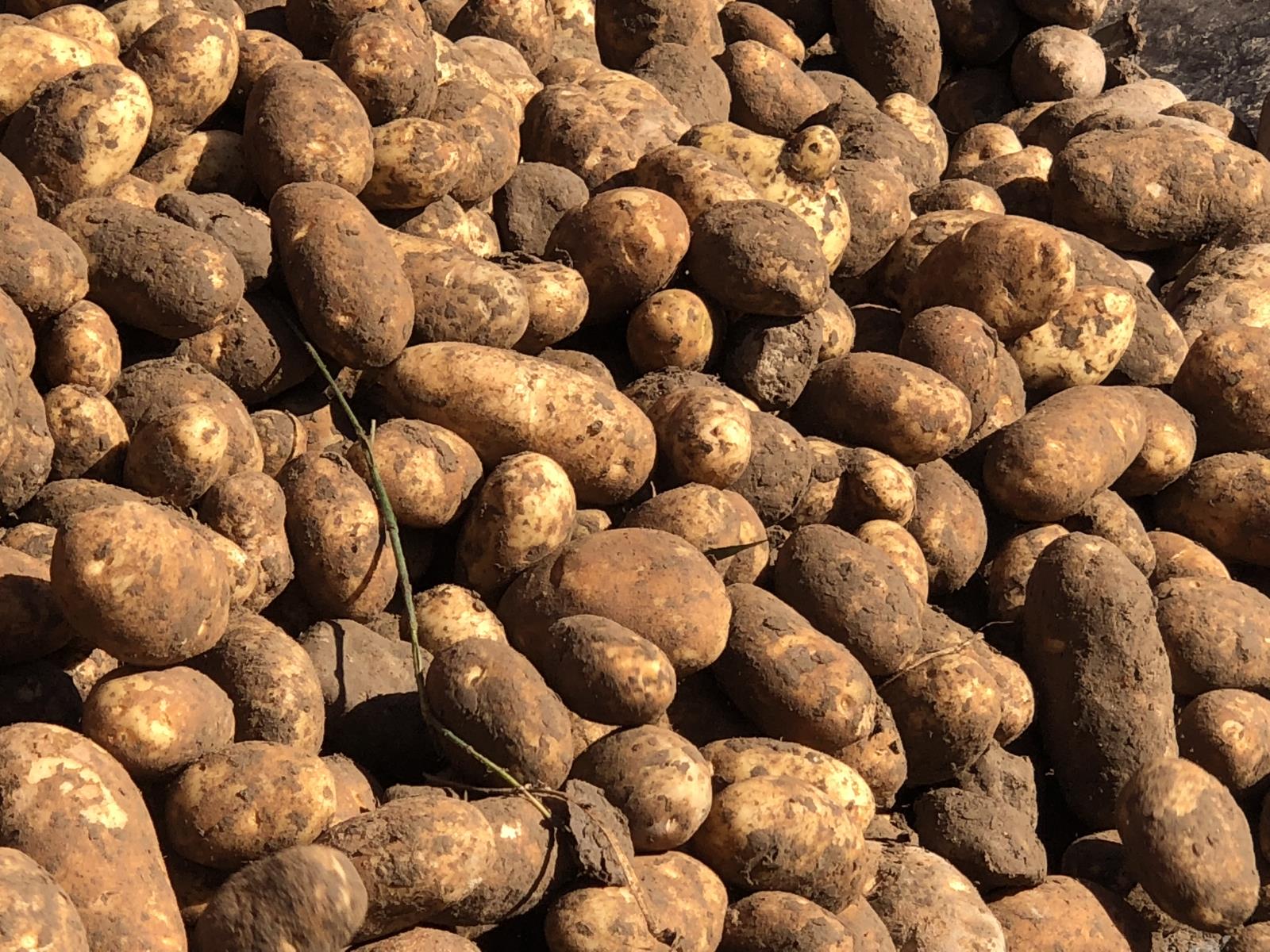 The meetings were held in Aberdeen, Rexburg and Burley and attended by a total of 25 growers, as well as a few state lawmakers. Anyone involved with the state’s potato industry was invited to attend.

IFBF officials told participants the purpose of the meetings was so Farm Bureau could better represent them by developing a deeper understanding of their issues and needs.

“It’s an opportunity to have a discussion about the Idaho potato industry,” said IFBF President Bryan Searle, a Shelley spud farmer. “We’re looking to strengthen the potato industry.”

Searle said IFBF wants to hear directly from potato growers and not assume the organization knows what’s best for them.

“It doesn’t matter what Bryan Searle thinks,” he said. “Our policy comes from the grassroots. Your input is valuable because we’re all after the same goal.”

IFBF Director of Commodities and Marketing Zak Miller said the comments and information gleaned from the meetings will help Farm Bureau determine what issues and policies the organization should support as it works on behalf of Idaho potato growers.

IFBF, which has 80,000 members, including 14,000 directly involved with agriculture, is Idaho’s largest general farm organization and roughly half of the state’s farmers and ranchers are members.

“Farm Bureau has the ability to take a position on many things,” Miller said. “But we want to make sure that when we do that, it’s what the growers want. We try extremely hard to know what the will of our local growers is. That’s why we’re having these meetings.”

Miller said he’s hopeful the meetings will be ongoing and it’s likely the next set will occur in the fall or winter and not during the growing season.

The major theme of the meetings was the low prices Idaho potato farmers are currently receiving for their spuds and there was a lot of discussion about forming some type of potato marketing association.

“Marketing is a topic people are talking about because they are unhappy with prices,” Miller said. “Everyone agreed it’s a concept that needs to be well thought out and evaluated.”

The need to bring in more potato processing capacity to Idaho was proposed as one of the main ways to increase spud prices and participants pointed to a recent Idaho Potato Commission-sponsored study that examined all the costs and benefits associated with building a new processing plant in North America and determined that Idaho has the lowest cost of production.

“That would be huge to get another potato processor in Idaho,” said Travis Blacker, the IPC’s industry relations director. “Whatever Farm Bureau could do to help bring in additional processing to Idaho would be” welcomed.

A lot of issues relevant to the potato industry were addressed during the meetings, including immigration reform and current labor shortages, the challenges and expenses posed by the various audits many potato growers have to undergo, and the need for a reliable transportation system.

IFBF has several commodity committees, including a potato committee, that are made up of active farmers or ranchers.

Searle said the goal of the committees and Farm Bureau as an organization is always to hear directly from the grassroots and work to address their concerns and issues.

“It’s the grassroots who create Farm Bureau policies, both at the state and national levels, and we always welcome input from them,” Searle said. “Any farmer or rancher can become involved with Farm Bureau and have their voices heard.”

“We appreciate everyone who took the time to attend these meetings and Idaho Farm Bureau will seriously consider the thoughts, information, ideas and concerns shared by the participants as we continue to support the state’s potato industry,” he added.

Potato farmer Shaun Blaser, chairman of IFBF’s potato committee, said he was happy with the open discussions that took place during the meetings and a lot of ground was covered on a wide range of topics.

“We had a lot of good discussions on what we need to do as growers to make changes in our industry and we talked about ways that both Idaho Farm Bureau and the American Farm Bureau can help out,” he said. “As a commodity committee, we now have many things to discuss … to try to help our potato industry.”