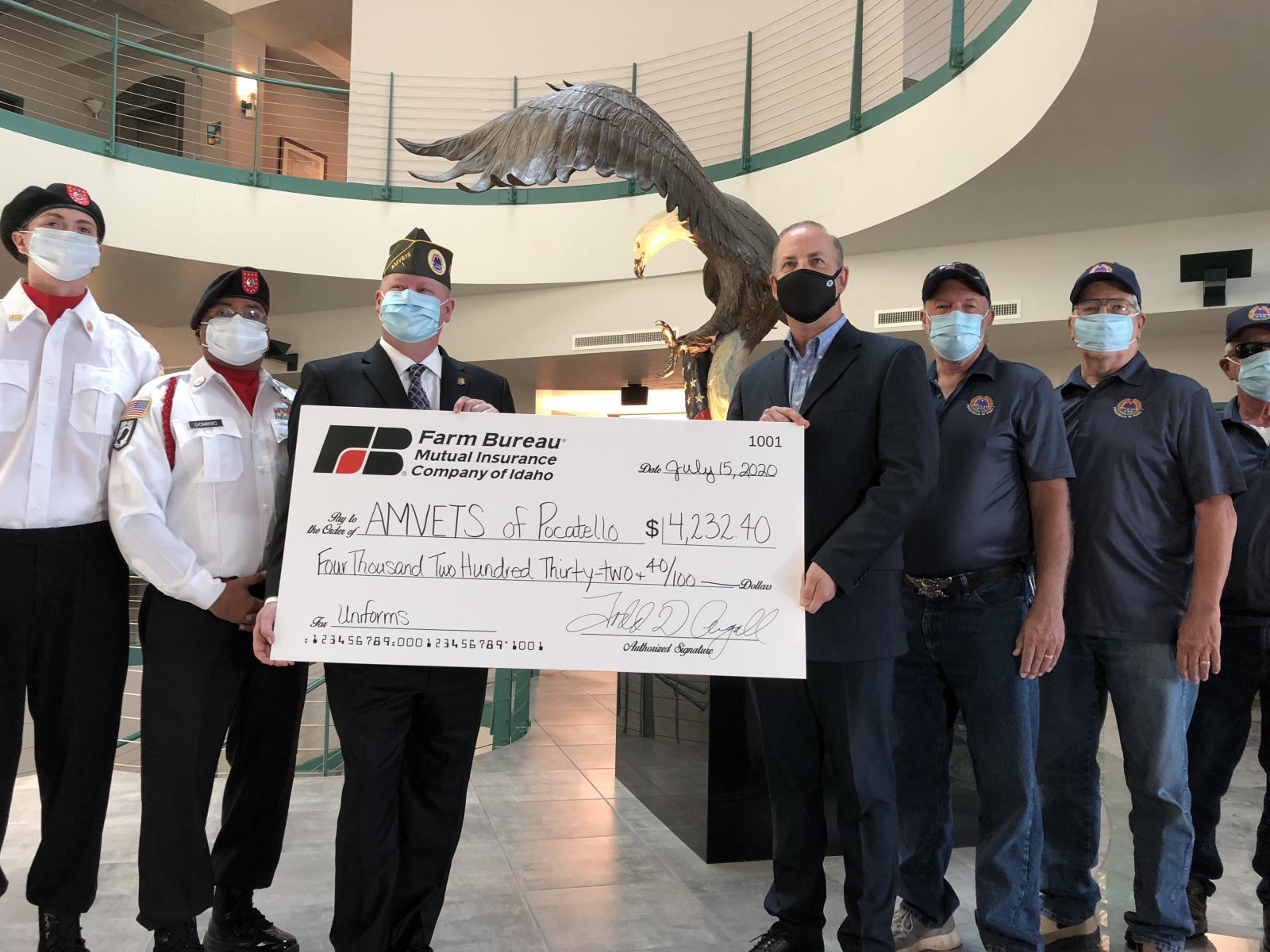 POCATELLO – A recently formed organization that represents veterans in Bannock County got a boost from Farm Bureau Mutual Insurance Co. of Idaho, which donated $4,232 to the group July 15.

American Veterans, which is known as AMVETS, represents about 250,000 veterans around the nation. The group is a federally chartered veterans service organization that was formed with congressional authority in 1944, but the Pocatello chapter was only formed last year and is in its infancy.

So far, it has 85 members in Bannock County, which has 8,400 veterans, the highest number of veterans per capita of any county in Idaho.

During a check presentation ceremony at Farm Bureau’s headquarters building in Pocatello July 15, Lance Kolbet, the commander of the local AMVETS chapter, thanked the insurance company for the money, which will be used to help start the group’s honor guard.

Kolbet said the AMVETS chapter presented Farm Bureau with a wish list of what it would take financially to get the group’s honor guard off the ground and insurance company officials didn’t hesitate to fund the full amount.

“When we sent that over to Farm Bureau, they just said, ‘Done,’” he said. “That’s why the amount is so specific. It’s the exact amount that we needed to really put together the honor guard. It is expensive to get an honor guard off the ground and running.”

Before presenting the check, Farm Bureau Mutual Insurance Co. of Idaho CEO Todd Argall thanked the veterans for their service.

“On behalf of the Farm Bureau, our employees (and) our agents, thank you for the service that each one of you have done unto your country and for your contributions to the community and we hope this helps (you) deliver on your mission to help veterans,” he said. “We’re very supportive of veterans and as the son of a Korean War veteran, it’s near and dear to my heart certainly to support veterans.”

The mission of AMVETS chapters is to support veterans and their families and enhance their quality of life. They do that by sponsoring programs and activities that achieve that goal.

The Pocatello AMVETS chapter has put the Farm Bureau insurance company’s logo on its official car and the local group also presented Farm Bureau with an American flag.