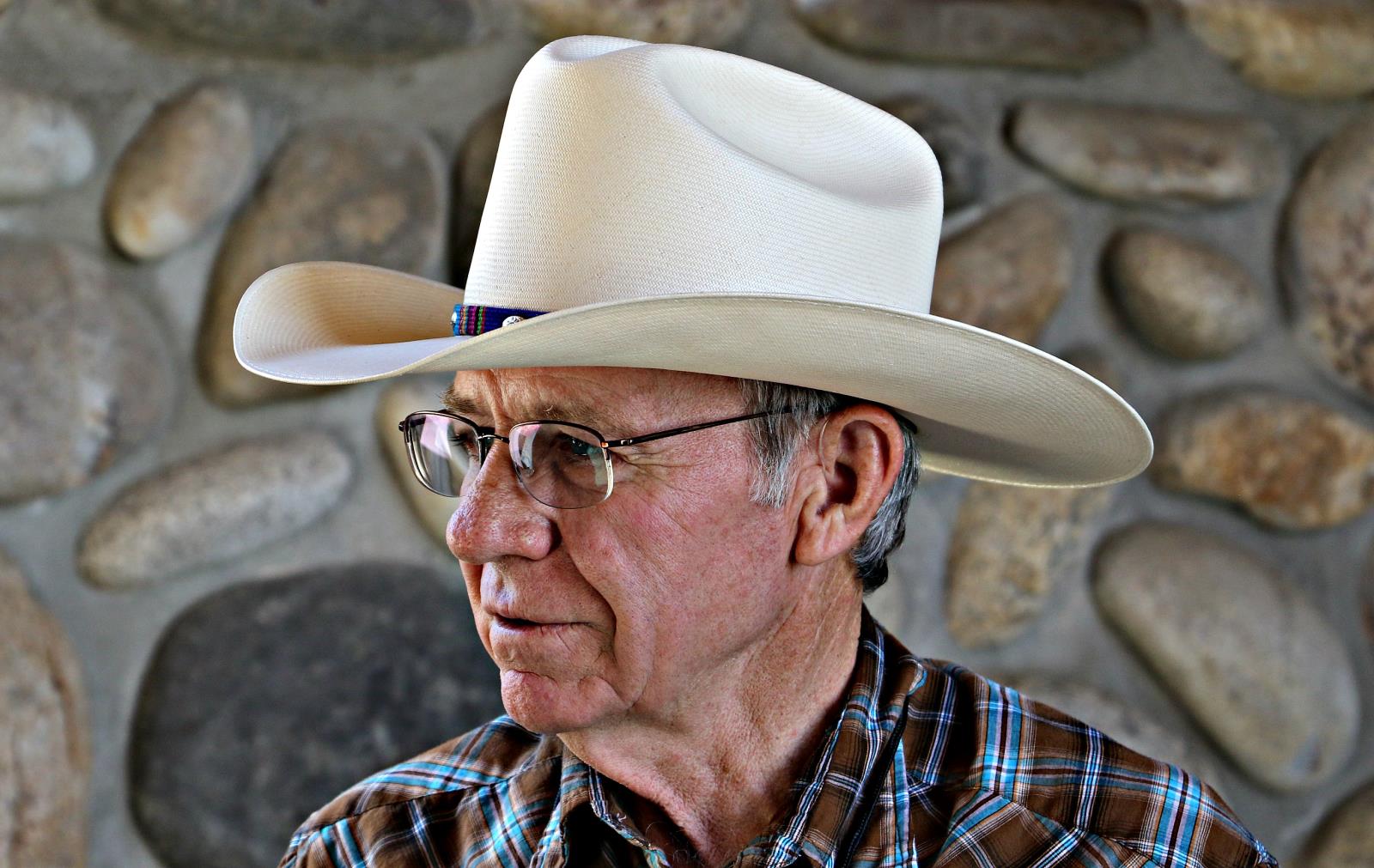 Evans stepped away from the position at the end of September after serving IFBF for more than four decades. He also retired as a veterinarian.

Current and former IFBF employees who served with Evans over the decades hailed him as a common-sense proponent of agriculture whose voice and opinion commanded respect within the organization.

“In all my time with Farm Bureau, I never experienced any one more dedicated to the organization than Rod,” said Dennis Brower, IFBF’s recently retired director of organization, who worked closely with Evans while serving as Farm Bureau’s regional manager for that area. “He was very, very thorough.”

Priestley said it was an honor to work with Evans.

“He’s just a down to earth, common sense guy and his life experience is invaluable,” Priestley said. “He was very well respected in our organization. There were a lot of discussions that were ended when Rod spoke.”

Shortly after moving to Custer County from Colorado in 1973, he was constantly badgered by a friend to run for Custer County Farm Bureau president. He finally decided to do that, thinking he had no chance to win.

But he did win and although he never thought about being re-elected, he was, over and over.

“I didn’t go into it with the idea of being president for that long but it turned out to be a pretty good fit,” said Evans, 70. “It worked out pretty well.”

The position required a lot of meetings and a lot of long hours, on top of the long hours he already put in as the region’s only big animal veterinarian for two decades.

“I didn’t necessarily enjoy going to the meetings or have a lot of time to go to them, but it was something that had to be done,” he said. “It’s been a lot of hard work and stressful at times and it’s time-consuming. But it’s also been enjoyable and I’d do it all over again in a minute.”

Evans’ advice to other Farm Bureau members who, like him before he became CCFB president, may know a little about the organization but aren’t really involved in it is to get involved and ensure their voice is heard on issues that could impact their way of life.

“If you’re not involved and on the agenda, you’re on the menu,” he said.

Evans was born in Kremmling, Colo., and was raised on a large ranch where he grew up dealing with many of the same type of federal land-management issues he would later have to deal with in Custer County, which is overwhelmingly state and federal land.

He moved to the Challis area in 1973 and took over as CCFB president in 1974. He was also the only veterinarian in the region for two decades.

“I’ve known Rod for more than 40 years and he always impressed me with his ability to understand complex issues and to digest them into simple, understandable applications to everyday life,” he said.

That was particularly true when it came to the complex issues dealing with federal land management, Keller said.

Priestley said Evans has a lot of valuable institutional knowledge not only about Farm Bureau but also about land-management issues.

“It’s pretty hard to replace that type of long-term knowledge,” he said. “He really is one of a kind.”

Besides his institutional knowledge of the issues, Evans’ even temperament will also be missed, Keller said.

“He always maintained an even temperament,” he said. “He wasn’t erratic in any way and that installed confidence in other people.”

IFBF’s policy book has Evans and CCFB’s fingerprints all over it, particularly when it comes to wolves, land-management and endangered species issues. American Farm Bureau Federation’s policy book also has his fingerprints on it on those same issues, as well as wild horses.

Evans has spent countless time commenting on and dealing with these and other issues important to farmers and ranchers. While a lot of ground has been gained, he said, it’s also a little exasperating that those same issues keep popping up.

“It’s frustrating,” he said. “Even though you think you’re making some progress, you never seem to win and the next year you come back with the same problem but just a different angle on that problem.”

“There’s been enough work done on some of these issues that you’d think you’d get them solved, but it seems like it’s the same issues all the time,” Evans said.

That’s why it’s so important to have an organization like Farm Bureau staying on top of these issues, he added.

For the average farmer or rancher, it’s almost impossible to do that, he said.

“Farm Bureau is kind of the watch dog,” he said. “I think it would be almost impossible to keep up with everything if you didn’t have an organization like Farm Bureau that represents agriculture at the state and national level.”

County Farm Bureau meetings are open to the public so if you have a problem or an issue you want to discuss, show up for a meeting and get involved in Farm Bureau, Evans said.

“If you’re interested at all in promoting agriculture or your own business, it’s the only way to do it I think,” he said. “They act as a watchdog and they know what’s coming and what the issues are. Because of the grassroots nature of Farm Bureau, this organization is everywhere. There’s not much that escapes them.”