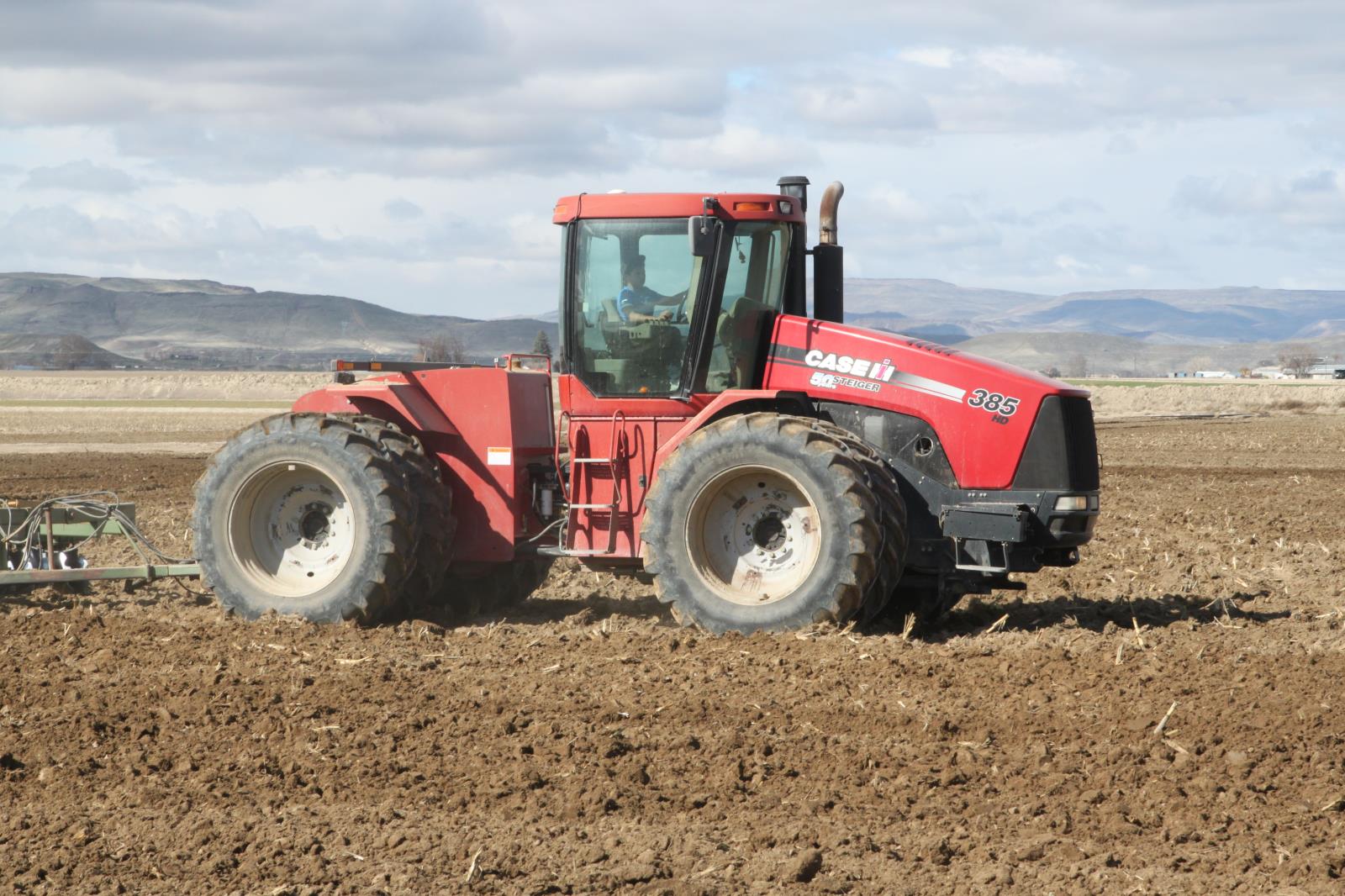 POCATELLO – The 2017 Census of Agriculture shows that Idaho’s biggest farms contribute far more to the state’s economy than the smallest size farms even though those hobby farms far outnumber the larger ones.

During that same period, the total number of farms nationwide declined by 3 percent, from 2.1 million to 2.042 million.

While Idaho bucked the national trend and added farms from 2012-2017, most of those new farms were very small farms, from 1 to 9 acres in size, and the census data showed that the state’s biggest farms continue to generate the vast majority of Idaho’s farming revenue.

“We have a lot more operations in the 1- to 9-acre category,” said Randy Welk, Idaho state statistician for USDA’s National Agricultural Statistics Service.

But, he added, “The large farms are the ones that are contributing the most to Idaho’s economy, agriculturally. Your big farms, by far, have the biggest impact on Idaho’s economy. Your small farms have almost no impact on the economy.”

The largest farm category, the 2,000 acres and above category, produced 58.6 percent of total farm product sales in Idaho in 2017 while the smallest category, 1-9 acres, produced only .01 percent of farm sales.

“There are a lot more farms in Idaho in the 1-49 acre category but they are not giving a lot to the economy,” Welk said. “What’s impacting the economy is coming from the larger farms.”

“Those type of farms are a lifestyle, not a business,” he said. “We will certainly not feed the world, or Idaho, with that kind of farming.”

The 2017 census data revealed an unexpected but welcome surprise. Idaho ranked No. 1 in the United States when it came to the percentage of farmers in a state who used the internet to return their census survey.

According to NASS, of all the farmers in Idaho that returned a survey, 34.46 percent did so online. The national average was 23.73 percent.

Welk said that No. 1 ranking was somewhat surprising given there are some areas of the state with little or no internet access. However, he added, the ranking shows that “Idaho farmers are technologically savvy. They are modern.”

Idaho ranked No. 12 when it came to farms that have access to the internet and according to a recent national broadband study, Idaho has the fourth slowest internet speeds in the nation.

“That was pretty shocking,” U of I Agricultural Economist Ben Eborn said about Idaho’s No. 1 online survey response ranking. “Somehow, Idaho farmers are finding out how to stay connected.”

The census of ag is conducted by USDA every five years and is an attempt to count every farm and ranch in the United States that produces or would normally produce at least $1,000 wroth of farm products during the census year. It contains a host of data down to the county level and is the only source of this type of information in the country.

Idaho ranked No. 12 in the nation when it came to the percentage of farms and ranches in a state that returned a 2017 survey. Idaho had a 74.3 percent response rate, which was ahead of the overall U.S. response rate of 71.8 percent.

“This hollowing out of mid-sized farms has been the trend for several years,” Eborn said.

The census data showed a significant increase in the number of women farmers and ranchers as well as young producers but that was largely a result of a change in how USDA collected data in 2017.

Whereas USDA reported one principal operator of a farm or ranch in the past, in 2017 the department expanded its reporting to include up to four primary decision makers on a farm. For example, if a couple was operating a farm in the past, USDA would count only one of them as the operator, but in 2017 they could count them both.

This means there cannot be an apples-to-apples comparison to past census data when it comes to the number of women and young operators. However, the increased numbers do provide a clearer picture of the role that women and young producers play in agriculture.

The census did show that the average age of principal farm operators increased from 58.3 years to 59.4 years.

That was no shocker, Taylor said. “It’s been going up every census. Farmers are getting older.”

The big jump in organic acreage is no big surprise, Taylor said, and the revenue increase is a result of big organic farms entering the mix.

“What you’re seeing is big ag getting into the organic market and they will devastate the price for small organic producers,” he said. “That’s not what the small, sustainable organic farmers want to see. It’s a game-changer for them and they are going to face increasingly intensive price competition.”

According to the census data, the number of organic farms and ranches in Idaho increased from 211 in 2012 to 260 in 2017 and total organic sales in the state increased from $56 million to $129 million.

The total market value of all agricultural products sold in Idaho decreased from $7.8 billion in 2012 to $7.57 billion in 2017, the result of lower overall farm commodity prices.

Given that farm revenue has fallen during that period while expenses have remained steady, “That’s no shocker,” Taylor said.

Fifty-eight percent of the total market value of all Idaho ag products sold in 2017 came from the state’s dairy sector and 42 percent from crops. In 1997, that ratio favored crops 54 to 46 percent but it flipped in 2002 in favor of livestock at 54-46 percent.

The census data shows that Idaho is not super diverse when it comes to the ethnicity of farm producers.

According to the data, 43,673 ag producers in Idaho classified themselves as white in 2017, 1,258 were Hispanic, 241 were American Indian, 106 were of Asian descent, 27 were native Hawaiians or Pacific islanders and 11 were black.

The 2017 census showed there were 44,355 agricultural producers in Idaho, up 12 percent from 39,747 in 2012 but that increase was a result of the USDA counting more decision makers on farms.

USDA counted the number of farm producers with military service for the first time in 2017 and found that 4,613, or 10.4 percent, of Idaho’s producers have served in the military. Nationwide, that number was 11 percent.

According to the census data, there were 13,033 new and beginning farmers – producers who have been farming 10 years or less – in Idaho in 2017 and their average age was 45.7, less than the average age of 56.4 for all of Idaho’s producers.

Nationwide, the data showed that a little more than half of all U.S. farms lost money in 2017 and the average loss per farm was almost $21,000.

In a Market Intel article written for American Farm Bureau Federation, AFBF Agricultural Economist Veronica Nigh said the 71.8 percent national response rate to the 2017 Census of Agriculture “is clearly impressive … With over 6.4 million data points, the Census of Agriculture is a rich source of data, which we will be combing through and analyzing for years to come.”