“I predict future happiness for Americans, if they can prevent the government from wasting the labors of the people under the pretense of taking care of them.” President Thomas Jefferson

Restoring the Balance of Powers

BOISE - This week the House approved H135 on a vote of 49-20-1. H135 is one of the bills in a package of bills that the House and Senate are proposing to address the emergency powers that the Governor utilizes during declared emergencies or states of disaster.

Countless citizens have complained to their legislators over the past year about the sweeping and dramatic powers that have been exercised in Idaho in response to COVID. Many were astonished that rights which are specifically protected by the Constitution were abolished in the name of the emergency.  The legislature is methodically and carefully reviewing the emergency powers laws and making measured and reasonable changes to restore the balance of powers between branches of government as specified in the Idaho Constitution.

H135 would apply primarily to natural disasters such as floods, earthquakes, severe blizzards, droughts, etc.  It continues to allow the Governor to declare a disaster and to reduce or eliminate regulatory barriers to response.  It would not allow, however, the Governor to unilaterally change Idaho laws.  That is the duty of the Legislature as stipulated in the Constitution.

H135 would prohibit the Governor from “restricting the right of Idahoans to work, provide for their families, and otherwise contribute to the economy of Idaho” unless the order is very narrowly tailored to meet a very specific need. The legislation declares that all jobs are essential.

H135 prohibits a declared disaster from lasting longer than 60 days without the legislature extending it.  It also forbids the limitation or suspension of any constitutionally protected rights, including but not limited to the right to peaceable assembly and the right to the free exercise of religion.

Several other bills which are working their way through the process address other aspects of the emergency powers that have caused concern amongst Idahoans. Legislators are making it clear that they are not attempting to reduce the ability of the Governor nor the government to react quickly and appropriately when a disaster occurs. They are working to ensure that the rights of all Idahoans are protected and not subverted during these trying circumstances. IFBF supports preserving the constitutional prerogatives of each branch of government and opposes any encroachment from other branches. IFBF supports H135. 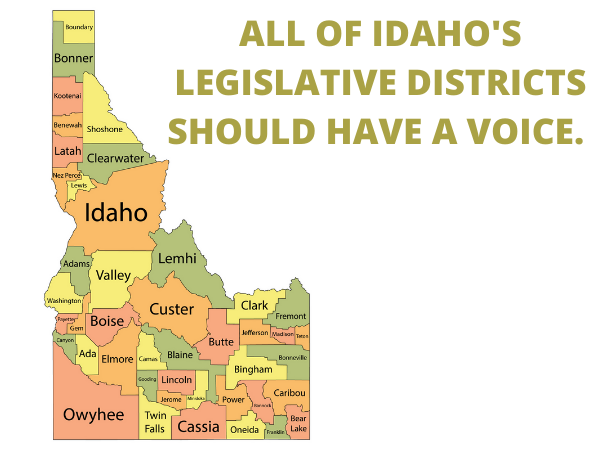 BOISE - This week the Senate State Affairs Committee approved S1110 with a vote of 6-3, and it will now be considered by the full Senate next week. S1110 does one simple thing. It ensures that there is minimal support for an initiative across the entire state prior to it qualifying for the ballot.

Currently, state law requires those who want to place an initiative on the ballot to gather the signatures of 6% of the total number of registered voters. Of that total, there must also be at least 6% of the registered voters in each of at least 18 legislative districts. Unfortunately, both requirements can be met by gathering signatures in only four Idaho Counties, Ada, Canyon, Kootenai and Bonneville.

S1110 does not increase the total amount of signatures required, but instead ensures that the signatures are spread out across the entire state. That way, initiatives that are good for one part of the state, but would impose negative consequences on other parts of the state, would be less likely to qualify for the ballot.

Initiatives bypass the normal legislative process, yet they create laws. They should be rare and only address those issues which the legislature refuses to address. S1110 helps to ensure that all parts of Idaho have a say in that important process, not just those areas that would benefit.

We appreciate Senator Steve Vick (R-Dalton Gardens) for sponsoring S1110. Thank you to the many Farm Bureau members who testified in favor of S1110 in committee, and to those who have sent an email to their Senator in support. Farm Bureau policy #136 states: “We support requiring all ballot initiatives to collect signatures from 6% of registered voters in each of the 35 legislative districts.”  IFBF supports S1110. 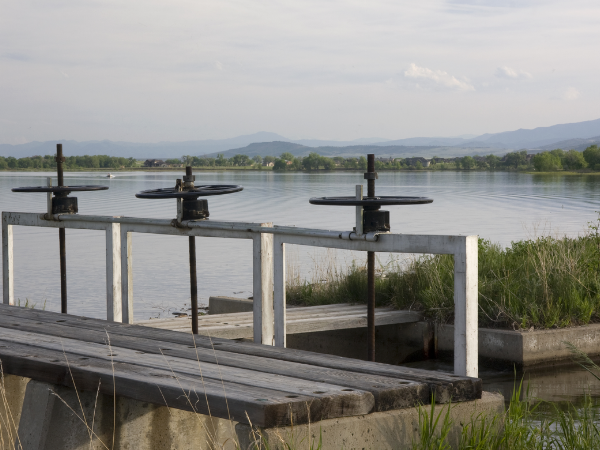 The proposed legislation authorizes a voluntary water quality innovation and nutrient trading program in the state and provides the DEQ authority to regulate the program. Such a program stands to benefit the regulated community and other water users that have interest in implementing significant water quality improvement projects throughout the state.

Water user representatives, DEQ staff, and farmers testified in support of the bill, and illustrated the positive outcomes that could be realized throughout the state. It was mentioned that for years the primary focus of water issues in the state have been related to quantity and storage. While those two general topics will surely continue to be discussed and debated, water quality issues are rising in the level of interest and consideration.

BOISE - This week, the House Agricultural Affairs Committee had under consideration two bills that are important to the dairy industry in Idaho. First, H51 simply requires ISDA to continue to allow dairy farms to be able to choose which nutrient management standard they prefer to use, either the phosphorus threshold method, or the phosphorus indexing method.

ISDA has acknowledged that both methods are equally protective of the environment, yet for some reason they planned to phase out the use of the phosphorus threshold method. Many smaller dairies preferred that method since it was simple and easy to administer and cheaper to implement. The House Ag Committee sent H51 to the floor with a “do pass” recommendation. It will now be considered by the entire House early next week.

Separately, the House Ag Affairs committee considered H167 and also approved it with a “do pass” recommendation. H167 clarifies existing Idaho law which requires ISDA to “utilize the best available peer reviewed science” when promulgating rules that apply to dairies and beef cattle feedlot nutrient management. This certainly sounds appropriate. Nobody wants ISDA to use bad science. However, what has happened over time is this requirement has become a way to prevent needed changes to rules from being enacted as ISDA has required that science be presented by the producers to show that the change is necessary.

What H167 does is clarify the language so that the best peer reviewed science will be used, when available, but it also adds additional language to ensure that the science requirement is balanced with economic feasibility. This means that even if something is scientifically possible, but not yet commercially available or cost effective, it cannot be required.

Both bills are sponsored jointly by the Idaho Dairymen’s Association, Milk Producers of Idaho and the Idaho Farm Bureau Federation. IFBF supports both H51 and H167. 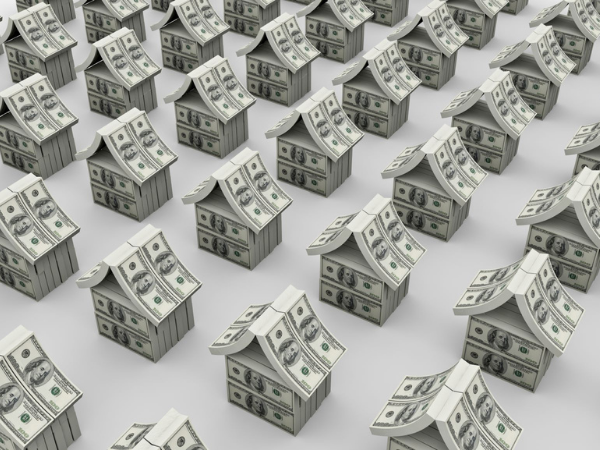 BOISE - After weeks of arm twisting and negotiations, Senator Jim Rice (R-Caldwell) has an updated proposal to finally moderate increases in property taxes and help ensure that growth pays for itself rather than causing everyone’s property taxes to increase. It has been discovered, and taxing districts have now acknowledged, that the current formula for determining property taxes has an internal flaw which causes property taxes for all citizens to rise when the district is experiencing modest to rapid growth.

S1108 is a compromise bill that was arrived at after negotiating with many local taxing districts to address their concerns over earlier versions of this bill. Essentially, what S1108 does is modify the way new construction is factored in property tax calculations for the taxing district budget. S1108 would modestly reduce the contribution of new construction growth to taxing district budgets in the first year when that growth occurs. That does not mean the actual tax paid on new construction will be less than existing properties, it only means the addition of that new property to the budget does not allow the budget to grow as quickly as it currently does.

After some heated testimony from many locally elected officials as well as those whose salaries are paid by property taxes, the Senate Local Government and Taxation Committee voted to approve S1108. It will now be considered by the entire Senate next week and will then go to the House for further consideration. IFBF supports economy at all levels of government. IFBF supports S1108. 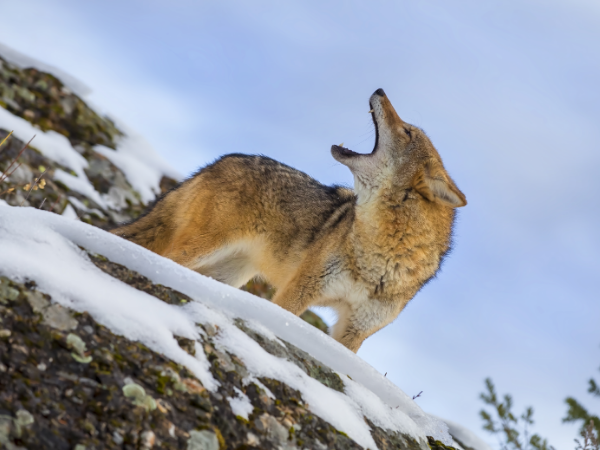 BOISE - H91 passed the House floor unanimously this week and has been sent to Senate Resources & Environment Committee. This bill simplifies code to make the use of bait for trapping fur-bearing and predatory animals uniform. Currently the use of naturally killed big game as bait is allowed for trapping, but only for wolves. It only makes sense to simplify the rules to include predatory and fur-bearing animals as well. This way there are no disparities between the different classifications of animals. Trappers are a key component when it comes to wolf control in Idaho. This clarification in code allows them to concern themselves more with what they do best, which is trapping, instead of constantly being concerned if they are in compliance with an inconsistent law. This law is for use of wildlife as bait and does not include any natural kill of livestock on the range. The trapper must also be in compliance with salvage laws, as referenced in H91. IFBF policy #78 supports H91. 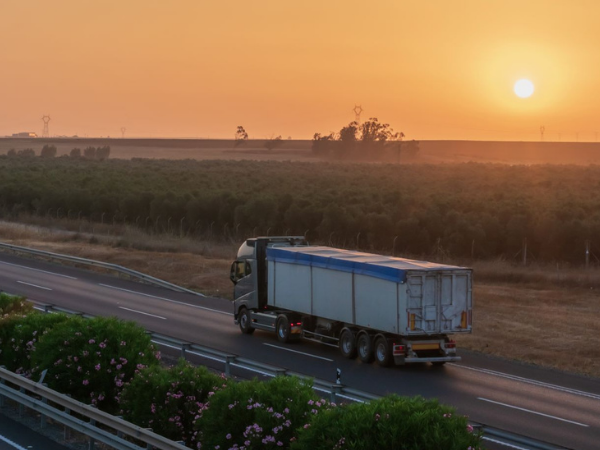 BOISE - For our members who are following this legislative session, we have received some questions concerning a couple of transportation bills. This article is meant to offer some clarification on what these bills are and what they entail.

The first is H159 – Vehicle Load Coverings. This bill removes the exception currently in place that does not require open-top trucks/trailers to be tarped. More specifically the bill strikes the language that loads are not required to be tarped if six inches of freeboard is maintained. This is mostly trying to target loads of dirt, sand and gravel. It is important to keep in mind that there is already an agricultural exemption in code for the requirement of tarps that is separate from the line being stricken in this bill. Even under this new bill agricultural products, by-products, materials and inputs are exempt from having to be tarped. Due to the agricultural exemption that is already built into the legislation, IFBF is taking a neutral position on the bill, but will continue to monitor H159 for our members.

The second is S1113 – Vehicle Inspection, noncommercial. This bill is meant to clarify ITD’s stopping and inspection authority at check stations. Specifically, it clarifies that non-commercial vehicles are not required to stop at check stations. An example would be a horse trailer being pulled by a pickup headed to a trailhead for recreational use is required under current statute to pull in at all check stations. This bill adds a new section in this part of code to clarify that privately owned non – commercial vehicles will not be required to stop at checking stations, even listing out horse trailers and recreational vehicles to clarify they are not considered commercial, so long as they are not being used for a commercial purpose. IFBF is taking a neutral position on the bill but will continue to monitor S1113 for our members.

If you have any further questions concerning these two bills, please reach out to Chyla Wilson in our Boise office.