“There is scarcely a word in the constitution of any of our States or of our nation that was not written there for the purpose of protecting the liberties of the people from some servitude which a despotic government had at some time imposed upon them.” President Calvin Coolidge 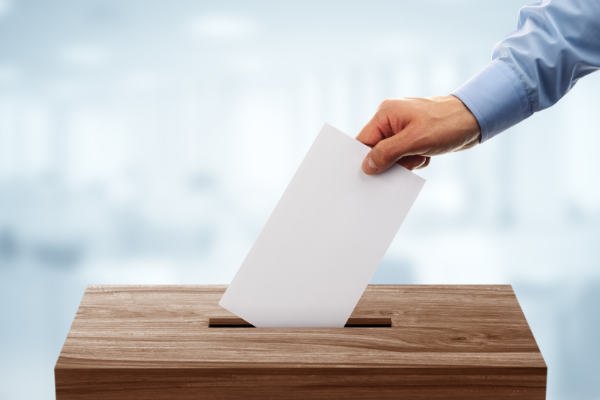 BOISE - This week, the House approved S1110, the initiative bill by a vote of 51-18. This now puts pressure on Governor Little to approve S1110 as both chambers have approved S1110 by a veto-proof majority. As you may remember, two years ago Farm Bureau was instrumental in supporting a more robust initiative reform package which Governor Little ultimately vetoed after previously assuring legislators that he stood “shoulder-to-shoulder” with them in supporting initiative reform.

That package back in 2019 did three things. It increased the number of signatures required to qualify an initiative for the ballot, it reduced the time allowed to gather signatures, and it required signatures to be gathered within 32 legislative districts. Governor Little announced that he could not support the bill at that time as it raised the bar too high. He stated that he could support reforming one, or maybe two of those major items, but he just could not support strengthening all three areas of initiative reform.

Taking the Governor at his word, this year the Legislature, and Farm Bureau, have pursued strengthening the initiative process in just one of the areas that was addressed two years ago. IFBF policy #136 states “We support requiring all ballot initiatives to collect signatures from 6% of registered voters in each of the 35 legislative districts.” We have worked with the Governor’s staffers throughout this process to keep him informed of our intentions and why this is so important to our members. We have also reminded him of his stated support for reforming one, or possibly two areas of the initiative process.

S1110 does exactly what IFBF policy #136 states. It requires signatures to be gathered from 6% of registered voters in each of the 35 legislative districts to ensure that there is a minimal amount of support in every area of Idaho before an initiative qualifies for the ballot. S1110 does not require any additional signatures from the current process, it simply requires that they be spread more evenly across the state instead of coming primarily from the more populated areas of the state. S1110 does not reduce the amount of time allowed to gather signatures.

Despite threats from some that Judge Winmill would likely rule against S1110, both the 9th and 10th Circuit Courts of Appeals have upheld very similar provisions in Nevada and Colorado. There is strong legal precedence that a state has a compelling interest to ensure that there is a minimum amount of statewide support for a measure before it is placed upon the ballot. The courts have repeatedly stated there is no First Amendment right to place an initiative on the ballot. There has also been far less acrimony and pressure from opponents this year than there was two years ago. They seem resigned that the bill will pass and that it will likely be upheld in the courts due to cases that have occurred on this subject over the past two years.

IFBF is very grateful to all of our members who took the time to write messages in support of S1110 to their legislators, or who testified in the hearings in both the House and Senate. It really makes a huge difference when the legislators hear directly from their constituents and the citizens of Idaho. The successful passage of S1110 would not have been possible without our member's engagement and support.

We also want to thank the sponsors of S1110 for their dedicated and diligent efforts in presenting the bill and working with their colleagues to secure support. Senator Steve Vick (R-Dalton Gardens), Rep. Jim Addis (R-Coeur d’Alene), and Rep. Sage Dixon (R-Ponderay) all did a magnificent job of shepherding this bill through the legislative process.

All democrats and six republicans voted against S1110, including Rep Marco Erickson (R-Idaho Falls), Rep Marc Gibbs (R-Grace), Rep Mike Kingsley (R-Lewiston), Rep Dustin Manwaring (R-Pocatello), Rep Caroline Troy (R-Genesee), and Rep Fred Wood (R-Burley). Governor Little now has five legislative days once S1110 is presented to him to sign the bill, allow it to go into effect without his signature, or veto the bill. The legislature will still be in session and would be able to address a veto if that should occur. IFBF supports S1110. 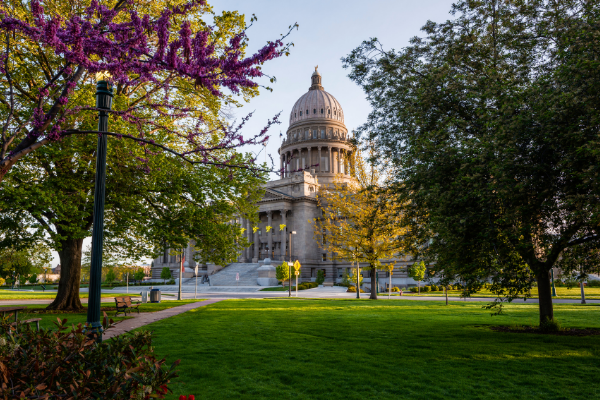 BOISE - This week the Legislature has resumed their labors and is hard at work to finish up the important work of the session. Both chambers have been very diligent at working through the bills that are ready for a floor vote, which has significantly increased the number of bills that have completed all the steps in the legislative process.

Now, the legislature is beginning to focus on the few remaining issues that they have told their constituents they would resolve this session. That includes property tax relief, income tax relief, wolves, and planning on how to allocate the billions of dollars coming to the state through the federal American Rescue Plan Act (ARPA) of 2021, which could potentially raise some obstacles to adjournment.

So far, a number of ideas have been floated on each of these issues, but there is growing consensus that may allow the legislature to wrap up their business within the next couple of weeks. On property taxes, it appears there will be an “omnibus” package that will include a number of ideas that will both restrain spending as well as provide additional exemptions for homeowners. Farm Bureau will be watching very closely and working with legislators to ensure that agricultural land, which already pays far more in taxes than it receives in services, is not unfairly disadvantaged. This issue is still developing and is very fluid at this time.

There appears to be a growing appetite to reduce the rate in all income tax brackets, cutting the top marginal bracket from 6.925% to 6.5%. The House has already passed H332, which does just that, while also providing a one-time rebate to all 2020 income tax filers equal to approximately 9% of their 2020 tax liability, with a minimum rebate of $50. This week, the Senate Local Government and Taxation Committee sent H332 to the amending order to correct some technical errors, but also made it clear that the committee members want to “tweak” the bill to add other features. IFBF supports cutting income tax rates as the current rates are bringing in excess revenues and represent over-taxation of Idaho citizens.

The House has introduced three bills this week that would each form a special committee to determine how to allocate funds coming to Idaho from the federal government through the ARPA act. One committee will make recommendations to the legislature next year on water infrastructure projects.

Another will make recommendations on broadband and sewer infrastructure projects, while the third committee would recommend any other type of projects. The vast majority of this money does not need to be spent for 3 or 4 years, so the legislature is wisely taking a methodical approach to determine how best to utilize the funds. IFBF will be watching these bills closely as this process continues to ensure that all one-time federal funds are used prudently to reduce burdens on Idaho citizens and are not used to implement or support any ongoing programs which will become a future burden when this money is depleted. 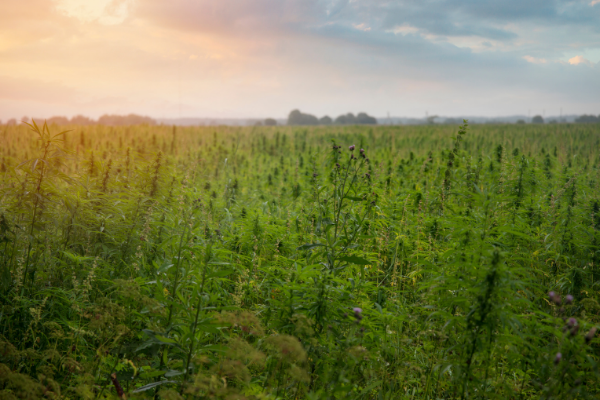 BOISE - This week, on a 30-5 vote, the Senate passed H126 regarding industrial hemp. The legislation would legalize the production, processing, transportation, and research of industrial hemp pursuant to a license in the state. A more detailed description and overview of the bill can be found in previous Capitol Reflection articles (see: Issue 5 and Issue 7). The bill now moves on to the Governor for his consideration.

Sen. Jim Guthrie (R-McCammon), the bill’s Senate sponsor, likened the process/effort to legalize the production of industrial hemp in the state to a football game that has been played over the past several years. It has taken time, but a responsible, balanced policy that allows for a new industry in the state while also respecting Idaho’s drug policy has been produced. It truly has been a team effort with input from many dedicated individuals.

Farm Bureau recognizes and thanks the many individuals, stakeholders, and legislators that worked together in the creation of this bill. H126 is not the product of just one person. Nonetheless, Farm Bureau gives a special thanks and appreciation to Sen. Jim Guthrie, Rep. Clark Kauffman (R-Filer) for serving as the bill’s floor sponsors, and to Sen. Abby Lee (R-Fruitland), Rep. Caroline Troy (R-Genesee) for their input, leadership, and years of effort on this legislation. Additionally, Farm Bureau expresses appreciation to the interested producers and industry members who supported and advocated for the passage of the bill throughout the process. We also acknowledge and appreciate the work of other legislators on this topic over the years, including Sen. Mary Souza (R-Coeur d’Alene), Sen. Jim Rice (R- Caldwell), Sen. Grant Burgoyne (D-Boise), Rep. Judy Boyle (R-Midvale), and Rep. Dorothy Moon (R-Stanley).

In addition to the Senate’s action this week on H126, the Joint Finance and Appropriations Committee passed the funding/appropriation for ISDA to carry out the oversight and regulatory aspects of the hemp bill. The total appropriation was $150,000 to cover the cost of hiring a program manager, to contract for inspection and sampling, and other startup costs for the program. Rep. Caroline Troy explained to the committee that this should be seen as an initial investment by the state and that the expectation is that this program will become self-sustaining through dedicated funds in the future.

IFBF Policy #9 states “[w]e support legalizing the production of industrial-grade hemp with 0.3% THC, or less in Idaho, and to authorize the University of Idaho and the Idaho Department of Agriculture to conduct research and pilot programs to determine suitable varieties to meet market demand.” IFBF supports H126. 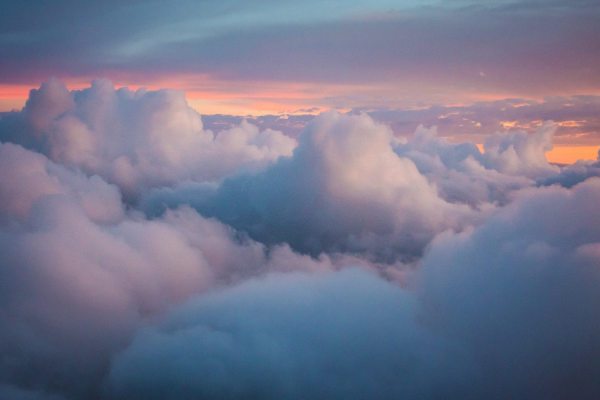 The bill is sponsored by Rep. Marc Gibbs (R-Grace) and supported by IFBF, Idaho Water Users Association, Idaho Ground Water Association, among others. Opponents of the bill largely expressed concerns regarding the use of silver iodide, lack of DEQ/government permitting, the liability protection granted to cloud seeders.

Idaho Farm Bureau Policy #14 expresses support for cloud seeding and encourages continued investment in its application and research. The policy goes on to state that we support the legislature and the Idaho Water Resource Board continuing to study and fund cloud seeding efforts. IFBF policy also supports the state’s first in time, first in right doctrine, and state control of water issues within appropriate Idaho agencies. IFBF supports H266. 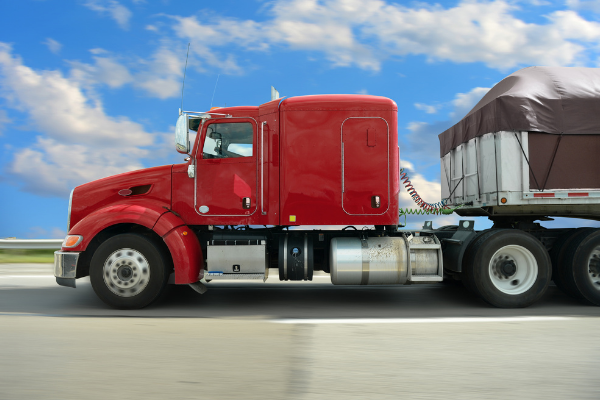 BOISE - H362 is the new transportation funding bill that is replacing H314. It has passed the House floor 59-11 and has been assigned to the Senate Transportation Committee.

This bill still increases the percentage of sales tax that is distributed to the Transportation Expansion and Congestion Mitigation Program (TECM) from 1% to 4.5%. This money is normally used to bond for larger projects within ITD. The bill also allows some of these funds to now be available for use by local units of government.

The change from H314 is ITD would now receive the first eighty million dollars and then any amount that exceeds that is appropriated to local units of government. This essentially means that local highway districts will not get as much money from this source initially, but as the economy continues to grow, their share will increase meaning they will receive much more in future years. Making this adjustment aligns this bill with Governor Little’s ask for new continuous transportation funding going forward in the amount of eighty million dollars. IFBF has no stance on H362.