"In a government of laws, the existence of the government will be imperiled if it fails to observe the law scrupulously. Our government is the omnipresent teacher. For good or for ill, it teaches the whole people by example. Crime is contagious. If the government becomes a lawbreaker, it breeds contempt for the law; it invites every man to become a law unto himself; it invites anarchy." Justice Louis Brandeis in  Olmstead v. United States (277 U.S. 438, 1928)

Governor Reports on State of the State 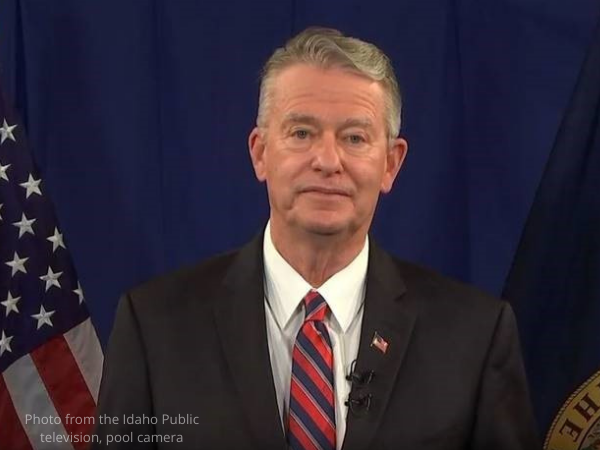 BOISE- This week Governor Brad Little delivered his third “State of the State” address which departed in several ways from the traditions of the past.  Due to Governor Little’s ongoing emergency order over COVID-19, he did not deliver his address in the House Chambers to the members of the House, Senate, Idaho Supreme Court, agency heads and other dignitaries.  Instead, Governor Little delivered his speech in the Lincoln Auditorium, which is located in the basement of the Capitol and has a seating capacity of over 300 people.  The auditorium, however, was empty, and the doors were locked.  Nobody was allowed into the venue.  Governor Little delivered his speech over the internet to the Legislature who watched from their respective chambers.

The speech itself was only 31 minutes long, which is much shorter than the historic norm.  Perhaps some of the difference in length was due to the fact that nobody was in the room with him, so there were no pauses for applause during the speech, which traditionally happens frequently.  A full 15 minutes of the speech was devoted to the Governor’s response to COVID, justifying his actions and explaining his rationale.

The Governor then listed some of his priorities and budget suggestions for the coming session.  Some of the items of interest to agriculture include:

$750,000 to fund food-processing technical education opportunities. This is included in the career technical-education subcategory of a one-time, $30 million expenditure on education.

$126 million one-time and $80 million ongoing investment in transportation including state and local highway projects, and targeted spending on rail infrastructure, community airports and routes to schools.

$295 million in one-time and $160 million for ongoing tax relief. This includes doubling the Idaho grocery tax credit one time and increasing the circuit breaker property tax relief for one year, while reducing income taxes ongoing.

Additional money was proposed for the state Department of Lands to initiate forest thinning and other strategies aimed at reducing wildfire and disease risk.

The proposed $4.2 billion state general fund budget, funded mainly through sales and income taxes, grows spending by 3.8% from the original fiscal 2021 budget. That budget was reduced by 5% due to COVID-19 concerns. The proposed budget restores those earlier holdbacks.

Interestingly, over the years, most people have come to view the position of Governor as the leader of the state. Some have also asserted the governor is the head of their respective political party.  Technically, neither of these are true.  The Governor is the state’s Chief Executive, meaning he is the head of the Executive Branch of government in Idaho.  His duty, as articulated in the Idaho Constitution, is to “see that the laws are faithfully executed.”  In other words, his role is to oversee all the executive branch personnel of the state and ensure that the laws which are passed by the Idaho Legislature are fairly and impartially administered upon the citizens of Idaho.  Consequently, he has no legal authority to tell the legislature what to do.  He can simply make suggestions.

In fact, the Idaho Constitution requires the chief executive to report to the legislature, a co-equal branch of government, at the beginning of each session regarding “the condition of the state, and recommend such measures as he shall deem expedient.”  “He shall also, at the commencement of each session, present estimates of the amount of money required to be raised by taxation for all purposes of the state.” 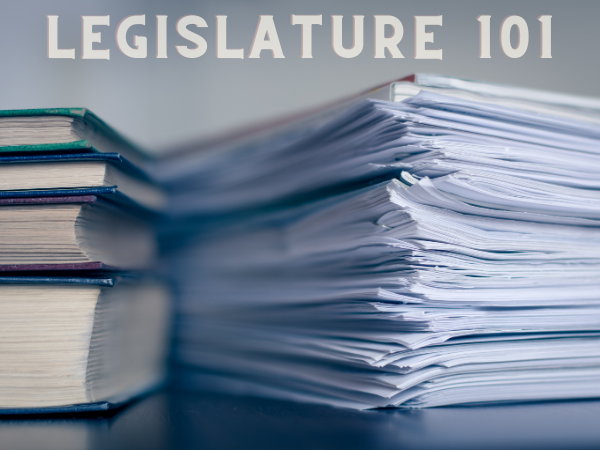 BOISE - This session is off to a fast start with both the House and Senate bringing forth joint resolutions, concurrent resolutions and bills. As many of our members track what is happening in the legislature we would like to clarify the purpose of these different forms of legislation and the differences between them. The Joint Rules for the Legislature defines each as follows:

Resolution. — This term denotes the adoption of a motion, the subject matter of which would not properly constitute a statute. EXAMPLES: An alteration of the rules, a vote of thanks, a vote of censure, etc.  (This is only passed by one house in the legislature.)

Concurrent Resolution. — This term denotes a resolution that originates in one house of the legislature where it is passed and is then sent to the other house for passage. It is signed by the presiding officers of both houses.  (This is primarily how rules are approved or rejected by the Legislature.  The Idaho Legislature can also send messages to Congress, the President or federal agencies by concurrent resolution.)

Bill. — This term denotes the draft of a law or amendment thereto submitted to the legislature for its approval or rejection. Bills may be originated in either house and may be amended or rejected in the other, except that bills for raising revenue must originate in the House of Representatives and a bill originating in one house and amended in the other may not again be amended in the house of origin except pursuant to report of a conference committee.  (Bills must be passed by both houses and then signed by the Governor to become law.  If the Governor vetoes a bill, the legislature may override the veto by a 2/3 majority vote of each house.)

Restoring the Balance of Powers 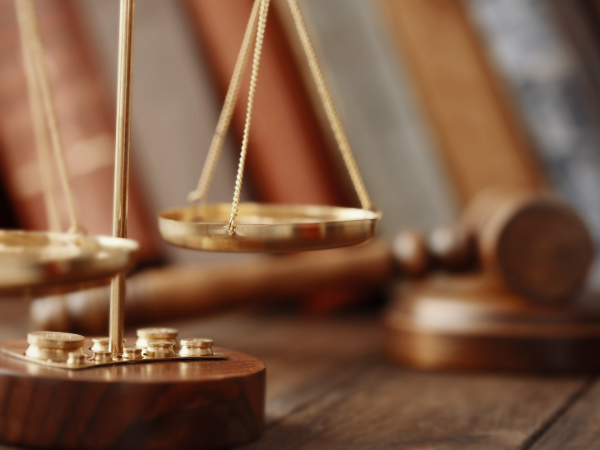 BOISE - This week several bills were introduced to restore the balance of powers between the Legislative and Executive branches of the Government, particularly during a declared emergency.

The house introduced three bills on Tuesday, and the Senate introduced four on Wednesday.  For the most part, these bills are complimentary of each other and are addressing different sections of code.  However, both HCR 1 and SCR 101 are different approaches to ending the current emergency declaration for COVID.  Below is a brief description of each bill that has been introduced so far on this topic:

HJR 1 - This Joint Resolution amends the Idaho Constitution to allow the Legislature to call itself back into session within 15 days of a written request of 60% of both the House and Senate membership. It also describes the convening of the organizational session at the beginning of each legislative term.

HCR 1 - Following the requirements of 46-1008, this Concurrent Resolution ends the existing state of disaster emergency in Idaho.

SB 1002 - This legislation will ensure that an emergency declaration may end while still preserving the state’s ability to continue receiving federal funds to assist in recovering from such emergency. 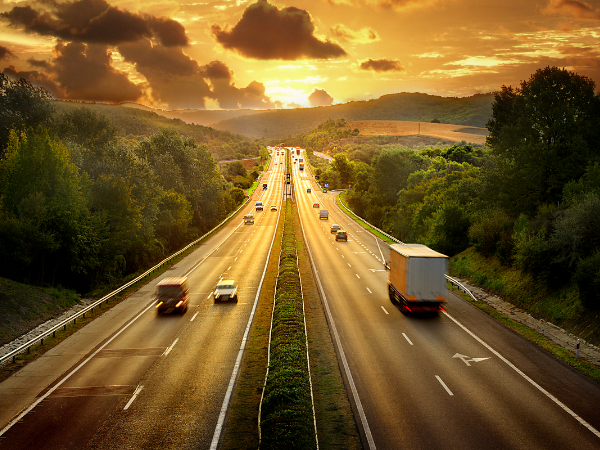 BOISE - Transportation continues to be on the top of many priority lists this session. With Idaho’s rapid growth, dealing with infrastructure and roads that can keep up with the demand and alleviate congestion has been a continuous talking point for governments, both locally and at the state level. During his State of the State address, Governor Little spoke of transportation investments as one of his priories for the coming session including a one-time targeted amount of $126 million and an ongoing amount of $80 million for state and local highway infrastructure projects. Both House and Senate Transportation committees have voiced a desire to investigate sustainable funding for transportation to keep up with the growth throughout the state.

Idaho Farm Bureau members are familiar with the importance of transportation infrastructure. Idaho roads and railways are how we get our commodities to market to feed Idahoans, Americans and the world. It is essential for our members to have a safe, efficient infrastructure to be able to carry out our work to the best of our ability. We have many different policies dealing with transportation overall, but specifically dealing with the funding and investment portion, IFBF has the following policies:

Before the start of session, IFBF teamed up with Idaho Trucking Association to draft a letter to legislators to voice concerns over the conversation of looking at Vehicle Miles Traveled tax (VMTs) as a way to fund Idaho roads. Aside from it going against our policy of increasing a tax/fee on vehicles there are some major concerns over cost of implementation for this program and the privacy issues with vehicle tracking. IFBF would like to look more into addressing cost saving and increasing efficiencies in our current system before we put in the money to create a whole new program.

IFBF will continue to work with legislators to find a fiscally conservative way to move forward and keep our Idaho roads and infrastructure efficient. 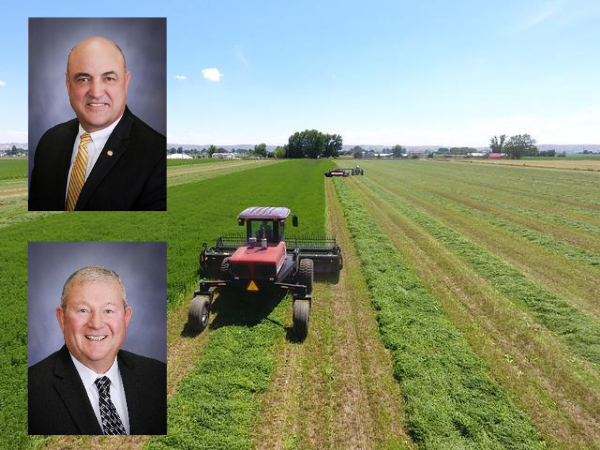 BOISE - With the start of the first session of the 66th Legislature comes changes and new faces to both the House and Senate Agricultural Affairs Committees. Both chambers have a new committee chairman and vice chairman. House Ag. Affairs is now chaired by Rep. Clark Kaufman (R-Filer), with Rep. Kevin Andrus (R- Lava Hot Springs) as vice-chair. Senate Ag. Affairs is now chaired by Sen. Van Burtenshaw(R-Terreton), with Regina Bayer (R-Meridian) as vice-chair.

Committee members’ experience and knowledge of production agriculture varies greatly, with some actual farmers/ranchers, some property owners, and other professionals with little production ag. connection. Nonetheless, as we like to point out, we all eat, we all wear clothes, and we all benefit from a strong agriculture industry in the state.

Farm Bureau looks forward to working with these committees to advocate for our members’ priorities and policies, and to ensure that Idaho agriculture remains viable and strong in the future.

Here is a complete list of ag. committee members for both chambers:

* Denotes the legislator is new to the committee this year 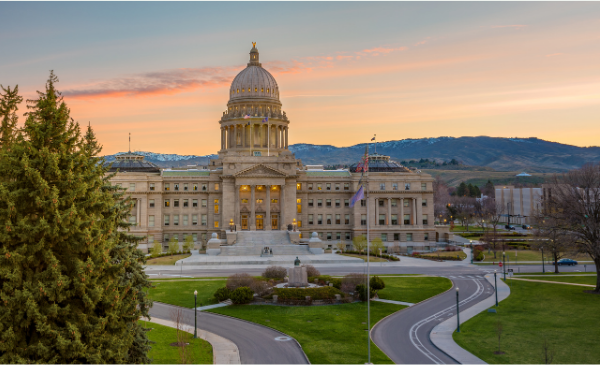 BOISE - Due to this year’s circumstances we, unfortunately, will not be able to all gather in person like we usually do for our Legislative Conference. We will, however, be offering a virtual mini conference this year in its place on February 9, 2021, from 7 to 9 pm. We are still looking forward to sharing information about current legislative topics as well as having guest legislators speak and answer questions. So far we have confirmed that the new Chairmen for Agriculture Affairs in both the House (Clark Kauffman R- Filer) and Senate (Van Burtenshaw R- Terreton) will be speaking at our virtual conference. Please come prepared with questions you may like to ask.  Additional speakers will be announced as they are confirmed.

We are saddened that we won’t have the opportunity for you to meet face to face with your legislators at our annual legislative dinner. Since that interaction isn’t an option this year, we encourage you to make an extra effort to engage with your Legislators either in person, by phone or email to share your thoughts on bills that are important to Farm Bureau.

Although this will be a different format from how we traditionally host the Legislative Conference, we believe it will still be informative and beneficial for our members to attend.

If you are a Farm Bureau member click below to register for the 2021 Legislative Conference. 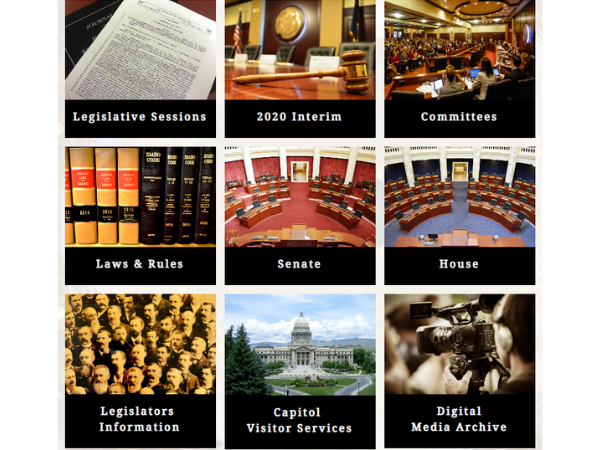 BOISE -There are many resources available to the public to better follow the work of the Idaho Legislature. Many of these resources were available prior to the coronavirus pandemic, with some now being updated or modified for convenience. Nonetheless, at the start of another legislative session and with additional public interest in government actions and operations, we provide a reminder of what is available.