"I predict future happiness for Americans if they can prevent the government from wasting the labors of the people under the pretense of taking care of them." - Thomas Jefferson 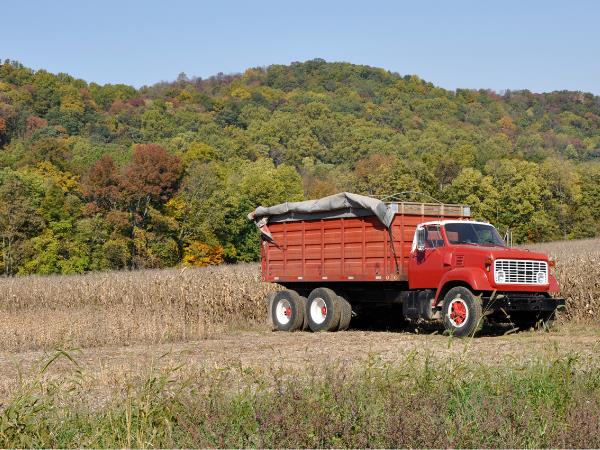 BOISE - The topic of creating an enforcement program for dyed diesel fuel was brought up again in this legislative session.  Back in 2016 there was a bill to create a dyed diesel enforcement program in Idaho that Farm Bureau opposed due to it being overly burdensome and onerous. Concerns over the legislation were voiced but never addressed by the sponsor. The 2016 bill died that session on the Senate floor and Farm Bureau walked away with four major concerns. The concerns included very high penalties, information sharing of individuals cited, federal money being used to fund the program and the ability to search bulk storage tanks and other diesel tanks based on a citation of only one tank.

At the beginning of this session the Idaho Trucking Association (ITA) reached out to Idaho Farm Bureau with a bill creating a dyed diesel enforcement program. Farm Bureau was able to communicate our concerns from the previous version and suggested certain language in this new bill to be included that would address those concerns. ITA worked diligently to ensure all of Farm Bureau’s and other groups’ concerns were met in this new version. S1379 is the bill they came up with.

This new bill allows Idaho State Police and the Idaho Transportation Department to create the program spelled out in the bill. They can only use existing state law enforcement and ITD resources in the program. This ensures no federal money will be going into the program. The inspection will only apply to commercial vehicles, not diesel pickup trucks. The inspection can only be performed in two cases. The first is by an Idaho State Police officer as a secondary action after the vehicle has been detained for a violation of another law. The second is by ITD employees at fixed or portable check stations. It prohibits either agency to set up random inspection stations to test for dyed diesel. It states that no state agency shall report any violation for dyed diesel to any agency of the federal government. This prevents the information sharing that Farm Bureau was concerned over. The inspection is limited to the fuel tank in the motor vehicle being inspected. They cannot inspect any portable fuel tanks or slip tanks that may be in the motor vehicle and they cannot use the inspection as reasonable suspicion to inspect any additional vehicles, facilities or property of the vehicle owner.

The inspection itself is a visual test and they will not test for part per million amounts. If dye is observed, a citation will be given, and a photograph of the dyed fuel will be taken as evidence. The penalty structure will be as follows, $250 for the first violation, $500 for the second, $1,000 for third or subsequent violations. These are the penalties that were already in the statute concerning dyed diesel misuse and is the penalty structure that Farm Bureau suggested in 2016. If the driver refuses inspection there is a $1,000 fine. There is specific language stating that no additional fines or penalties aside from the ones listed above will be imposed. Collected fines will go to the highway distribution account. There is also language allowing for incidental use or crossing to ensure you cannot be fined from moving an off-road use vehicle from one field to another.

This bill version has come a long way since the 2016 version. It is much lighter handed in enforcement and not as burdensome. Idaho Farm Bureau appreciates the efforts of ITA in addressing IFBF’s concerns. IFBF is taking a neutral position on S1379. If you have any additional questions on the legislation, please reach out to Chyla Wilson in the Governmental Affairs office. S1379 was sent out of Senate Transportation Committee this week and is now on the Senate floor. 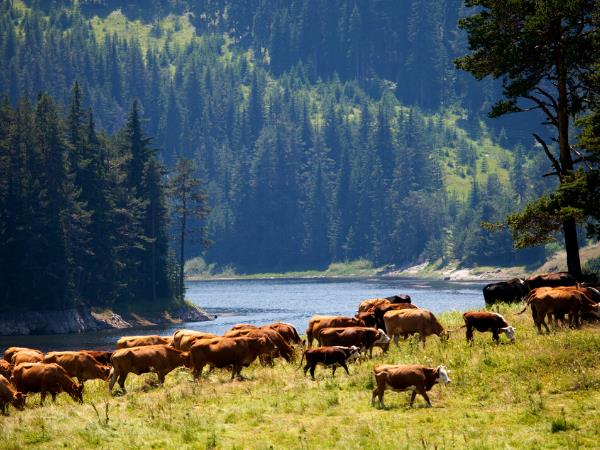 BOISE - This week the House introduced and unanimously passed a bill dealing with the forfeiture of stockwater rights. This issue deals with the findings in the Joyce decision where it was found that the federal government does not own the livestock on federal grazing allotments, and thus cannot put the water to beneficial use. As such, H592 establishes the procedure for a stockwater right that has not been put to beneficial use for five years or more to be forfeited. Speaker of the House Scott Bedke (R-Oakley) and representative Judy Boyle (R-Midvale) are the sponsors of the bill.

H592 proposes to do the following things:

During the adjudication process, the federal government acquired thousands of stockwater rights prior to the Joyce decision. Under those findings, those rights have not been put to beneficial use and should be subject to forfeiture.

Farm Bureau policy supports permittees on federal land being recognized and acknowledged as the owners of stockwater rights in their allotments as their livestock provide beneficial use under state law and the water rights are an appurtenance of the private base property. IFBF supports H592. 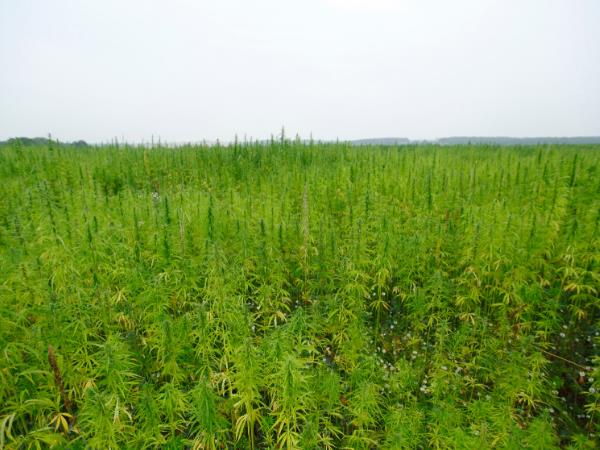 BOISE - After the Senate passed S1345 regarding industrial hemp last week, the bill was transmitted to the House on Friday, February 28th. At that point, it was sent to the House State Affairs Committee, but was later withdrawn and held at the desk. On Thursday, however, it was sent back to the State Affairs Committee and is scheduled for a hearing next Tuesday, March 10th.

S1345 authorizes the production, processing, research, and transport of industrial hemp in the state pursuant to a license. A more detailed overview of the bill may be seen in Feb. 21st edition of Capitol Reflections. As has been stated before, this bill dealing with hemp is the most likely to move forward this legislative session. While there are a variety of approaches to legalizing industrial hemp, the steps taken in this bill ensure that growers can grow, processors can process, and transporters can transport in the state of Idaho.

Hemp is a highly regulated commodity due to USDA federal regulations and the nature of its relatively close relationship to marijuana. S1345 proposes taking the first steps in allowing Idaho farmers the opportunity, if they so choose, to grow this potential alternative crop. Any new commodity will take time to establish in the state, including repeated review, adjustment, and amendment to statutes and regulations. Hemp will be no exception. It will take time, work, and attention as Idaho farmers and processors explore the new opportunities hemp provides. Currently, all opportunities with hemp are closed to Idaho farmers.  We ask the legislature to pass S1345 and allow the first steps of hemp production to happen in Idaho. We encourage producers that are interested in producing hemp to contact their legislators and ask for their support of S1345. IFBF supports 1345. 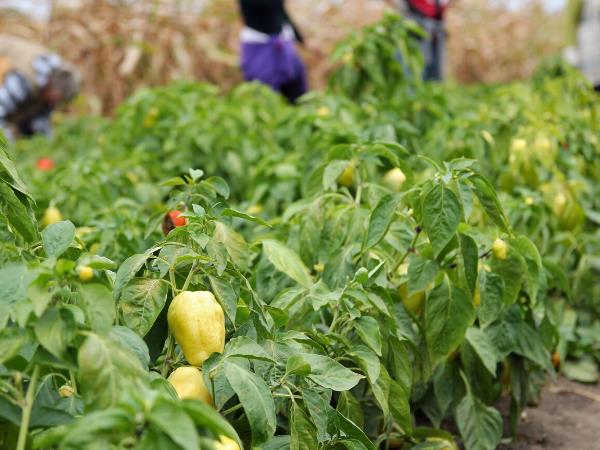 BOISE - H373, a bill expanding the inmate trainee program, is on its way to the Governor’s desk to be signed into law. This topic is one that Farm Bureau has collaborated on for the past few years, but the bill continued to get hung up in the House and never passed. Now it is finally coming to fruition. H373 has passed both the House and Senate floor unanimously, with no legislative members voting against it.

H373 expands the Idaho Correctional Industries training program to allow inmates to work within a wider variety of agricultural operations. The program encourages inmates to receive training and real-life skills to prepare them for work upon their release back into society.  This helps reduce recidivism rates of inmates and provides some small relief to agriculture labor shortages in the state. IFBF supports H373. 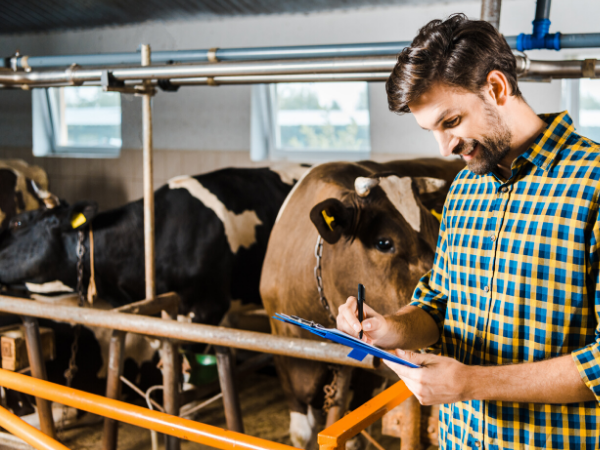 BOISE - H356 passed out of the Senate unanimously this week and is on its way to the Governor’s desk to be signed into law. This bill ensures that any cattle nutrient management plan that is submitted via the ISDA website cannot be disclosed and establishes that it is strictly proprietary information. H356 provides assurance to our members who utilize the web-planner option when submitting their plan that their information is protected and treated as confidential by ISDA. IFBF supports H356.