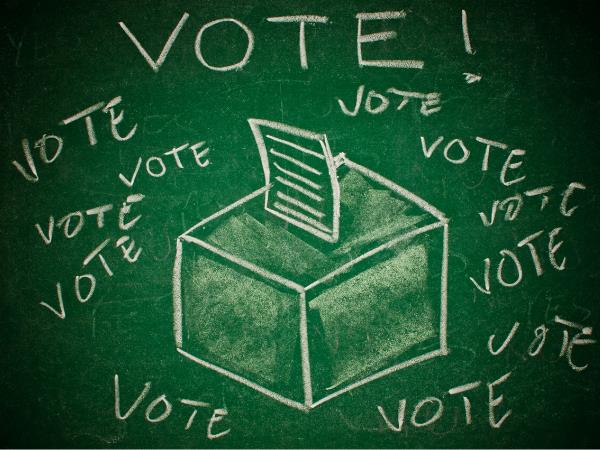 BOISE - This week H393 was approved in the House State Affairs Committee chaired by Rep Steven Harris (R-Meridian).  H393 aligns school districts with cities, counties and other local taxing districts with respect to election dates for bond or levy elections.  Under H393, schools will no longer be allowed to run bond or levy elections in March or August and will be limited to running their elections on either the May, primary election date, or the November, general election date.  This ensures the maximum number of citizens will participate in these important elections.

Unfortunately, there has been an increasing number of school districts who have begun using their two extra dates as testing grounds to “try the waters” and see what taxpayers are willing to bear.  Then after getting a read on the electorate, they may make slight tweaks to their proposals, or they may run exactly the same measure again just a couple months later.   Eventually the voters give in or give up and the schools get what they want.  H393 will require school districts to give more serious consideration to taxpayer concerns upfront, prior to making inflated proposals.  H393 is sponsored by Rep Wendy Horman (R-Idaho Falls) and Senator Lori Den Hartog (R-Meridian).  IFBF policy #121 states in part: “we support consolidation of elections, including school bonds/levies, to the May and November elections.”  IFBF supports H393. 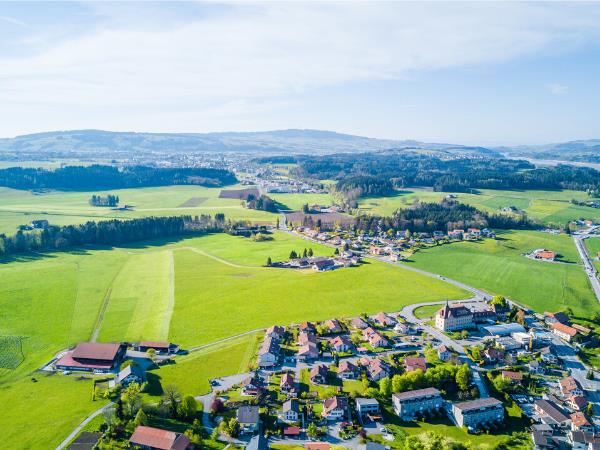 BOISE - This week two annexation bills were approved by the House and will now advance to the Senate for a hearing.  The first, H451 prohibits forestland parcels of five acres or more from being annexed into a city without the written consent of the landowner.  H451, which passed the House on a vote of 67-1, is sponsored by Rep Tony Wisniewski (R-Post Falls).  IFBF policy supports requiring written permission from landowners prior to annexation of forestland.  IFBF supports H451.

The second bill, H489 is a total rewrite of the completely incomprehensible laws currently governing annexation.  Even those who work with annexation law every day can get confused and come to different conclusions on what the law requires.  This bill takes approximately six pages of byzantine, convoluted language and rewrites it into two and one-half pages of easy to understand text.  Furthermore, H489 finally ends the practice of forced annexation in Idaho and requires cities to secure the consent of two-thirds of affected property owners prior to annexation.  Idaho is one of only three other states which allow forced annexation.  H489 passed the House on a vote of 53-16 and is sponsored by Rep Bryan Zollinger (R-Idaho Falls).  IFBF policy supports requiring approval by two-thirds of individual landowners prior to annexation.  IFBF supports H489. 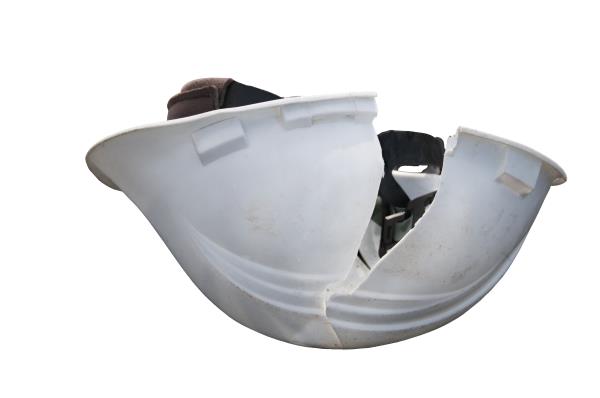 BOISE - S1321, a bill dealing with Worker’s Compensation and defining aggression, was heard this week in Senate Commerce and Human Resources Committee. The proposed legislation amends the current statute and adds language to better clarify the intent of “exclusive remedy” in Idaho’s worker’s compensation law. This comes after a recent case in the Idaho Supreme Court, where the Court noted that the term “willful or unprovoked physical aggression” is not defined in the current law. The Court then suggested the Legislature clarify the language in the statue.

The general understanding of worker’s compensation has always been that it would provide the exclusive remedy and prevent third-party litigation in a regular tort claim. The only exception to this was when an employer could be shown to have acted with the intention to commit harm to the employee. The current statute opens the employer or its agents to litigation when “willful or unprovoked physical aggression” happens towards the harmed employee.

S1321 amends the current statute by stating that physical aggression must include clear and convincing evidence of the employer intending harm on the employee and that the employer knew that injury or death would occur. This is to preserve the integrity of the “Grand Bargain” of worker’s compensation. The purpose of requiring employers to carry worker’s compensation for its employees is defeated if it does not protect them from third-party litigation when accidents occur.

Idaho Farm Bureau, along with many other agricultural groups testified in favor of the bill. There was an equal amount of testimony from trial attorneys opposing the bill. Alex LeBeau, with Idaho Association of Commerce and Industry, who brought the bill to the committee, recommended it be sent to the amending order to address minor changes providing further clarification. The committee voted to send the bill the amending order with only two opposing the motion. Many members voiced that they would like to see the concerns brought forward by the opponents of the bill to be addressed and a compromise over the correct wording while the bill is on the amending order. 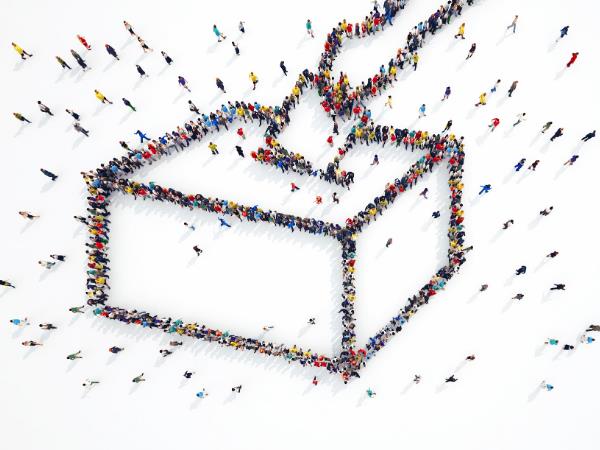 BOISE -The Legislature is considering two separate bills (S1350 and H548) that deal with the requirements to run an initiative in the state. First S1350, a bill that has the stated purpose of increasing the information available to voters about statewide citizen initiatives. S1350 is sponsored by Senator Patti Anne Lodge (R- Huston) and Repetitive Wendy Horman (R-Idaho Falls). The bill proposes to add a fiscal impact statement to all statewide ballot initiatives, including a proposed, non-binding funding source. This fiscal statement would be prepared by the Division of Financial Management. A similar provision was included in last year’s initiative bill (S1159) that was ultimately vetoed by the Governor.

The second bill, H548 would require initiatives to address a single subject, to inform petition signers of the process to remove their name from a petition, and to report paid signature gatherer activities to the Secretary of State’s office. The bill also clarifies the effective dates as to any initiative, if passed. H548 is sponsored by Representative Jim Addis (R- Coeur d’Alene). Both S1350 and H548 have passed out of committee with bi-partisan support. S1350 passed out of the Senate on Thursday on a 28-7 vote, and H548 will soon be considered by the full House. The bills would certainly improve the clarity, transparency, and integrity in the initiative process in Idaho. More information will better inform potential initiative signers of the cost of any initiative and how much the proponents are spending to gather signatures. These bills do not, however, address the requirement of the number of legislative districts from which signatures must be gathered to qualify for the ballot. IFBF Policy supports requiring all ballot initiatives to collect signatures from 6% of registered voters in each of the 35 legislative districts. 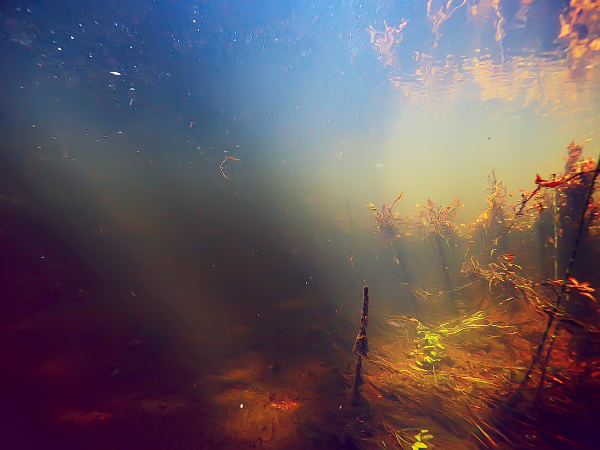 BOISE - On Wednesday, the House Agricultural Affairs Committee received a presentation from the Lloyd Knight, Administrator of the Division of Plant Industries of the Idaho State Department of Agriculture. He presented an update on the Idaho Invasive Species Program, as well as some information on the noxious weed program.

In his presentation on the Idaho Invasive Species Program, much discussion was given about efforts to ensure that Idaho does not become infested with Zebra and Quagga Mussels. It is encouraging to hear that no Zebra or Quagga Mussels have been found to date in Idaho waters, and that the department is still actively protecting the State from their introduction. Additionally, a dashboard was explained that has been developed to provide real-time information on the data collected in the program, such as the number of boats inspected and details on watercraft inspected coming from infected waters. Click here for the dashboard

Early Detection Systems have enabled the state to ensure that veligers can be detected if they were to ever be introduced as well as rapid response training exercises that are provided to help all entities involved to be prepared.

Additionally, a portion of the presentation briefly covered aquatic noxious weeds and the efforts that the state is taking to limit and eradicate them. While most of the elimination efforts occur in northern Idaho, there was some discussion on attempts to eliminate populations of Milfoil in Bear Lake in 2019 just north of the Utah border in Idaho. Flowering rush also has programs in place to remove populations. Colorado Weed Management Associations are also applying for cost-sharing and have received cost-sharing funds.