“The property of the people belongs to the people. To take it from them by taxation cannot be justified except by urgent public necessity. Unless this principle be recognized, our country is no longer secure, our people no longer free.”   President Calvin Coolidge 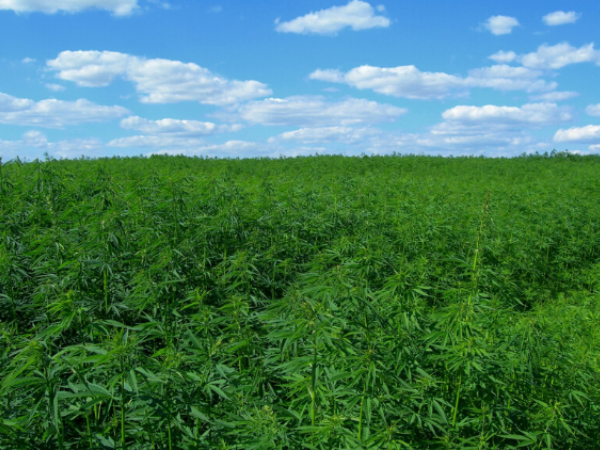 BOISE - This week, the House State Affairs Committee took under consideration S1345 sponsored by Representative Caroline Troy (R-Genesee) and Senator Abby Lee (R-Fruitland) dealing with hemp. The bill would have legalized the production, processing, research, and transportation of industrial hemp by licensed individuals in the state. Public testimony spanned across two committee meetings, held on Tuesday and Wednesday mornings. The Committee members ultimately voted to hold S1345 in committee, essentially killing the bill for the year.

Farm Bureau is obviously disappointed by the outcome of the Committee’s decision on the issue. The sponsors of S1345 worked closely with the Governor’s office, agriculture industry, and law enforcement to craft a bill that would address the needs and concerns of all stakeholders. We express our appreciation for the hard work of the bill sponsors and for bringing the issue forward. We also thank those many farmers who contacted their legislators and came to provide testimony during the hearing.

Despite the final result of the bill, Farm Bureau will continue to work diligently with lawmakers and stakeholders to legalize the production of hemp in Idaho. We look forward to Idaho farmers having the choice to produce hemp, if they so choose, like other producers around the nation.

Additionally, we would like to clarify a few misconceptions of S1345. It was rumored that the bill had provisions that would have subjected farmers to criminal action. This is simply not true. S1345 provided farmers, processors, and truckers the ability to grow, process, and transport hemp in the state pursuant to a license. USDA regulations that governs all hemp production in the country, including any future production in Idaho, protects licensed growers from criminal action, even if they receive a “negligent violation” (see https://www.federalregister.gov/d/2019-23749/p-303, and https://www.federalregister.gov/d/2019-23749/p-647). This is not to say that licensed growers would be protected from economic loss if their hemp was to go hot (exceed 0.3% THC), because any hemp crop must be tested as specifically outlined by USDA regulations 15 days prior to harvest. If it is determined by the USDA sampling procedures that a crop is above 0.3% THC, the crop must be disposed of in accordance with federal agency regulations.

Further, it was mentioned by several farmers that have grown hemp in other states that S1345 is far too restrictive. There are two things that are important to remember when hearing such a statement. First, many states that surround Idaho have legalized marijuana. Those state’s law enforcement is not tasked with the responsibility to distinguish between cannabis hemp and cannabis marijuana. In Idaho, our goal is to legalize the production of hemp while still maintaining the state’s drug policy. This has been done in many other states in the nation, and we know that it can also be done here.

Second, most of the neighboring states, like Oregon, are currently operating under the provisions and regulations of the 2014 Farm Bill which are more relaxed than those of the 2018 Farm Bill and USDA Hemp Program. In fact, Oregon’s SB1561 was being considered in its legislature to put the state’s hemp program in compliance with the 2018 Farm Bill provisions. That bill did not pass, leaving Oregon hemp farmers only one more year to operate under the 2014 Farm Bill provisions before they expire.

The takeaways from these two important points are, first, other states have more mature and obviously more lenient regulation standards than Idaho would ever initially consider. Second, many states are also in the process of tightening state hemp programs and regulations to be in compliance with the 2018 Farm Bill.

We can certainly appreciate the enthusiasm of growers wanting to produce this crop in the state, and indeed firsthand experience is helpful in drafting Idaho’s potential framework. However, it is important for potential Idaho growers to keep initial expectations in check and recognize the political realities of what might be feasible and acceptable to the state’s elected officials. It’s not likely that Idaho will take steps similar to any of its immediate neighbors on this issue. It is likely that any first step on hemp taken in the state will not work for or satisfy all interests. Patience will be important as Idaho continues to work on and consider this issue in the future.

Farm Bureau recognizes that with any new commodity, those individuals that get-in early stand to benefit the most, while those that get-in late may not stand to gain much at all. Nonetheless, once the new commodity settles, those producers that are most efficient stand to benefit and remain profitable. Idaho farmers will not be the first, or second growers with this crop. Nevertheless, Idaho producers are amongst the best in the nation in many commodities, and repeatedly demonstrate their efficiencies. Our farmers do a great job of determining what is best for each of their individual operations and evaluating risk. We are confident that the same will be true when hemp is eventually legalized in the state.

We again express our appreciation to the Legislature for considering S1345. We respect the votes of all members on this topic. Farm Bureau remains committed to advocating for Idaho farmers and their opportunity to grow hemp. 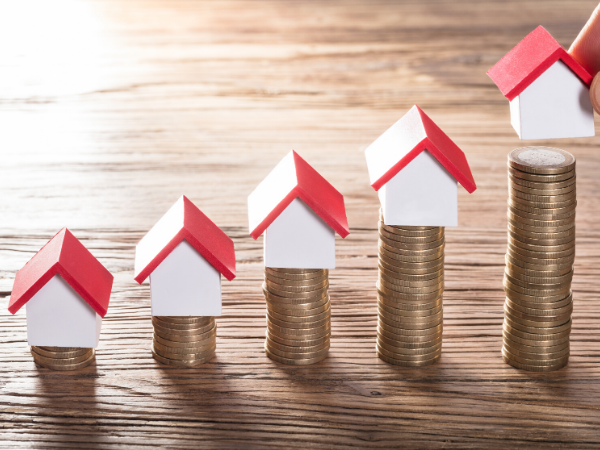 BOISE - This week, the Senate considered H409 which originally proposed to freeze the property tax portion of all local taxing district budgets for one year.  The Senate amended H409 to allow up to a four percent increase in the property tax portion of local budgets for three years while the legislature continues to find solutions to rapidly rising property taxes in several areas of the state.  After a lengthy debate, the Senate defeated H409 as amended on a vote of 11 to 24.  That leaves considerable doubt as to whether the legislature will do anything this session to address property tax issues in a positive manner.

Unfortunately, most people incorrectly believe that local governments actually receive less money due to this exemption.  However, that is not true.  Local governments continue to receive all $210 million that residential property does not pay, but they receive it from other property owners such as non-owner occupied residential (rental units), commercial, agricultural land, timber and others. This is the true “shift” in taxes that is ongoing every year, and they are subsidizing the homeowners.

The real solution is to get homeowners to figuratively “storm the Bastille” and force local governments to reduce spending to a much more sustainable level.  This will require local governments to really prioritize services and get back to just providing the basics.  IFBF will continue to watch this issue very closely since the Legislature has authorized yet another interim committee to review the property tax issue.

BOISE - This morning a bill was introduced in the Senate State Affairs Committee which would negatively affect every agricultural property owner in the state, as well as many other property owners.

The bill does not yet have a bill number.  It proposes to increase the Homeowner’s Exemption up to a maximum of $120,000 and would restore indexing of the exemption, which was removed only a couple of short years ago.

Senator Steve Vick (R-Dalton Gardens) is sponsoring the bill in response to demands from homeowners from around the state that are feeling oppressed by rapidly increasing property taxes.  Farm Bureau is extremely sympathetic to all those property owners who are struggling with skyrocketing taxes, but this proposal is absolutely the wrong approach for a number of reasons.

First, homeowners are already being heavily subsidized by other property owners.  The homeowner’s exemption currently exempts from taxation 50% of an owner-occupied home’s value, up to a maximum of $100,000 each year.  Unfortunately, contrary to general perception, when homeowners pay less in taxes after their exemption, that does NOT mean local governments receive less in property tax dollars.  The taxing districts still get the full amount they want, but according to law, other property owners, namely agricultural land, commercial property, businesses, rental units, etc. must pay higher taxes to make up the difference.

Secondly, it will not solve the problem.  The real problem is that some local governments are increasing their budgets faster than growth is occurring in their area.  When this happens, taxes begin rising rapidly.  It is only natural for homeowners to oppose paying more taxes, but there are only two ways to do so.  One is to make someone else pay the taxes for them, which was addressed just above, and is already happening to a great extent.  The second way is to demand local governments stop spending so much.  There is apparently not enough of that happening to make a difference.

Unfortunately, that is also easier said than done.  For example, a large portion of property taxes are school bonds and levies.  All of these must be approved by the voters.  If voters keep approving these measures, they must also be willing to pay the taxes, not shift it to someone else.

Also, counties are mandated to provide a number of services.  However, some could be switched to fee-for-services, while others could be privatized such as trash collection.  Still others could be scaled back to more economical levels of service.  Perhaps the legislature needs to take a hard look at the services that are mandated while ensuring there is flexibility in how others are provided.  Still, citizens need to keep a sharp eye on local budgets to ensure they are not growing beyond what the taxpayers are willing to bear.  Cities really aren’t mandated to provide much.  Most services they provide are discretionary such as parks, swimming pools, libraries, etc.  All those things add up fast.

This really is a local issue.  Not every taxing district is out of control.  Just as we should not punish districts that have done a good job, we should not punish property owners who have no say at the ballot box by requiring them to pay other’s taxes simply because they don’t want to pay their share.

If this proposal passes, homeowners will pay less taxes while other property owners will pay even more taxes.  This will reduce the pressure on local elected officials to keep spending in check, which means spending will continue to grow and will again become a crisis down the road when homeowners begin to feel the pinch once again.

This bill is a terrible idea that does not solve the problem it is supposed to be addressing.  It unfairly punishes “unfavored” property owners to give band-aid relief to a favored class of homeowners.  This is not equal justice under the law.  IFBF policy #97 opposes shifting taxes to agricultural land.  IFBF opposes this proposal.

BOISE - This week, HJR 004 was approved by both the House and Senate and delivered to the Secretary of State. This proposed constitutional amendment will be on the ballot this fall for approval by the voters.

Therefore, since each district would have to be roughly proportionate, the actual population per district would be even higher than it otherwise would be. This means rural districts would not only be geographically larger, perhaps substantially, but rural voters would have even less access to their legislators as they would have to travel even farther. This amendment would ensure that these results would not occur by keeping the current number of legislative districts.

We would encourage every member to carefully consider this proposal and how it may affect your representation as you prepare to vote this November.