Governor Reports on The State of the State 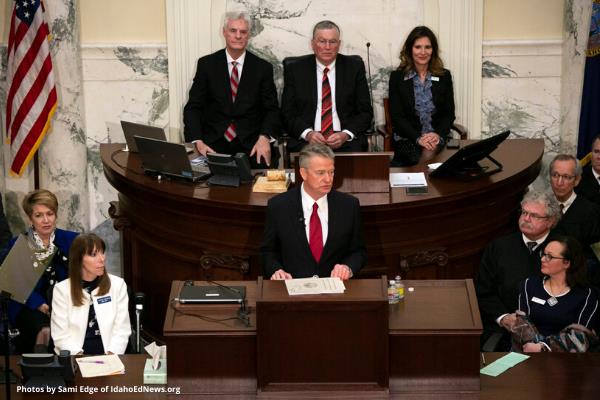 BOISE - This week Governor Little delivered the annual State of the State speech to the Legislature and other statewide officers.  Governor Little had many positive things to report from his first year in office and also shared many new proposals.

He first reported on the reduction in state rules that agencies now administer; thanks in large part to the feud between the House and Senate last session which allowed all the rules to expire.  Governor Little has effectively turned lemons into lemonade and instructed his agencies to only re-propose rules that were essential and necessary.  This allowed dozens, if not hundreds of rules to be completely repealed.  Due to Governor Little’s Red Tape Reduction Executive Order, which he had issued early in his administration, agencies also worked to clarify, consolidate and streamline rules so they are easier to understand and follow.  Idaho has now been declared the least regulated state in the nation, unseating North Dakota from that designation.

This does not mean that all the work is done.  Farm Bureau members know there are still dozens of rules that are burdensome, unnecessary and overly restrictive.  However, this is an amazing first step and really sets the stage for the state to continue to reduce burdens on citizens and unshackle our economy so it can flourish under this new level of freedom.  As Governor Little said in his speech, “When we reduce regulatory friction, good jobs follow.”  He also outlined a new effort stating “My first executive order this year will make it a routine practice for Idaho state government to undergo the kind of successful regulatory review we saw in 2019. I am calling it ‘Zero-Based Regulation.’”  Farm Bureau looks forward to seeing additional details on this proposal and seeing additional progress in this area.

Next, Governor Little spoke about his proposed budget.  We were pleased to hear the Governor state “Just as regulatory restraint encourages investment and reduces the cost of doing business, a lean and efficient budget does the same.”  His budget proposes a 3.75% increase over last year, a MUCH lower level of increase than the average annual increase of about 7.5% in the previous administration.  We applaud Governor Little for his spending restraint and again see this as a good first step in bringing Idaho’s budget back to a more sustainable level. 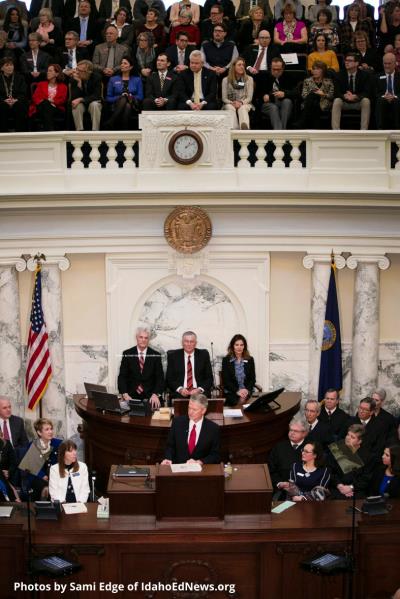 One controversial item Governor Little proposed was raising the cap on the rainy-day fund for state government.  Currently, the budget stabilization account is capped at 10% of the General Fund revenues from the previous year.  It was just recently expanded from 5% to 10% in 2014 following the great recession.   At that time, the legislature thought that doubling the cap would be plenty to weather any new downturns.  Now, just a few years later, the Governor is proposing to raise the cap again.

Although it is always prudent for families and businesses to set aside savings for an emergency or a “rainy day” it is not appropriate for government to do so.  Government does not have any money of its own, all it has is money extracted from the citizens.  The current cap allows the state to over-tax Idahoans by about $400 million, not to mention an additional several hundred million that can be squirreled away in several other “rainy-day” accounts.  If the state hoards another $250 million on top of that, it will artificially weaken our economy even more and take nearly $1 billion away from Idaho Citizens which they could have saved for emergencies or spent on their families or businesses.

A more responsible approach is for state government to strictly limit the increases in their budget to only account for the effects of inflation.  That will keep the budget from ballooning out of control and becoming unsustainably large.  Governor Little quoted his father as saying, “The time to prepare for a potential downturn is now, when times are good.”  We agree with that statement.  Disciplined restraint on spending when times are good will ensure solvency for government when times are bad.

Furthermore, the last time we had a major recession in 2008, the state was able to weather the storm with the rainy-day funds capped at 5%.  Yes, it did require significant cutbacks in many programs, but there were very little, if any negative consequences felt by average citizens.  Government can and should tighten their belts during times of economic downturn just as citizens have to do.  We have already doubled the cap on rainy day funds since that last event, there is absolutely no need to increase the cap any further.  If you agree, it is important for you to call or email your legislators and let them know how you feel about this. 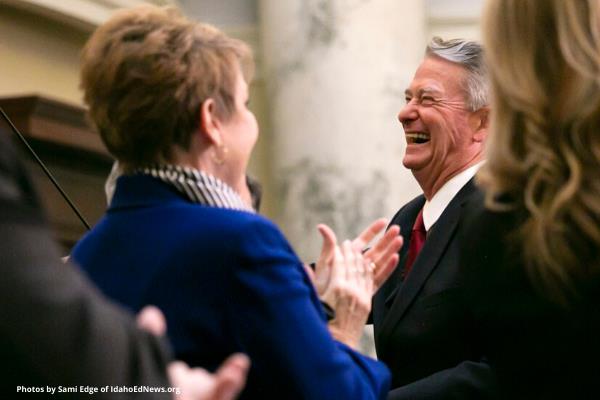 Other highlights of his speech included: his support for the ratification of the USMCA free trade agreement so our agricultural exports can continue to grow to our two top trading partners, Canada and Mexico; his proposal to fund Medicaid expansion from offsets to existing programs with zero impact on general fund dollars; providing more than $100 million in new funding to reduce the maintenance backlog on Idaho’s roads and bridges; and adding a new position to the Governor’s Office of Species Conservation which will be dedicated to working on public lands issues.  Many details are yet to be provided on how these items will be funded or accomplished.

The Governor looked very relaxed and seemed to really be enjoying himself as he reported on his first year’s accomplishments.  We applaud Governor Little for the impressive results in his first year and look forward to continuing to work closely with him and his staff in making progress on issues important to Idaho Farm Bureau members. 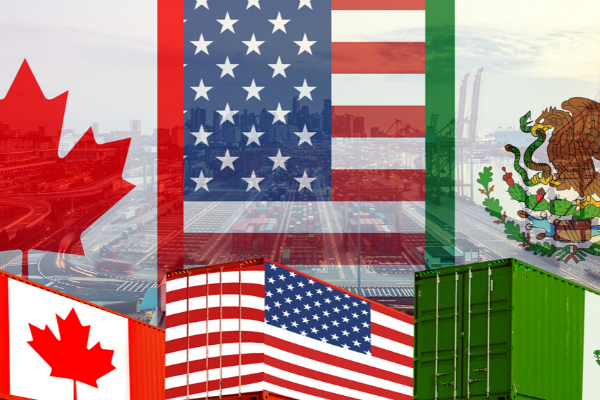 WASHINGTON D.C. - As the Idaho Legislature begins its work in Boise, so too does Congress in Washington D.C. The new year has started off with some welcome news to American agriculture as Congress takes another step closer to finalizing one of the nation’s most important trade deals.

On Tuesday, the U.S. Senate Committee on Finance approved the U.S.-Mexico-Canada Agreement (USMCA) implementing bill on a 25-3 vote. The bill now advances to the floor of the Senate for consideration. The House passed the USMCA bill on December 19 with a 385-41 vote.

Canada and Mexico are key trade partners of the U.S., with food and agriculture exports at approximately $40 billion in 2018. With the passage and implementation of the USMCA this could expand by an additional $2 billion. It is also estimated that U.S. GDP would raise by $68.2 billion annually and that market access would continue to expand in these two countries.

A vote on final passage in the Senate has not yet been scheduled. According to the Trade Promotion Authority procedures, the Senate now has up to fifteen session days to vote on the bill. The Farm Bureau supports the USMCA and is eager for the opportunities it will provide American agriculture. 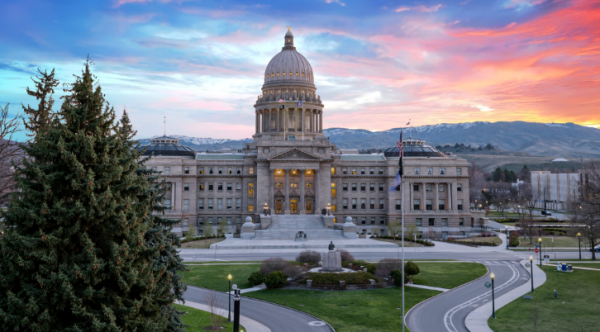 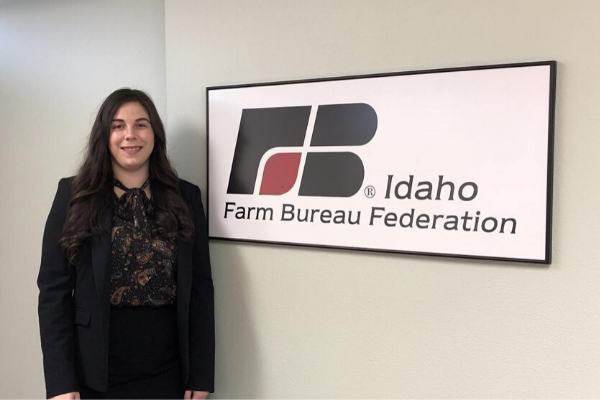 Chyla is a graduate of the University of Idaho with a degree in Agricultural Economics and a minor in Political Science. Prior to joining Farm Bureau staff she worked in Human Resources at Amalgamated Sugar, and was an Administrative Associate at Association Management Group Idaho.

Chyla is a native of the Treasure Valley. She and her husband Josh currently live on the outskirts of Boise with their two horses, hunting dog and cat. Josh is an agronomist for Cascade Agronomics. Both have been involved in the agricultural industry since high school and active Farm Bureau members since college.

While at the University she served as the Collegiate Farm Bureau Chapter President for two terms. She competed in the collegiate discussion meet in Pittsburgh, Pennsylvania during Fusion Conference. She is also a graduate of the AFBF’s Women’s Communication Bootcamp held in Washington D.C. and AFBF Go Team Member. Chyla stated: “My entire Farm Bureau experience has made me fall in love with the organization and what it stands for. Our members are great, and their involvement is what makes this organization so strong. I look forward to serving them in the years to come.”

We are excited to have Chyla join our team and welcome her to the Farm Bureau family. Chyla can be reached at cwilson@idahofb.org or 208-869-1638 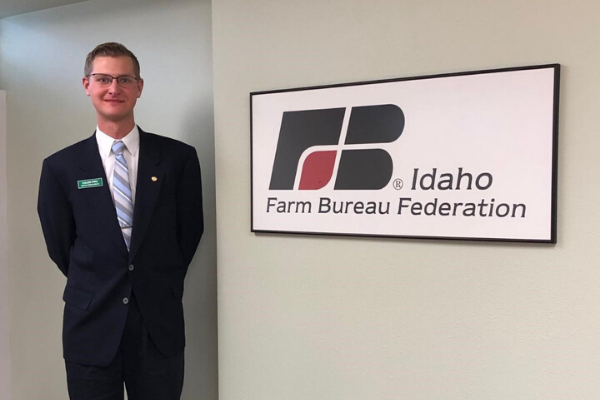 I am very excited to begin my internship in Governmental Affairs advocating for all of our members in the legislative functions of our government.

To introduce myself, my name is Caleb Pirc, a Farm Bureau member from Meridian. I currently live on a small hobby farm with my family while leasing pastureland to graze my flock of Katahdin sheep. I am 19 years old and a senior at Liberty University pursuing my bachelor’s degree in Business Administration with a focus in Entrepreneurship.

I remember having the desire to be a farmer/rancher for as long as I can remember. I am grateful my parents made the decision to move out to the country so I could try my hand at raising livestock. Since purchasing my first sheep, I have grown the flock to 40 registered ewes and 4 breeding rams producing meat and breeding stock. The science of genetics really fascinates me, so I collect data to identify breeding stock with genetics for key production traits as the industry constantly strives to produce more with less.

My interest in the political process also began at an early age. Since then, my passion for the principles of liberty and the right to individual property has continued to drive my desire to support the principles that make our nation such a beacon of hope to the world. While in high school, I placed at the regional and national levels in speech and debate competitions as I sought to build my skills in policy analysis and advocacy. Since then, I have had the opportunity to complete an internship for Idaho Representative Sage G. Dixon as well as an internship for U.S. Congressman Russ Fulcher. I greatly appreciate the incredible relationships and experiences that these opportunities have given me, and I look forward to applying that knowledge as I advocate for the voice of our incredible members across the State throughout the legislative session.