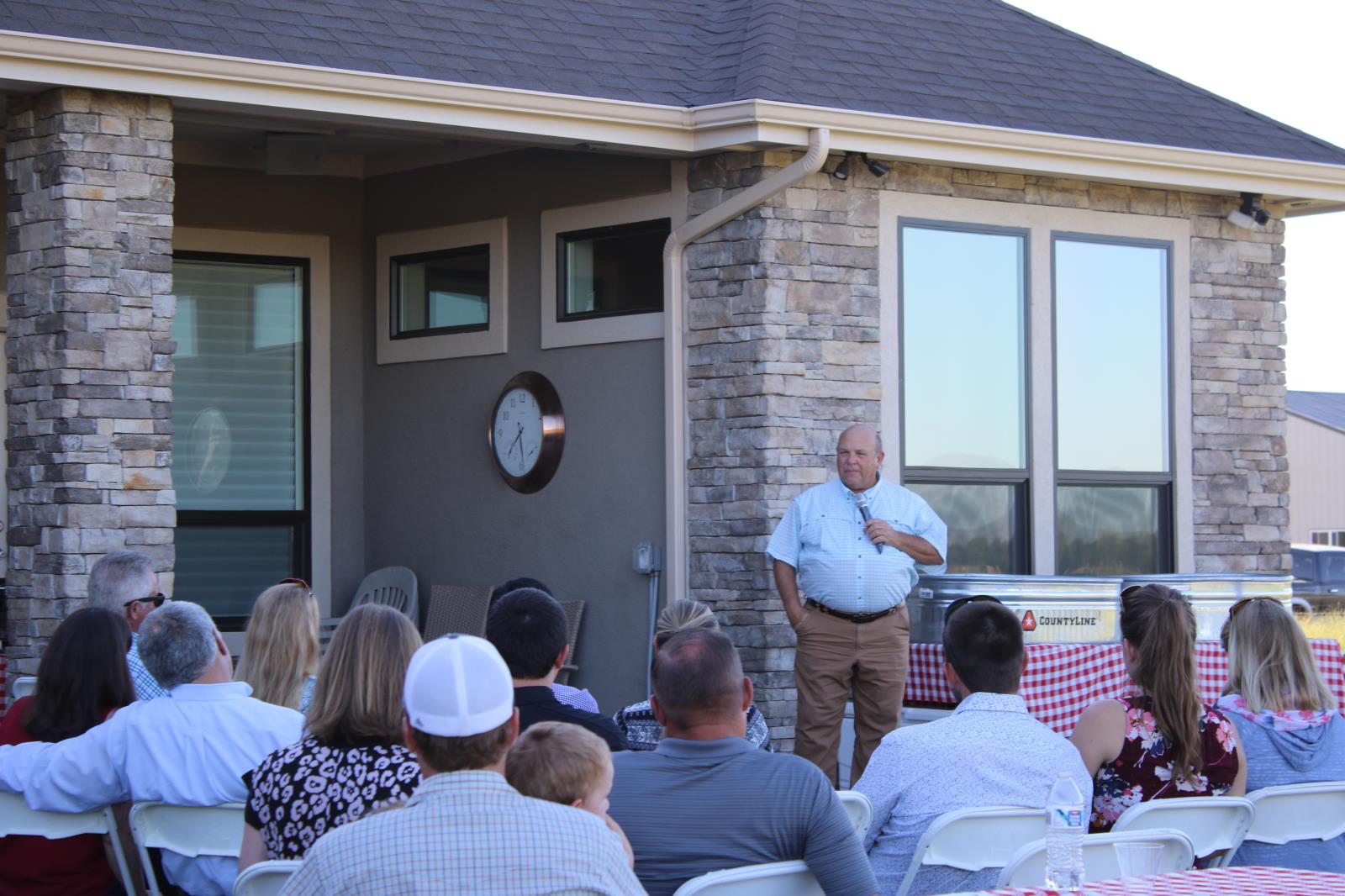 During his visit to Idaho to learn about the importance of dams, American Farm Bureau Federation President Zippy Duvall met with a couple hundred farmers and ranchers along the way and reminded them that they are what makes the organization run.

Duvall, a poultry, cattle and hay producer from Georgia, met with Farm Bureau members and other producers in Parma, Meridian, Grangeville, Lewiston and Ontario, Ore., from June 14-16.

During his stops, he brought Farm Bureau members up to speed on several major issues AFBF is working on, including taxes, climate change, broadband availability and labor.

The availability of farm labor is a particularly tough challenge and one that is on the minds of farmers and ranchers across the nation, Duvall said.

“Everywhere I go, that’s the first thing on everybody’s mind,” he said during one of his stops. “As I’ve traveled across America, labor is the biggest issue we face in agriculture.”

“Labor is so hard to come by,” he said. “The labor situation probably concerns me more than anything across the board. We’ve beat our heads on that issue for 20 years. We’re working hard on it. I’d love to find a solution to it.”

When it comes to the catchphrase, “sustainable agriculture,” Duvall said that “farmers have been sustainable forever and we ought to own that word.”

Duvall has visited Farm Bureau producers in all 50 states and he said Idaho is one of the states he has most wanted to return to.

He said he is interested in learning more about the issues farmers and ranchers in the Western U.S. face so he can better represent them on a national level.

Shelby Hagenauer, a member of the AFBF congressional relations team that specializes in Western issues, joined Duvall in Idaho.

“I come out here to learn about your issues so I can represent you correctly,” Duvall said.

Idaho Farm Bureau Federation President Bryan Searle, who, along with several IFBF staff, accompanied Duvall during his visit to Idaho, thanked the AFBF leader for taking the time to visit the state and learn about the issues its producers face.

“(Duvall) has taken Western issues seriously and we appreciate that,” Searle said.

Duvall reminded Farm Bureau members that they are part of a special organization that plays an important role defending and promoting the nation’s agricultural industry. He also told them that grassroots members like them are what make the organization effective.

“Thank you for what you’ve done in the past and for what you are going to do in the future,” Duvall said. “We need our grassroots to be more active today than they have ever been.”

Duvall said one of his main missions as AFBF president is to make sure “the grassroots recognizes the value they really have in Farm Bureau. (The county Farm Bureaus) are the ones that really get things done.”

“The strength of Farm Bureau comes from you,” he told Farm Bureau members in Meridian. “You are American Farm Bureau. What you do is critical. Thank you for all you do.”