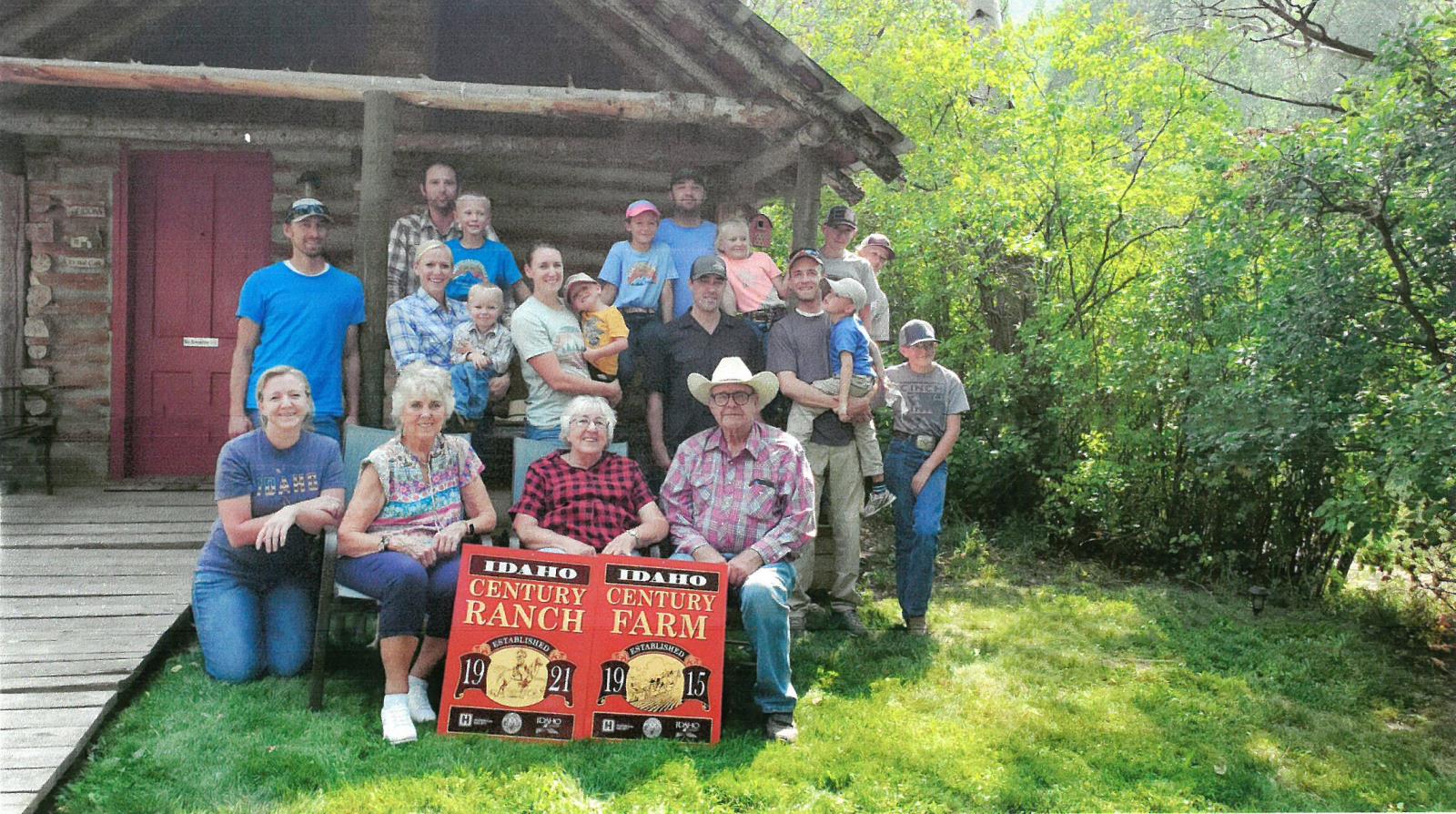 The Century Farm and Ranch award honors and recognizes families that have continuously owned and actively farmed or ranched the same land their ancestors did 100 years ago or more.

Every Idaho farm and ranch has a history and unique family story. The Idaho Century Farm and Ranch program encourages families in agriculture to share their family stories and their century-long connections to Idaho and farming.

These centennial farms are truly the “roots” of our state, connecting our past to the present.

Peter was one of five brothers who immigrated to America from Poland at a very young age. He found work in the New York shipyards and eventually made his way to Eastern Idaho.

In 1907, Peter and Amelia married and applied for an 80-acre Homestead in Jefferson County. The Zitlaus had a productive farming operation on the valley farmland and employed eight to nine men to help raise hay, grain, cattle, potatoes, sheep, milk, cows, a few pigs, and chickens.

In 1921, Peter and Amelia purchased 320 acres in Bonneville County on Granite Creek. The purchase, which is now known as Granite Creek Ranch, began another chapter of their life.

Peter began pasturing sheep and in the early 1940s phased the sheep out and enlarged the beef cattle herd. The cattle herd has ranged between 100-200 head.

Peter passed away in 1954, leaving his son Fred and grandson Carl to farm together. The two properties are approximately 25 miles apart, necessitating the sharing of machinery and coordination between the two.

In 1993, Carl and Nessie Zitlau began an additional venture to the farming and ranching operations – Granite Creek Guest Ranch. The goal was to bring guests in to stay at the ranch and help them learn about the farming/ranching way of life in the West.

Carl has lived his entire life on the farm and ranch. He completed his degree at Ricks College and received a bachelor’s degree of science in chemistry at Idaho State University.

Carl then earned a master’s degree in physics at Utah State University, all the while working on the farm/ranch nearly full-time. When Fred passed away, Carl left his career and returned to work on the farm/ranch full time.

The Century Farm and Ranch program, a partnership program of the Idaho State Historical Society and the Idaho State Department of Agriculture, was created as part of Idaho’s Centennial Celebration.

Since the Century Farm and Ranch program began in 1990, over 450 farms and ranches statewide have been designated Idaho Century Farms or Ranches.