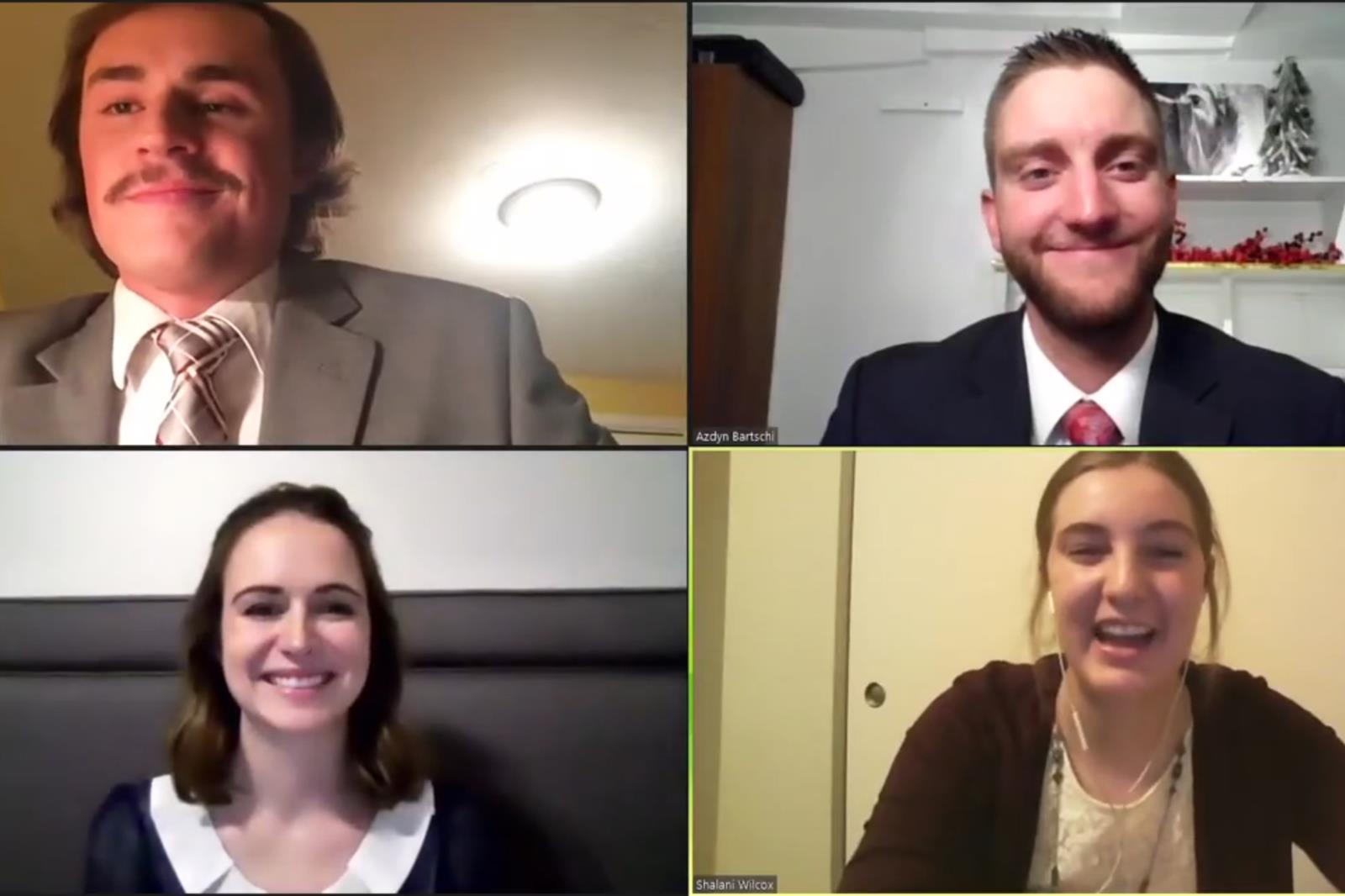 Like many other events during 2020, this year’s Discussion Meet was held virtually.

The event hosted by IFBF’s Young Farmers and Ranchers program is meant to simulate a committee meeting rather than a debate.

When presented with a challenge in the form of a question, participants, who are between the ages of 18 and 35, direct their discussions toward each other in an attempt to arrive at a solution.

Ricks won a Honda Pioneer 700 donated by Valley Wide Coop and will represent Idaho in the national Discussion Meet, which will be held during American Farm Bureau Federation’s annual meeting in January.

Bartschi finished in second place and won $600, Rounds was third and won $300 and Wilcox finished fourth and won $100.

Wilcox suffered major technical difficulties several times during the final round when her internet connection froze and her participation in that discussion was limited as a result.

Ricks also suffered a few minor internet-related issues and she said during the competition that the internet issues “helped highlight the importance of broadband access in our rural communities.”

The question for the final round was: “The decline in rural populations has been accelerated by a poor farm economy. What solutions would enhance the vibrancy and economic sustainability of agriculture in rural communities?”

Bartschi said one of the big opportunities open to producers right now that is a result of the coronavirus outbreak is that consumers, who have a high demand for transparency in agricultural production, are wanting more than ever to connect directly with producers.

“Once we can establish those relationships and bring them the quality they are looking for, without paying the middleman, you are going to see a lot of consumers maintain that relationship and hopefully that is something that will revitalize rural economies,” he said. “There is a really big opportunity for growth in that area because of this scenario we’re in.”

Many rural communities have plenty of assets that could be used to help revitalize them, Ricks said.

“We need to property assess and appreciate the assets that these rural communities have to offer,” she said. “We could really capitalize on that and help them become more robust communities … Rather than just specifically focusing on their issues and problems, (we can also highlight), look what this community has to offer.”

Wilcox said a lot of young people that leave their rural communities for education or other reasons are not coming back and more can be done to show the younger generation the career opportunities that are available in rural communities.

As the voice of agriculture, Farm Bureau can be a big advocate for that, she said.

Rounds, a banker, said farmers could benefit by becoming more financially literate about their industry and treating their operations more like a business.

“It’s not as simple as going out and planting a seed and harvesting anymore,” he said. “It’s a business and I think a lot of us in agriculture need to begin to treat it more seriously as a business and not just as driving a tractor or seeding a field.”

In her closing statement, Ricks said it’s not the strongest or most intelligent species that survive, but the ones that are most responsive to change.

“Rural communities sometimes are the most traditional; they are the ones that would most like to dig in their heels and not change one bit,” she said. “But I believe we need to be open to the ideas of change so that we as communities can become more vibrant and move forward in the future.”