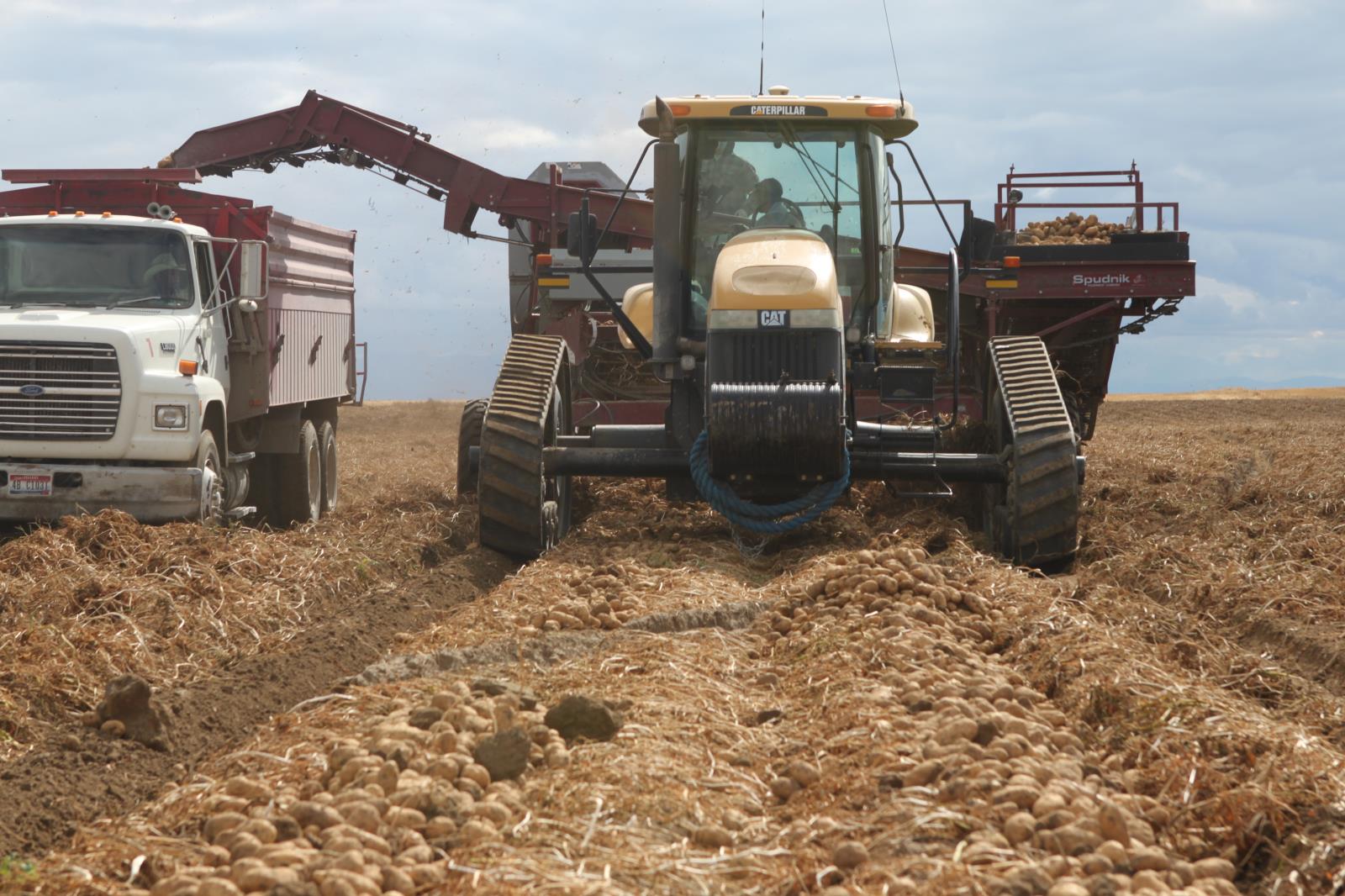 POCATELLO – Idaho’s total potato production in 2018 has been valued at $1.03 billion, a 5 percent increase over the 2017 total of $975 million and the second highest total ever.

According to USDA’s National Agricultural Statistics Service, which released that data Sept. 6, Idaho spud farmers harvested 14.2 billion pounds of potatoes in 2018, up from 13.5 billion pounds in 2017.

Last year was the first time since 2013 that the total value of Idaho’s potato production exceeded $1 billion and it was only the third time that has happened.

“It’s a great thing,” he said. “Any time you sell over $1 billion worth of anything, you’ve done well.”

He said that when production increases, as it did between 2017 and 2018, that usually results in depressed prices, but the average price for Idaho potatoes remained largely unchanged during that time and actually increased slightly in 2018.

“Prices weren’t suppressed because demand is strong,” he said.

University of Idaho Agricultural Economist Ben Eborn said that as of right now, it appears the total value of Idaho’s 2019 potato production will be close to the 2018 number and maybe a little bit higher.

“I think it will be up just slightly,” he said. “Acreage is a little higher this year and prices haven’t changed that much.”

While the total value of Idaho’s 2018 potato crop was put at $1.03 billion, not all potatoes are sold. Some are lost through shrinkage and some are used on-farm or as seed.

When those factors are considered, NASS data showed that Idaho potato farmers sold $959 million worth of spuds last year, a 5 percent increase over the 2017 total.

The total production value and sales of Idaho potatoes has risen significantly over the last 15 years.

In 2004, NASS put the total value of Idaho’s potato crop at $561 million and total sales were $510 million that year, when Idaho farmers produced 13.2 billion pounds of spuds.

“We have basically doubled our annual revenue in the past 15 years,” Muir said.

He said there are several factors that account for those increases but the commission’s promotional and marketing efforts to increase demand are a big reason. The commission spends millions of dollars per year promoting the famous Idaho potato brand.

“As a commission, we’ve done a lot to change the demand trend,” Muir said. “You only increase your total revenue if you’re selling more product.”