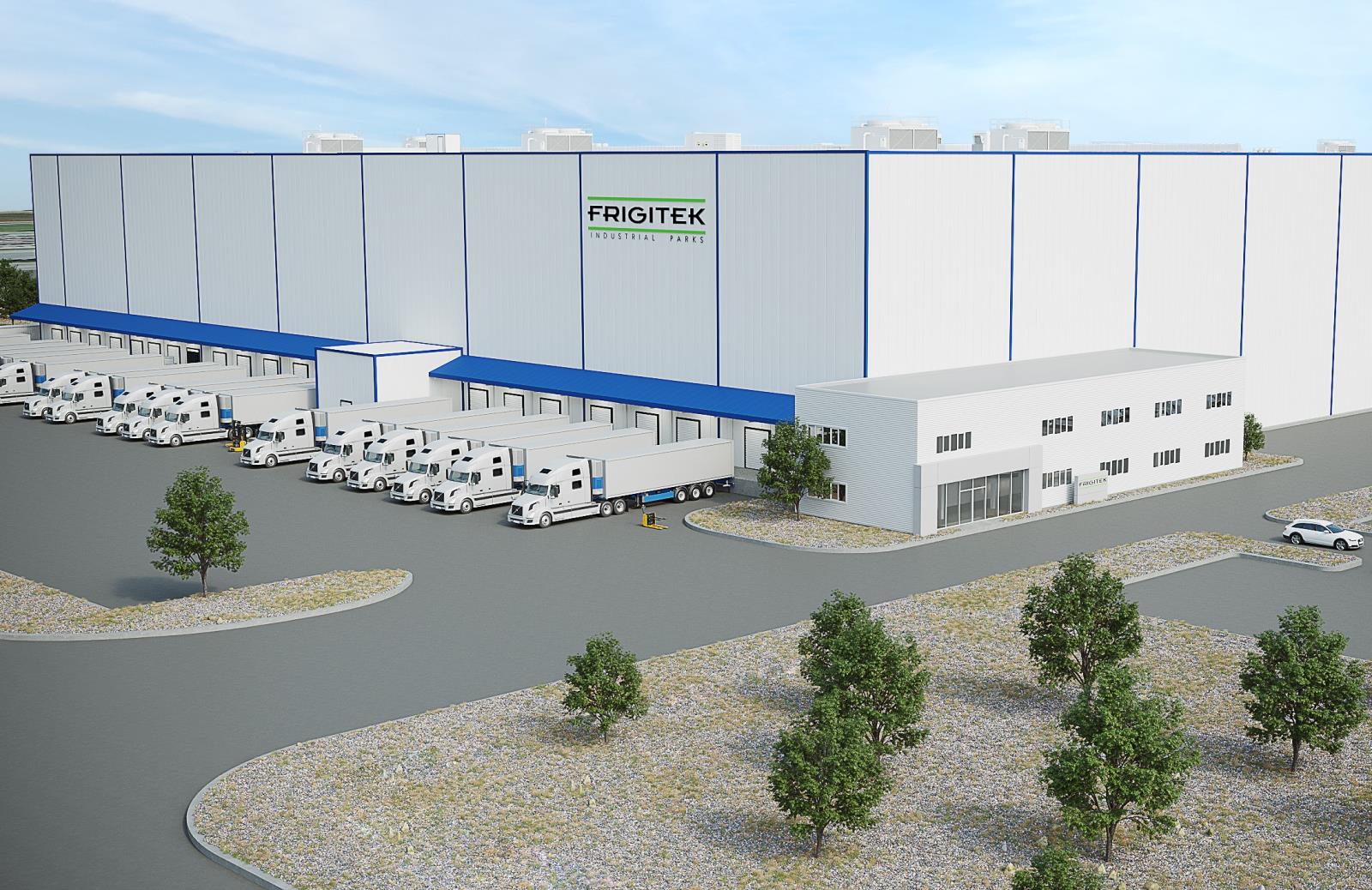 An undisclosed company plans to process locally sourced potatoes into frozen fries and dehydrated products within a refrigerated warehouse to be built at Pocatello Regional Airport, officials said.

Officials with Frigitek Industrial Parks said the tenant planning to locate in the Pocatello refrigerated warehouse intends to process 153 million pounds of raw potatoes per year.

Frigitek, based in Washington, D.C., hosted a groundbreaking ceremony about a year ago to kick off construction of the 280,000-square-foot cold-storage facility. Amid the coronavirus pandemic, however, progress on the warehouse seemed to freeze in its tracks.

Ken Brown, president of Frigitek, explained some of the banks and financial partners reneged on their funding commitments, leery of backing a project with no tenants at the time, given the turmoil of the COVID-19 pandemic.

"A lot of folks wanted to see that the project had anchor income and pulled out, we believe, because of COVID," Brown said.

On June 29, a contractor, Idaho Materials, filed a lawsuit in 6th District court seeking more than $562,000 in back pay, plus 12 percent interest, for work done on behalf of Frigitek.

Frigitek also fell behind on payments to the city of Pocatello for its lease at the airport's business park.

Now, Brown vows the project is back on track, and he anticipates resuming construction within a few weeks. He hopes to have the warehouse operational by the third quarter of 2022.

"We have no intention other than finishing this building," he said.

Brown said his company has now secured about 70 percent of the necessary financing for construction and is committed to promptly paying its debt to Idaho Materials.

"They've put in a bid for some other work and we'd like to talk to them about that other work," Brown said, explaining it was an oversight on his part to assume financing for the project would remain stable during a pandemic that halted progress on projects nationwide.

Officials from Idaho Materials could not be reached for comment.

Brown said having a tenant on board should help attract additional tenants and investment. City officials have confirmed that Frigitek has also paid its lease for the next year.

"Everybody has been rowing as hard as they can but it's been a bit uphill," Brown said. "Anything tied to the supply chain at that time (during 2020), it was hard to get folks interested in a project."

Brown said the tenant for the Pocatello facility will use 74,000 square feet of space for its potato processing and storage operation. The warehouse will have a 50,000-square-foot common area, leaving room for up to three additional tenants, Brown said.

He said tenants will have the ability to control temperature as needed and in some cases may turn off refrigeration and use space for dry goods.

Brown believes his tenant will have a freight advantage by being located at the heart of a major potato production area. Finished products will be shipped from the warehouse to markets by rail and truck.

Frigitek has also been working with an export consulting group, which is negotiating to secure an advance commitment for the purchase of 20 percent of the potato products produced at the facility, Brown said.

Brown said his company has been negotiating with a frozen foods operator as a potential second tenant.

He said demand for frozen foods has increased significantly during the pandemic, which has led more people to dine at home, and he's also considering building a second refrigerated warehouse at the Pocatello airport once the initial facility is operational.

Brown appreciates Pocatello's stable labor pool and its proximity to Salt Lake City, which he noted is one of the fastest growing cities in the country.

"We think it's prime from a labor and growth standpoint," he said of the Pocatello market.

Frigitek is located within a tax increment financing district and has received a $4.5 million commitment from Pocatello Development Authority, which administers the city's TIF districts, to help fund critical infrastructure.

In TIF districts, tax revenue generated from the value of improvements made by businesses is diverted from the general tax rolls and used to finance infrastructure serving those businesses.

Brent McClane, a Pocatello city staff member who serves as executive director of PDA, said PDA has already reimbursed Frigitek for $904,197 in infrastructure, such as sewer lines, water lines and roadways.

"This is reimbursement for things that were constructed in the public realm in the street infrastructure," McClane said. "It's all public use-type facilities. This isn't anything that is specifically private for Frigitek."

McClane said he feels good about PDA's investment because even if the Frigitek project were to fall through, the site would be prepped and ready for another business.

"I fully expect Frigitek to move forward and all indications are they're going to move forward, but what we have is public infrastructure," McClane said, adding that refrigerated storage will be a "huge asset" to the community.

MiaCate Kennedy I, CEO of Bannock Development Corp., has been heavily involved in the effort to help Frigitek change course.

Kennedy has been participating in weekly Zoom meetings with Frigitek to hear progress updates. She said she feels more positive about the company's prospects than in the recent past.

"I do see them every day making progress toward that future goal," Kennedy said, explaining she's been serving as a "facilitator to help keep this project moving forward."

Kennedy sees untapped demand for cold storage in the community and believes Frigitek's concept is a winner.

"A lot of other cities, their cold storage is doing very well," she said. "I feel from the logistics side it is a good thing."