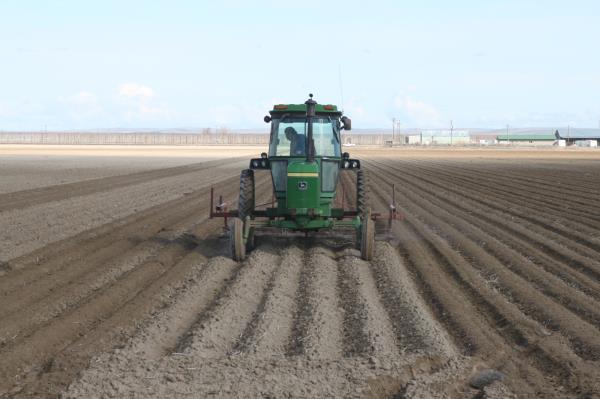 During 2018, Idaho ag export value totaled $850 million, a 2 percent increase over 2017, according to data provided by the Idaho State Department of Agriculture.

Last year’s increase happened despite challenges posed by retaliatory tariffs posed on some U.S. farm products by some of the United States’ main trading partners.

Despite those tariffs, there are still a significant amount of market opportunities around the world for Idaho farm products, said Laura Johnson, who manages ISDA’s market development division.

However, she added, in addition to the retaliatory tariffs, U.S. agriculture faces several challenges on the global trade front.

“Our export value in 2018 could have been much higher if it weren’t for those trade headwinds,” Johnson said. “Those numbers should have been higher. Hopefully, those issues get resolved soon.”

“It was good to have that 17 percent increase in Idaho dairy product exports (in 2018),” he said. “But without the headwinds of tariffs, we could have done even better. We’ve missed opportunities because of those tariffs.”

Idaho sold $240 million worth of farm products to Canada in 2018, making that nation the top destination for Gem State agricultural products. That represented an 11 percent increase over the 2017 total.

Together, Canada and Mexico accounted for 49 percent of all Idaho ag export value during 2018.

Total dairy exports from Idaho increased 17 percent to $212 million and oilseed exports were up 5 percent to $115 million.

Exports of live animals jumped by 83 percent to $35 million. Almost all of those were dairy steers heading to feedlots in Canada.

All of these totals are based on Census Bureau data that is broken down on a quarterly basis for the ISDA by a private company.

A separate set of data based on U.S. Department of Agriculture information is released each October. That data, which is less timely than the Census Bureau data, shows that Idaho ag export value was up 6 percent during 2017.

The USDA data does capture those products.

However, ISDA officials say the Census data is valuable because it shows current export trends and both the Census and USDA data show that Idaho ag exports are trending up.