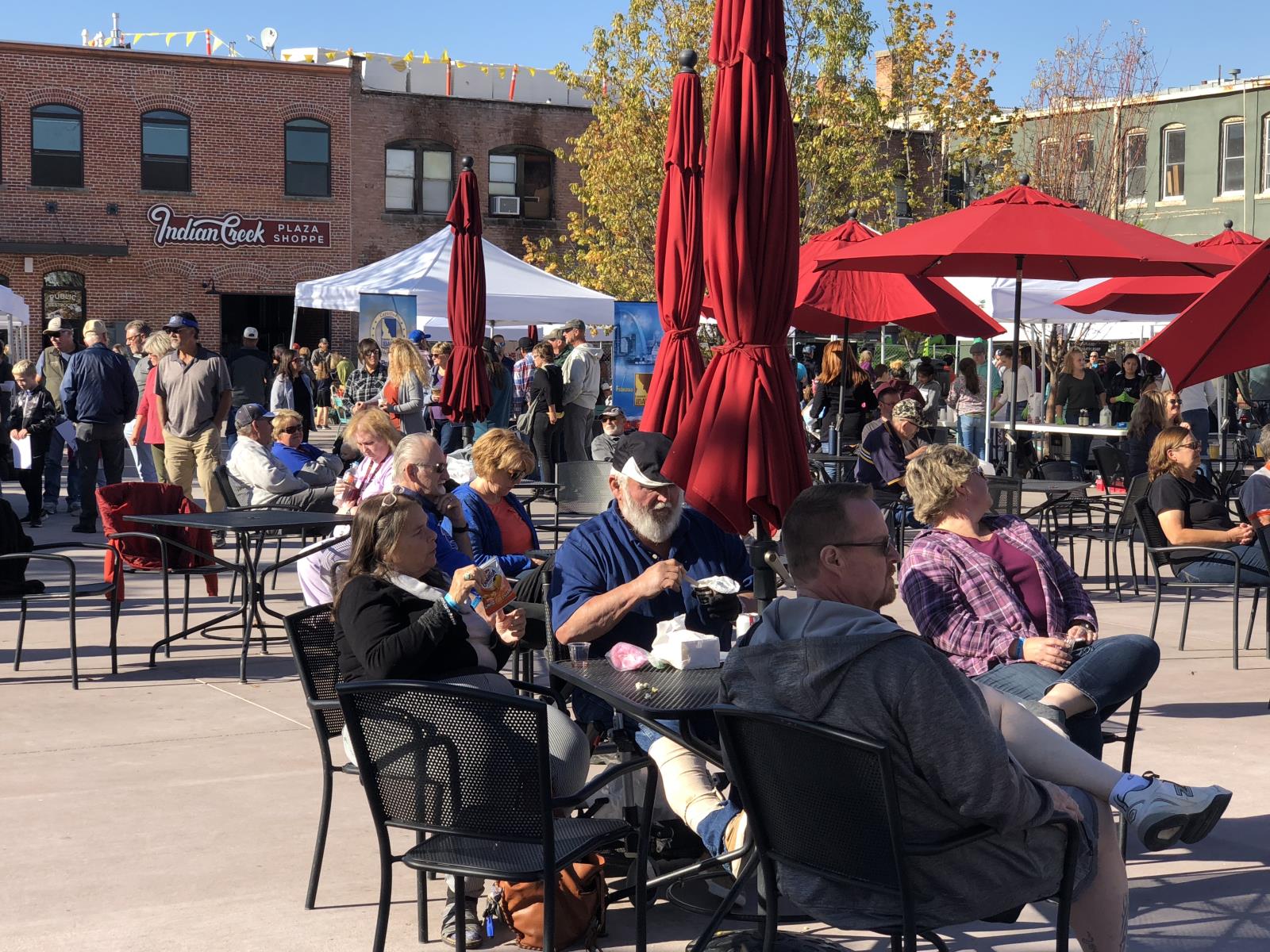 CALDWELL – Several thousand people from southwestern Idaho turned out to support farmers and the preservation of farmland during the inaugural Treasure Our Valley festival Oct. 5.

The event was meant to celebrate agriculture in the valley and also to encourage support for protecting farm and ranch land, said George Crookham, one of the event’s organizers.

A lot of people are starting to notice that farmland in the valley is disappearance at a rapid rate, he said, and the event was a chance to rally them and others to support efforts to preserve agricultural land.

“Just in the last 10 years, there is so much more interest in disappearing farmland,” said Crookham, CEO of Crookham Seed Co. “The mood has changed dramatically. People are suddenly taking a huge interest because they see what’s going on.”

Ada County and Canyon County are the state’s two most populous counties and both have a rich agricultural heritage.

Idaho is the fastest growing state in the nation on a percentage basis and most of that growth is occurring in the Treasure Valley. As people stream into the region at a rapid rate, farm ground in Ada and Canyon counties is being gobbled up to make room for development.

That means Ada County has lost 54 percent of its farmland since 1974.

Canyon County, which has the most farms in the state, lost 10 percent of its farmland between 2012 and 2017 and now has 275,000 acres in agriculture, according to the 2017 Census of Ag data, which was released in April.

The Treasure Our Valley event was a chance for farm groups to rally the valley’s residents to support preserving the farmland that remains.

“A lot of us are concerned about the loss of farmland that has taken place because of the growth that is coming here and we want to preserve and protect what we have here,” said Roger Batt, who represented seed and mint growers as well as Canyon County Farm Bureau at the event. “We want to make sure we have a viable agricultural future here in the valley.”

He said the event, which included free food and drink samples and games, was a fun way to educate people about farming and ranching in the valley.

“We want people to see what we have and understand the importance of agriculture we have in this valley,” he said.

That includes a major seed industry. The Treasure Valley is one of the world’s main seed producing regions but that industry is being threatened by the rapid growth occurring in the area, Batt said.

“This valley is one of five major global seed production regions, because of the climate we have here and the ability to divert irrigation water from our reservoirs to our farms,” he said. “It’s a gem we have here and we want to preserve and protect that.”

Kris Crookham, one of the event’s organizers, said the event was designed to educate people about the loss of farmland and encourage farmers to speak to them about what’s happening.

“A lot of farmers are getting squeezed out because it’s so hard to farm between the cracks,” she said. “Once you pave that farmland over, it’s not coming back.”

Shawn Ann Shepherd, who lives in the Boise area, is the West Coast director of development for American Farmland Trust, which conducted a comprehensive analysis of farmland loss in the United States.

One of the hot spots for farmland disappearance in the West is in the Treasure Valley, Shepherd said, and that is a big worry for AFT because of the important seed industry located there.

“It’s not just about losing that land to farming,” she said. “It’s some of the most important land in the United States because we’re the fourth largest seed growing region in the world. If you lose seeds, you don’t have food.”

She said the event was a great way to educate the general population about what’s happening.

“I think events like this that call attention to this issue are part of our way forward,” Shepherd said. “A lot of people don’t think about where their food comes from. We need to be talking all the time about why farmland matters.”

A recent growth model created by a team of Boise State University researchers forecasts that between 110,000 and 240,000 acres of agricultural land in Ada and Canyon counties will be lost to urban encroachment by 2100.

Anyone who has seen the myriad “for sale” signs on farmland in the valley knows the report isn’t making a wild forecast, said Nampa farmer Janie Burns, who has helped lead past efforts to educate people about the rapid loss of farmland occurring in southwestern Idaho.

She described the disappearance of farmland as rapacious.

“If you drive anywhere through the valley, you see the ‘for sale’ signs on all types of commercial farmland,” Burns said. “It’s just a crime to see this resource being wasted that way.”

Burns is a member of the Treasure Valley Food Coalition, which recently conducted a two-year campaign to educate people about the issue.

“I thought the (Treasure Our Valley) event was a great success that showcased agriculture in the valley; there was a lot of energy there,” she said. “It was a wonderful first step toward raising awareness of the important role that agriculture plays in the valley.”