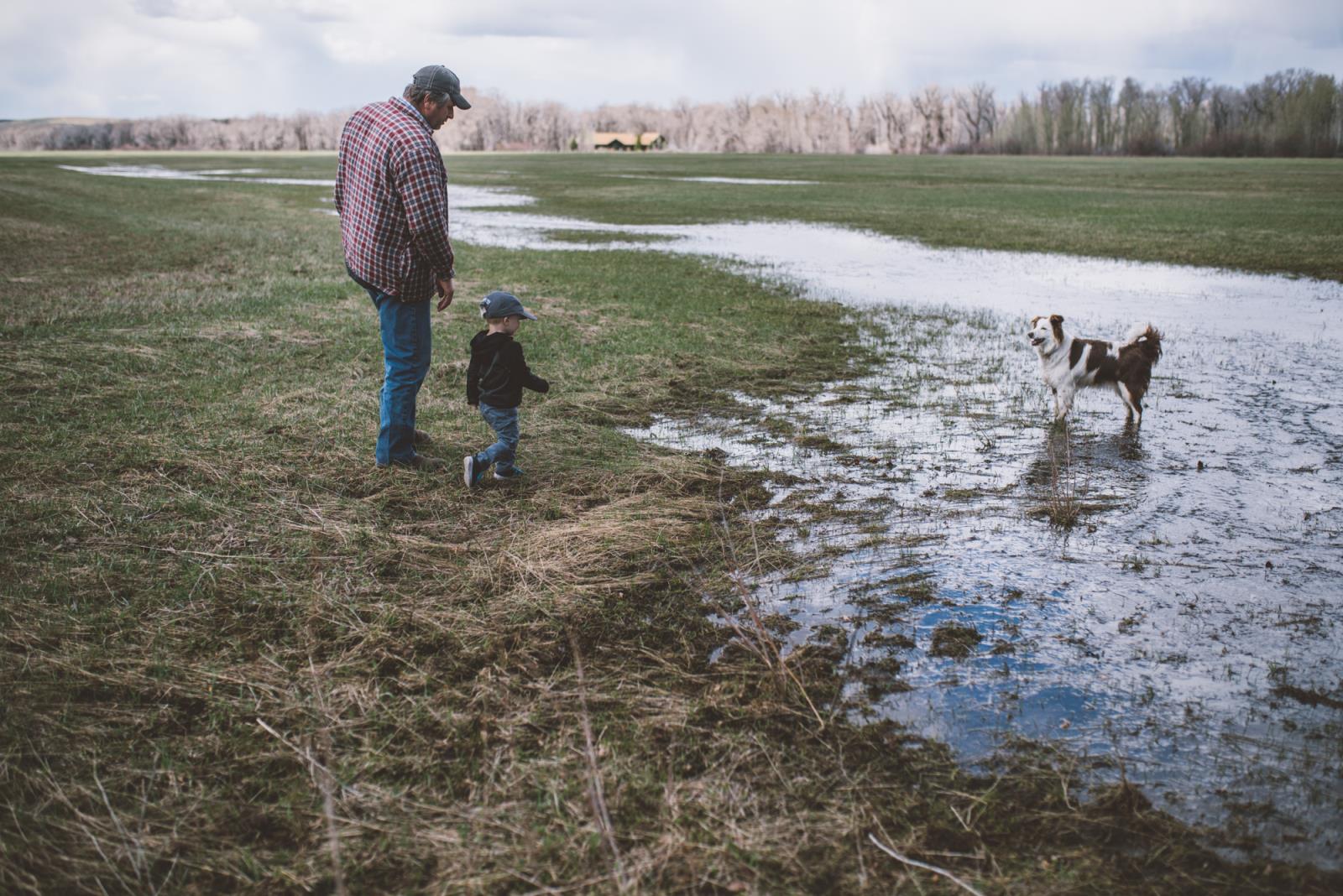 DRIGGS — Farmers who divert water from the Teton River Basin hope a new aquifer recharge pilot program will bolster late-season flows in the system and extend their irrigation season.

The Idaho Water Resource Board secured a $60,600 grant to fund the pilot in 2020 and 2021. The grant was offered by the Columbia Basin Water Transactions Program, which is funded by Bonneville Power Administration mitigation dollars associated with operating hydropower dams on the Columbia River.

In Idaho, most of the program’s funding is invested to benefit anadromous fish in the Upper Salmon, but a small portion is available to address issues in other fisheries. The pilot aims to recharge the declining Teton Basin Aquifer with at least 10,000 acre-feet of surface water during both years.

Grant funds will be used to pay participating canal companies to run water through their canals during the spring — when there’s ample excess water in the system — and spill it into adjacent gravel pits, allowing it to filter into the aquifer.

“Part of the emphasis is just to figure out if we can do managed recharge in the spring, if canals will not be frozen,” said Sarah Lien, water resources director with Friends of the Teton River. “The expectation is we’ll have the two-year period to work out some of the kinks and that it will be a viable strategy.”

Hydrology modeling done by an expert with the Henry’s Fork Foundation predicts 4,200 acre-feet of additional flows will enter the river through springs between June and October, when it’s needed most by irrigators.

The model estimates recharge will boost base flows in the system by 15 cubic feet per second during that period.

As it currently stands, many of the system’s tributaries go dry by mid-July, and the local irrigators have junior water rights, which are often targeted by senior users’ water calls during dry years. Lien said adding 15 cfs to the system could buy irrigators — most of whom raise grain, hay and seed potatoes — an extra week of watering crops.

“That’s the difference between finishing a quality crop or not,” Lien said.

Groundwater levels have declined by as much as 55 feet in some parts of the aquifer, which spans from Victor north to Tetonia, since the 1970s, Lien said. Bolstering late-season spring flows would be a great benefit to native Yellowstone cutthroat trout that live in the system, she added.

The Teton River Water Users Association formed to maintain the basin’s health to benefit a variety of stakeholders. Irrigators represent about 60 percent of the association’s membership, but it also includes entities such as Teton County, the cities of Victor, Driggs and Tetonia, the U.S. Forest Service, the Idaho Department of Fish and Game, Friends of the Teton River and the Teton River Land Trust.

In addition to the new recharge program, the basin has implemented a program to resurrect early season flood irrigation to take advantage of “incidental recharge” from irrigation water that seeps from furrows into the water table.

Lien said the program completed its second year earlier this season and diverted 10,000 acre-feet for flood irrigation from a dozen irrigation diversions. Participating canal companies are paid from a $40,000 funding pool, comprising contributions from various foundations and conservation grants, based on the volume of their flood-irrigation diversions.

Lien said aquifer levels have been dropping since the 1970s, when farmers began switching from flood irrigation to more efficient sprinkler irrigation. She said irrigators who participate in the program use their most junior rights to flood irrigate in the spring, when water is abundant.

Later in the season, when surface water is in short supply, they switch to more senior rights and use efficient sprinklers.