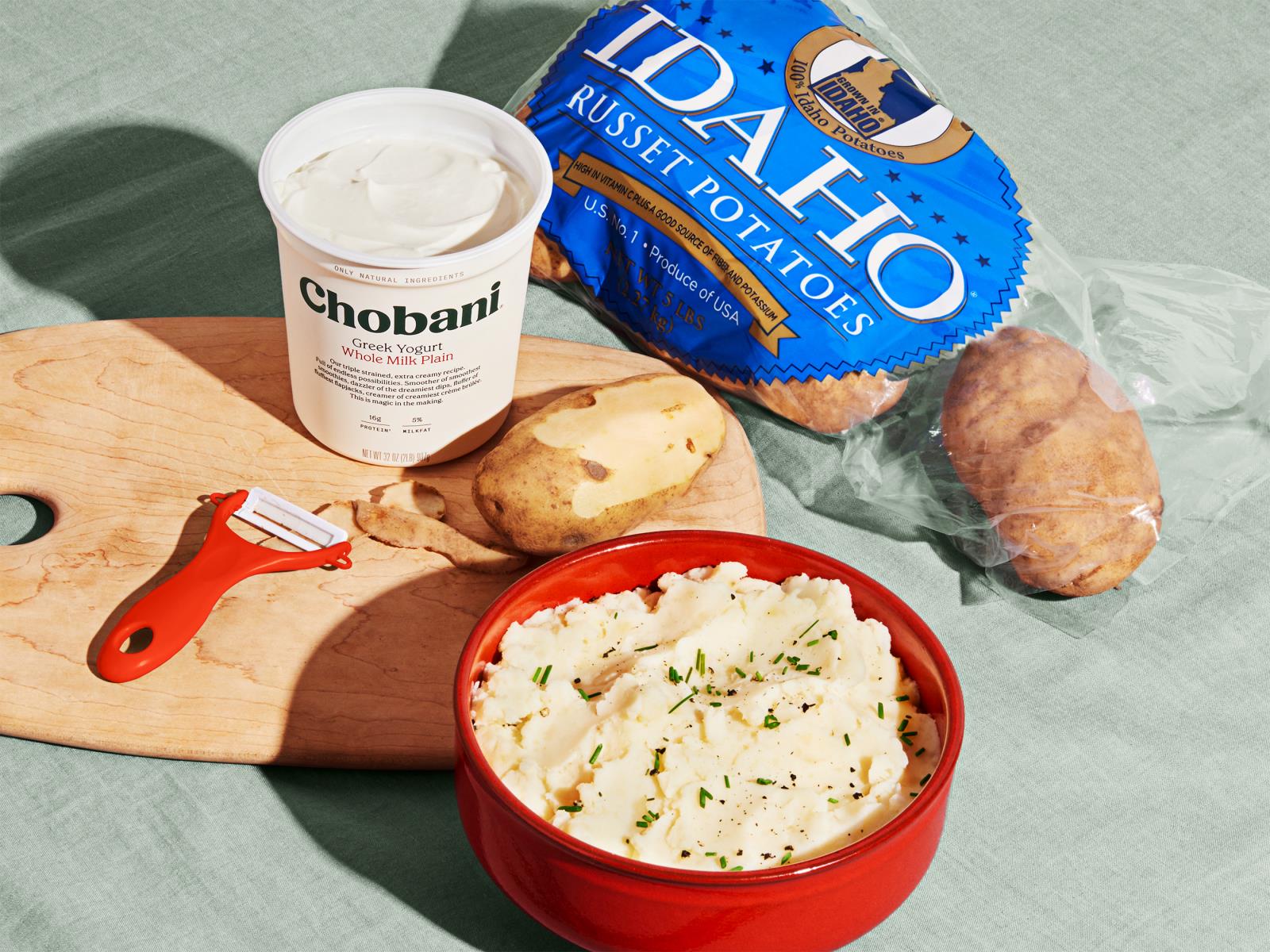 EAGLE — Thanksgiving will now have to share the fourth Thursday of November with a new national holiday.

Not to worry: The two celebrations go together like mashed potatoes and gravy.

"We believe more mashed potatoes are served on Thanksgiving than any other day of the year," explained IPC President and CEO Frank Muir.

The holiday declaration is a cornerstone of a new campaign to promote Idaho potatoes and Chobani yogurt together, Muir explained. Chobani's largest yogurt plant is located in Twin Falls, and while Idaho may be most famous for its potatoes, its dairy industry is No. 1 in the state for cash receipts.

The IPC has been busy sharing a mashed potato recipe pairing Idaho potatoes with Chobani yogurt.

"We're saying if you want to get a kick of flavor in your mashed potatoes and get more protein, Chobani yogurt is the way to do that," Muir said.

Muir said the IPC had been seeking a fitting partner with national distribution for a joint campaign. Chobani is a major sponsor of the IPC's Famous Idaho Potato Marathon and brought a yogurt-based sour cream replacement called Savor as a baked potato topping for runners of the race last May.

Chobani's founder and chairman of the board broached the subject of a partnership with Idaho potatoes during a graduation commencement address at Boise State University. The companies have already launched a joint social media campaign and a recipe contest, challenging the public to develop recipes featuring both Idaho potatoes and Chobani yogurt.

Muir said additional news about the joint Idaho potato and Chobani yogurt program will be announced during the next couple of weeks.

Wilder potato farmer Doug Gross said he's supportive of "any kind of notoriety we can get out of Idaho potatoes."

"I think it's a great cooperative promotion with two Idaho entities," Gross said.

In Western Idaho, Gross said yields were strong and potato quality was excellent. Furthermore, prices are now strong in every potato size category.

"That's the lesson to be learned from this," Gross said. "You grow a little bit less and you make twice as much money."

In Eastern Idaho, potato growers rushed to complete their harvests before the arrival of severe October frost. Muir said most of the harvest was complete before the damaging cold arrived, and the bulk of the crop is of excellent quality.

"It's hurtful for the farmers that were hit by the frost, and we recognize that," Muir said. "On the other hand, those potatoes they did get out of the ground are going to sell at a much higher price than they otherwise would have."

Muir said Idaho produced plenty of potatoes to meet customers' demands. He said the commission is now working to get a handle on production of usable potatoes, and given that IPC is funded by an assessment on every hundredweight of spuds, the crop size could affect the scope of IPC's marketing programming. Muir anticipates IPC will have a sufficient budget and reserves to offer strong programming.