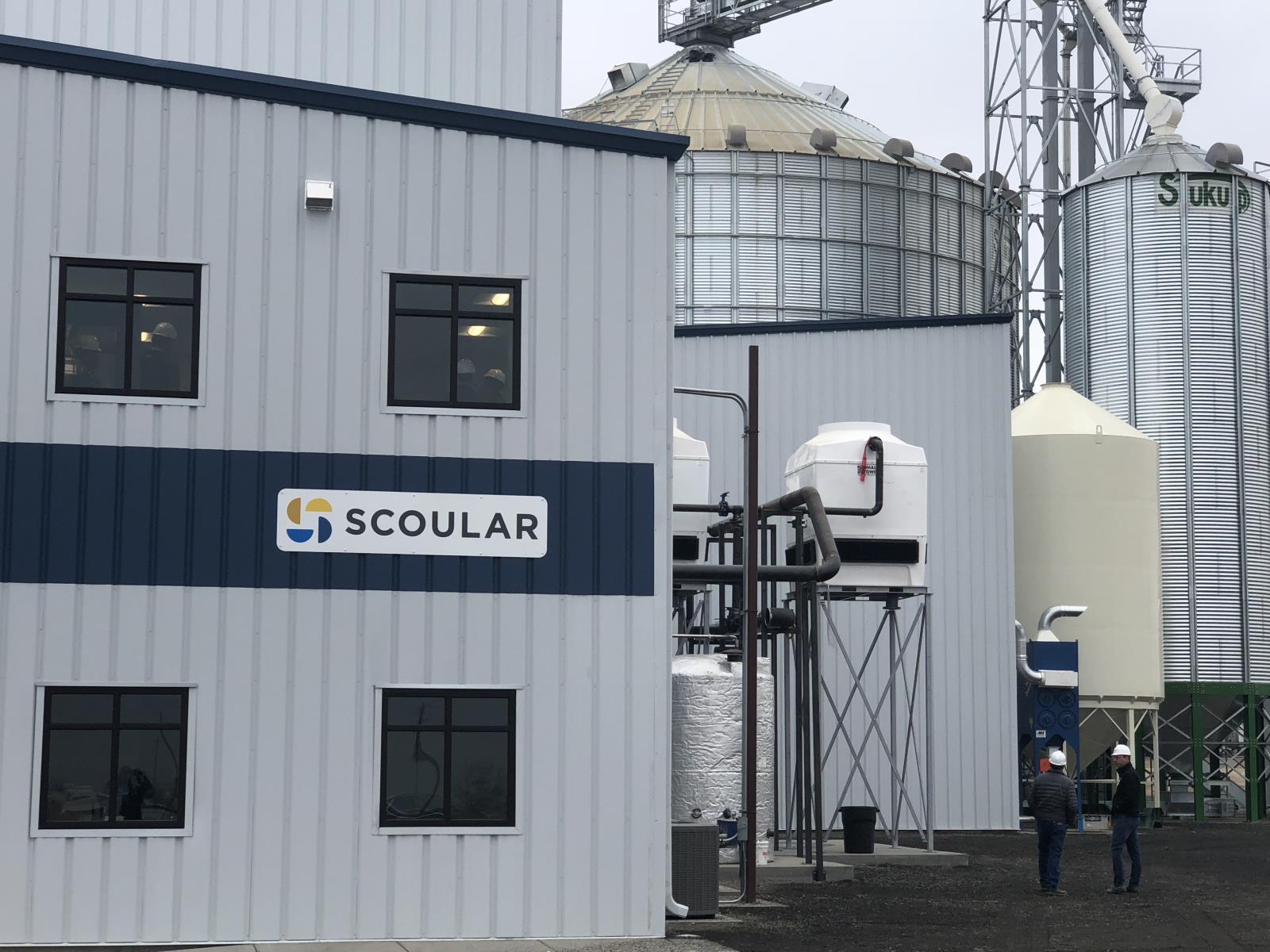 JEROME – Officials from the Scoular grain company and members of Idaho’s farming industry on Dec. 7 celebrated the opening of a facility that will produce a new barley product.

“This plant is a real opportunity to add value to an already well-established industry in Idaho,” said Wilder, who was joined at a ribbon-cutting ceremony by the four members of the IBC board. “We’re really excited to be here to support (Scoular).”

Scoular, a $6 billion agribusiness company that buys, sells, stores, handles and processes grain and other ingredients, announced the new project last August. The facility will produce a barley protein concentrate that is a plant-based alternative protein.

The product, called Emerge, will be sold to the aquaculture and pet food industries. Idaho leads the nation in trout produced for food and is one of the national leaders in aquaculture production.

Idaho’s trout industry will be an important customer of the new product, said JC Olson, the project manager for Emerge.

A high-energy liquid feed supplement for cattle feeders will also be produced during the manufacturing process.

Barley produced in Idaho is being brought into the facility right now and it will begin commercial production in January, Olson said.

He said about 20,000 new barley acres were added in Idaho this year due to the Emerge product and other Scoular food and feed barley initiatives.

“Our expectations are for that to nearly double over the next several years; that’s just in Idaho,” Olson said.

The facility will initially have the capacity to produce about 1.8 million bushels of barley per year, which is roughly 4 percent of Idaho’s total barley production.

Scoular officials said they are hopeful the amount of barley produced at the facility will increase substantially over the next several years.

Idaho farmers typically harvest about 500,000 acres of barley each year and most of the barley produced here is grown for malt for the beer-brewing industry, while the rest is grown for human food or animal feed.

Olson said the new barley product will not compete with the state’s well-established malt barley industry.

“We’re not here to compete with the malt industry,” he said. “Our approach is to compliment the industry and bring more opportunities to the grower.”

Because Idaho is a long way from many of the markets the state’s agricultural commodities end up in, any time value can be added to a commodity in the state before it’s shipped out, it benefits the grower and processor, said Idaho Farm Bureau Federation CEO Zak Miller, who farms in St. Anthony.

“This Emerge facility will be a welcome addition to the state’s farming sector and it represents the kind of innovative, forward-thinking mentality that is prevalent in Idaho’s agricultural industry,” he said.

The facility will mean more opportunities and choices for Idaho farmers, Wilder said.

“It’s good news for growers who would like another market for a barley crop,” she said. “This facility represents new barley acreage and new opportunities for growers.”

In a news release, Scoular CEO Paul Maass, who attended the ribbon-cutting event, said the company has a long history of success partnering with Jerome and its customers in Idaho and is thrilled to make additional investments in the region.

“Scoular is proud to develop this innovative feed product and partner with Idaho’s barley farmers and pet food and aqua feed manufacturers to add value throughout the supply chain,” he said.

According to the news release, Emerge is the only barley protein for feed customers and is created through a process that concentrates the protein naturally found in whole barley kernels, creating a nutrient-dense ingredient.

The new operation is a partnership between Scoular, which is based out of Omaha, Neb., and Montana Microbial Products, which is based in Montana and developed the technology to create the barley protein concentrate.