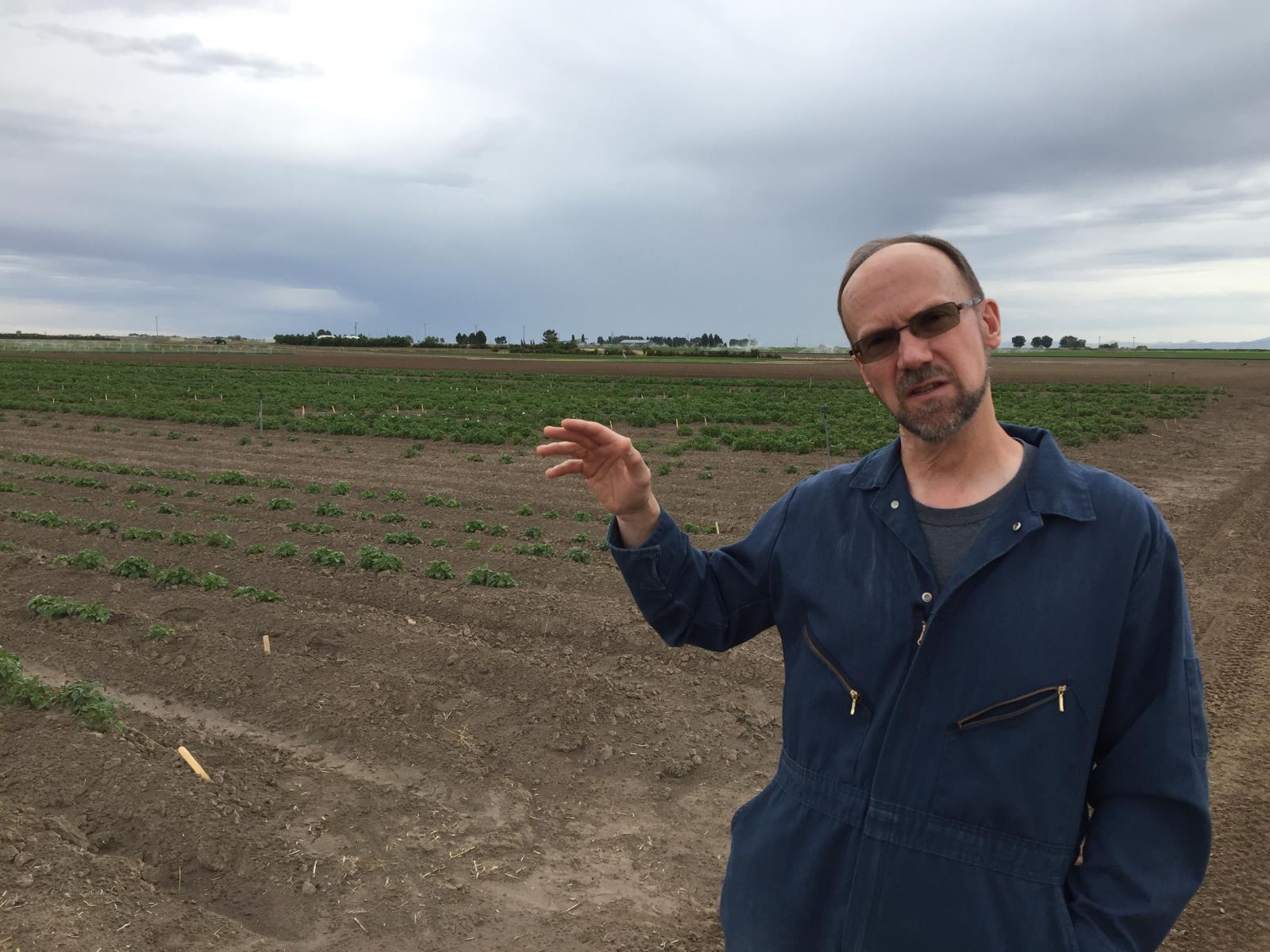 The potato breeder with the USDA's Agricultural Research Service in Aberdeen is using genetics from a wild spud relative to develop crosses that won't turn green when exposed to light.

Novy said potatoes with the trait can also be exposed to light without accumulating compounds that confer a bitter taste, known as glycoalkaloids.

Greening is a perennial quality challenge for growers, mostly attributable to shallow-growing tubers that breach the soil in the field.

"I've heard from processors in Asia. They're very aware of greening and it can cause issues with exports to other markets," Novy said, offering an example of the consequences of greening.

Novy introduced the trait into his program by crossing the wild species Solanum microdontum with a modern Russet, thereby making it easier to make future crosses.

He learned about the trait when he read a scientific journal paper by John Bamberg, project leader with the U.S. Potato Genebank in Wisconsin. One of Bamberg's staff members had noticed some wild tubers exposed to light weren't turning green.

Introducing traits from wild relatives of modern potatoes is often extremely difficult. Most wild types are diploids, meaning they have 24 chromosomes. Modern commercial potatoes are tetraploids, with 48 chromosomes.

To make his cross, Novy used a technique known as unreduced gametes.

He explained that a very small percentage of microdontum plants gave rise to "unreduced" eggs — passing along two identical sets of 12 chromosomes rather than the expected single set of chromosomes — and could therefore be fertilized by pollen from a commercial tetraploid variety that passed along the usual haploid set of 24 chromosomes.

Though he's overcome the breeding bottleneck, Novy said it will still be about a decade before the first greening-resistant clones pass through the requisite field evaluations and can be released as varieties.

Novy hopes to soon publish about his greening-resistant breeding clone in a scientific journal. He's already received requests for the clone from other breeding programs, including in Colorado and North Carolina.

Fresh potato grower Derek Reed, of Idaho Falls, estimates between 6% and 8% of his spuds are affected by tuber greening in most seasons.

"It's certainly an issue I'm concerned about," Reed said. "We work hard to get our hills set up right and get the spuds at the right depth so they don't do that."

Reed typically plants Russet Burbank, which was developed in the early 1900s, rather than newer varieties. Nonetheless, he considers the introduction of the greening trait to be an interesting and important development.