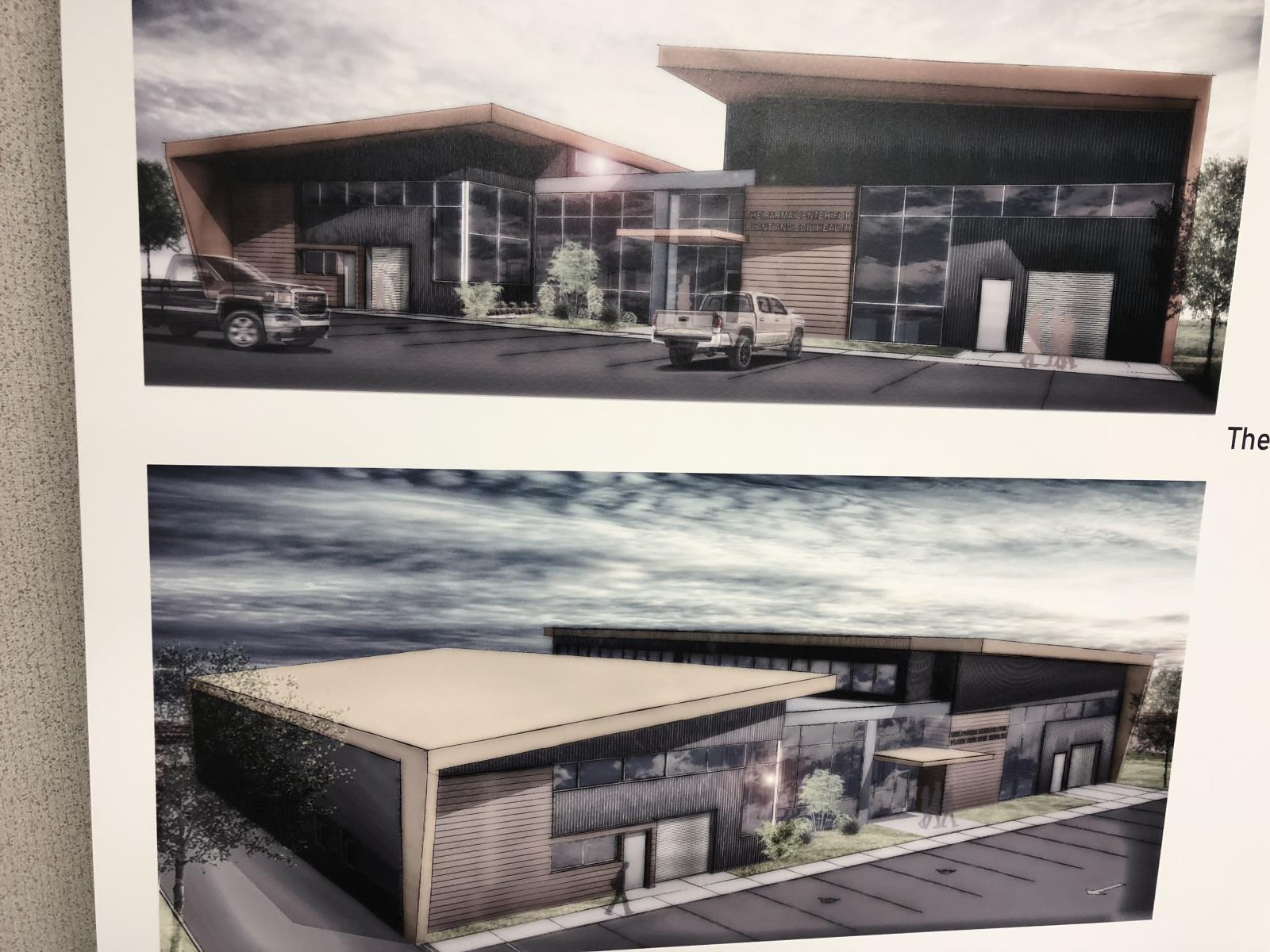 PARMA – The planned $7 million renovation of University of Idaho’s agricultural research station in Parma is still on track, with plans to begin construction next year.

“Fundraising for the project has not stopped,” said Carly Schoepflin, director of communications and strategic initiatives for UI’s College of Agricultural and Life Sciences. “We’re still progressing on the same timeline for the project. Everything is staying the course.”

The facilities there are more than 50 years old and badly in need of upgrading, said Michael Parrella, the dean of CALS, which oversees the Parma ag research station and seven others throughout Idaho.

The modernized facility would include new graduate student housing, updated laboratories and equipment, new greenhouses and four new positions: an Extension fruit and viticulture specialist, a weed scientist, an irrigation and soil scientist and a scientist that specializes in pollination.

That would bring the total number of research faculty at the Parma center to 10 and they would study everything from bugs to weeds to water and soil.

The work done there would benefit farmers in every part of the state, not just producers in southwest Idaho, Parrella said.

“This investment in Parma benefits not just the growers regionally but it benefits agricultural production statewide,” he said.

The university earlier this year received permission from the Idaho State Board of Education to move forward with the design phase of the project. The next step is requesting $3 million from the legislature during the 2021 session, which begins in January.

If lawmakers agree to provide the full $3 million that supporters of the project are seeking from the state, then the plan is to start construction with a goal to have it completed by 2023, Schoepflin said.

The plan for the project is to raise $3 million from private industry, including farm commissions and individual farmers, as well as agribusinesses, and $3 million from the state.

The university will put $1 million toward the project, in addition to the $1.5 million it already allocates to the research center annually.

Private industry and farm commissions have donated $2.85 million toward the project so far. That includes $850,000 from eight different farm commissions, $300,000 from farmers and other individuals and $1.7 million from ag-related corporations, co-ops and foundations.

The Idaho Barley Commission has pledged $25,000 toward the project because the barley industry “recognizes the importance of updating the center to attract and retain outstanding scientists who do work that will benefit growers … throughout the entire state,” said IBC Executive Director Laura Wilder.

She said the commission provides funding to several researchers around the state who work collaboratively with researchers at the Parma center on projects important to barley growers.

“The commission’s investment in the Parma center is a big step in providing services to our growers far into the future,” Wilder said. “The barley commission recognizes the (university’s) vision for updating that research and extension center, which will be a hub for projects that will impact growers in every part of the state.”

Bob Simerly, an industry agronomist, said the donations from private industry and agricultural groups will show lawmakers how important the project is to the state’s farming community.

“Industry is supporting it; that says a lot to the legislature,” he said. “Those dollars are like votes.”

Simerly said the renovated researcher center “will provide a generation of world-class research facilities and scientists who will work to support agriculture in Idaho.”

Researchers in Parma will study a lot of issues important to all farmers, including crop diseases and insects, weeds and irrigation efficiency, Parrella said.

“All of these things will provide a broad benefit to more than just the growers around Parma,” he said.

Parrella officially unveiled the Parma renovation plan in February 2019 during a meeting of the Treasure Valley Ag Coalition, which was formed in 2009 to save the Parma center when it was slated for closure.

After the project was discussed during the meeting, TVAC members voted unanimously to rename the group, Idaho Agriculture Research and Extension Coalition. The name was chosen to reflect that the research that will occur at the rebuilt Parma station will benefit all sectors of Idaho’s farming community.

Parrella said the project represents a major investment in the state’s agricultural industry.

“We’re looking at a long-term investment in the future of Idaho agriculture,” he said. “We’re proud of agriculture in the state and it’s critical to the state’s economy.”

He also said Parma is just the first step in CALS’ plan to renovate all of the college’s research and extension centers around the state.

“The plan is to start in Parma but then move on and invest in all of these research and extension centers,” he said. “That sort of investment in these R and E centers is what it’s going to take to move them forward.”