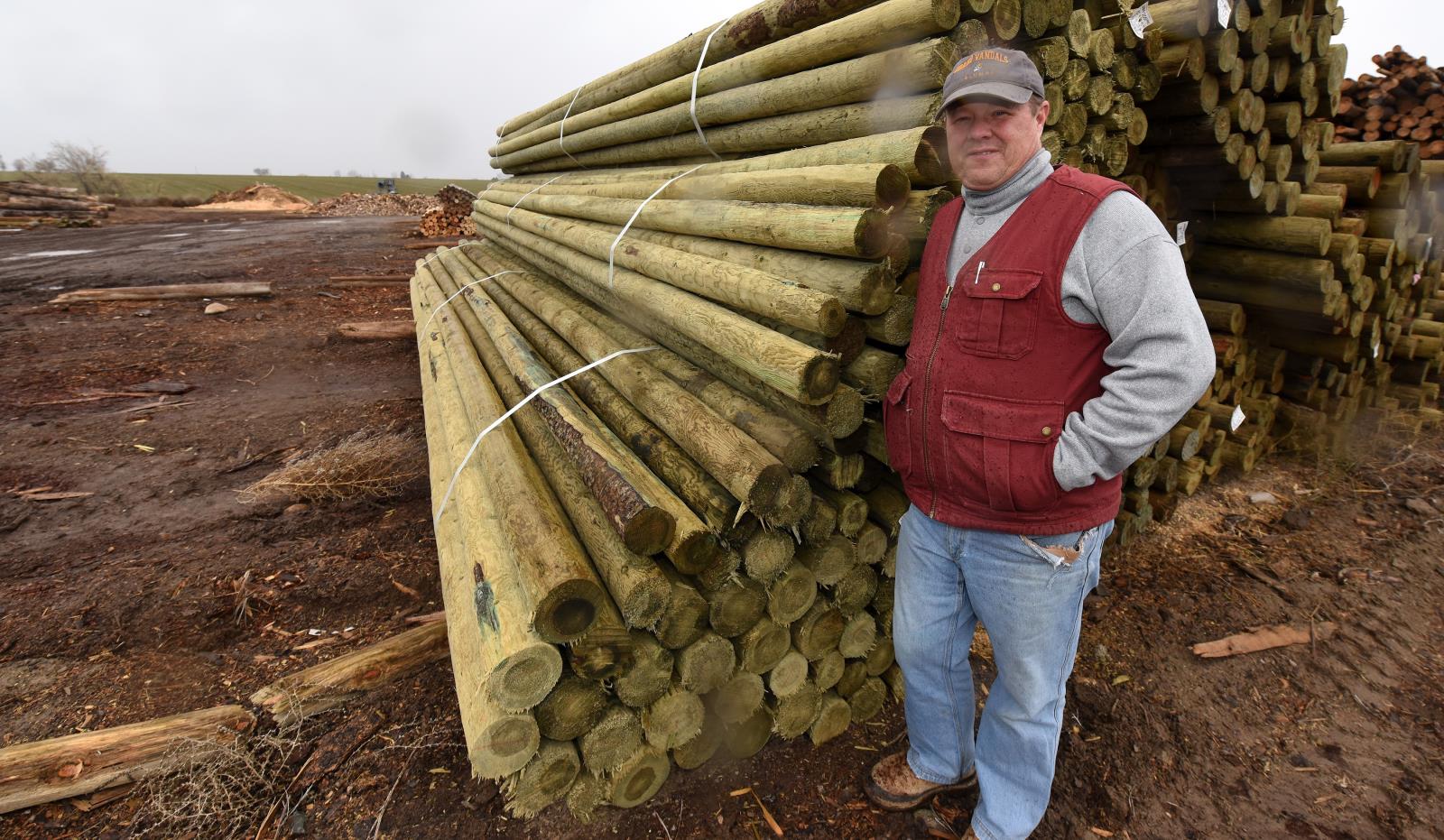 Free advice from a friend in 2010 proved to be invaluable advice in the following decade for Mike Sterling, owner of Parma Post & Pole.

Greg Obendorf of Obendorf Farms, which grows hops in southwestern Idaho, showed up one day and gave Sterling a heads-up that hop production in the state was about to take off and he needed to get prepared to produce hop poles.

“Greg’s known me my whole life and I know his boys really well and he was kind of the one who came in and said, ‘You need to be prepared,’” Sterling said. “And it’s just been non-stop since 2012.”

Hop production has really taken off in Idaho and Parma Post & Pole has become the main provider for hop poles in the state.

Idaho surpassed Oregon in 2017 to take over second place in the nation for harvested hop acres.

The center of hop production for Idaho is in the southwest corner of the state. The communities of Wilder, Homedale, Notus and Parma comprise the hub of hop growers in the area.

The hop plant is a climbing vine that produces flowers or seed cones that are then harvested for use in the production of beer. Cultivation of the plant requires poles to support the horizontal cables that support the vertical lines the plants climb.

Parma Post and Pole has been one of the major beneficiaries from the explosive growth in hop acres in Idaho, as well as across the country, according to Sterling.

Sterling’s father, Walt, started the business in 1982 when he bought a fence post peeler and a couple other pieces of equipment at an auction in Marsing.

Sterling bought PPP from his father in 1998.

According to Sterling, his father had never sold a hop pole when he owned the business.

Sterling said that the hop poles are a niche industry and he takes a lot of pride meeting the hop pole needs of local hop growers.

His primary business is focused on fence posts and rails. He estimated that hop pole production is between 15 to 20 percent of his business.

“I think in the last 10, 12 years we’ve done just under a half-million poles,” Sterling said.

“With the hop poles, our main focus is catering to the local growers,” he said. “All these guys are guys we know. They’re guys that I grew up with, so we take a lot of pride in making sure that we’re covering the local hop growers, but we’ve (also) shipped hop poles to … Colorado, to Oregon, to Reno, to Maine; I mean, we’ve sold hop poles all over the country.”

According to Sterling, the beauty of hop poles is that if the orders for hop poles fail to materialize, the poles are easily converted into fence posts.

“We’ve already got them pre-cut at 22 foot or 24 foot, but if the hop pole orders don’t come in, we can chop those into three sevens or two sevens and an eight because we produce like 300 different items,” he said. “Once the wood’s physically on the property, we have so many opportunities to re-manufacture it.”

Sterling said that in Parma he has about 30 employees running four peelers. Over in Seneca, Ore., he has a partnership with Iron Triangle Logging, where they run three more peelers and employ another 20 people.

According to the National Beer Wholesalers Association, the U.S. beer industry sold almost 205 million barrels of beer in 2020. Put another way, average annual consumption of beer in the U.S. is 28 gallons for every person over the age of 21 in the U.S.

That’s a lot of beer. And to make all that beer requires a lot of hops.

The hop plant is an important flavoring ingredient in the production of beer. According to the U.S. Department of Agriculture’s National Agricultural Statistics Service, Idaho, Oregon and Washington grew an estimated 90 percent of hops in the United States in 2021.

Brock Obendorf, the current owner of Obendorf Farms and chairman of the Idaho Hop Growers Commission, attributed some of the hop acreage growth to development of the micro-brew and beer market, specifically India Pale Ale.

Obendorf said that he currently plants about 3,900 acres in hops, an increase of 2,700 acres from 2008, he doesn’t see the expansion of production continuing.

A recent newcomer to the field of hop production is Central Cove Hop in Parma, a subsidiary of the JC Watson Packing Co. based in Parma. JC Watson Co. specializes in producing, packing and marketing Spanish sweet onions.

“It definitely boomed the last five years,” Libsack said of hop production in southwest Idaho. “But it’s starting to … stabilize. We’re seeing more of a change in varieties than we are a growth in acres.”

Whether the demand for hop poles increases or decreases, Sterling and Parma Post & Pole will continue providing poles on demand.

“I’ve always joked that these guys treat me like Domino’s Pizza. They want them just in time,” he said with a laugh. “I’m predicting it could go down but last year I was thinking we would hardly do poles but in a three-week period we took orders for 30,000.”