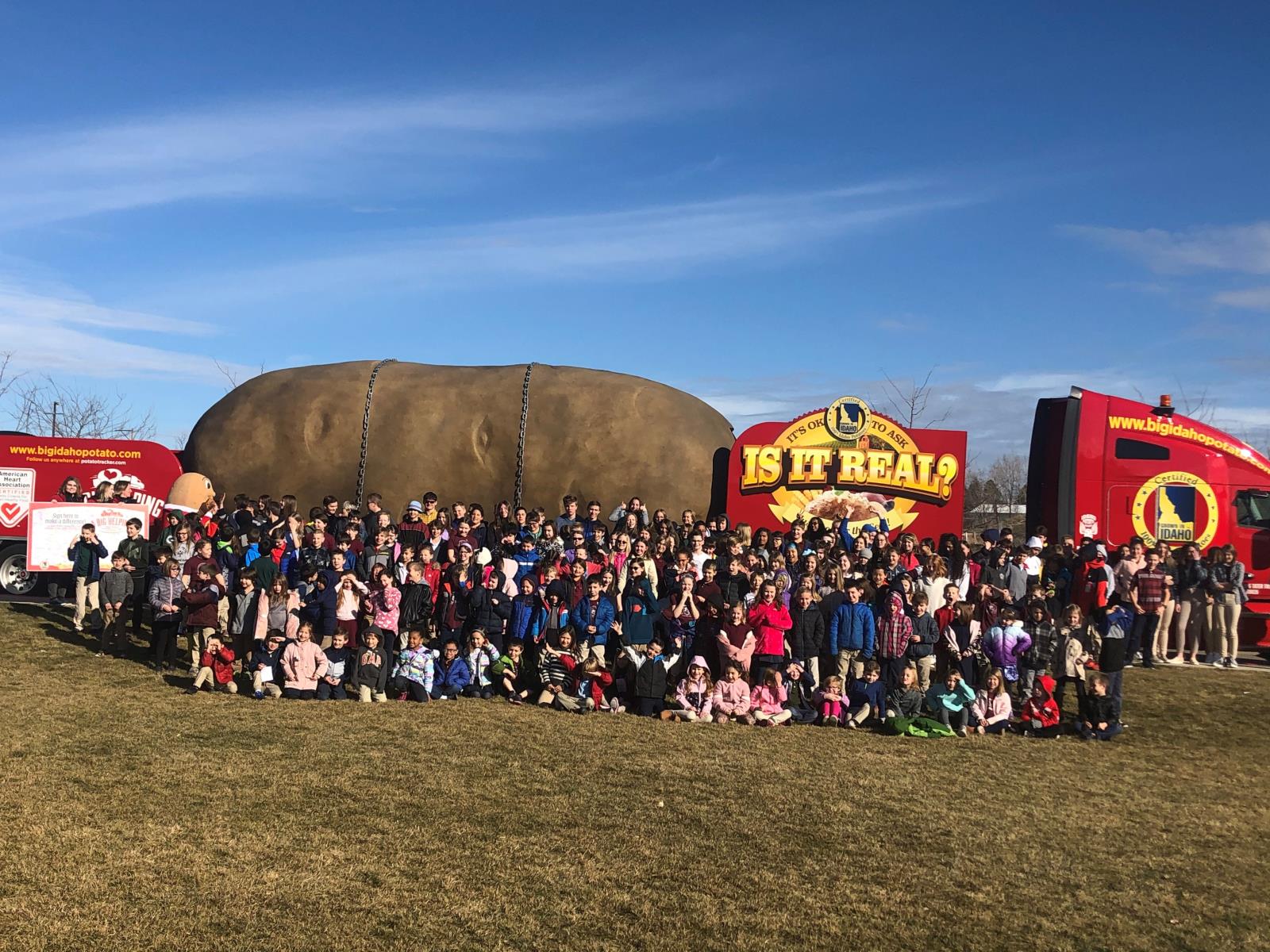 POCATELLO – In the midst of the coronavirus outbreak, potatoes are suddenly a hot item across the nation and there are reports of spuds flying off grocery store shelves.

“It’s been really remarkable how fast … potatoes have been flying off the shelves,” said Blair Richardson, president and CEO of Potatoes USA, the nation’s potato marketing organization. “Potatoes are being purchased as soon as they come into stores in many areas.”

“You can hardly find retailers with potatoes on the shelves” in some places, said Idaho Potato Commission CEO Frank Muir.

The sale of potatoes through foodservice channels has dropped significantly as many restaurants and schools have shut down because of the coronavirus outbreak, Muir said.

But retail sales have jumped significantly and the IPC has sent out a communication to retailers, foodservice customers and shippers trying to facilitate a quick shift of spuds from foodservice to retail channels.

“Foodservice doesn’t have the demand right now and we don’t want those potatoes sitting there and (being wasted),” Muir said. “We’re trying to make sure those potatoes have a home, especially when there is such demand for them and retailers are out of stock.”

“It’s kind of frantic right now,” said Idaho spud farmer and IPC commissioner Randy Hardy. “We’re trying to (move) all we can from foodservice, where they are not being used, and get them shoved over to the stores.”

IPC Chairman Nick Blanksma, a farmer from Hammett, said he’s heard that “retail can’t keep up with the demand for potatoes right now.”

He said the industry, with the help of the commission, is undertaking a major effort to move potato cartons from foodservice to retail.

“Potatoes flying off shelves has never happened before,” he said. “These are drastic measures being taken in a drastic time.”

Muir said potatoes are a hot item right now because consumers know, or are learning, they are a great value, nutrient-rich and versatile.

“People are realizing potatoes are a pretty good value and that they are pretty versatile,” Hardy said.

Richardson said Potatoes USA has switched most of its communications efforts for the moment into more of an education mode: “How to properly store all the potatoes being purchased to avoid waste and how to use the potatoes in simple preparations with whatever else happened to be available at the store.”

Even though spuds are a hot item right now, industry leaders said there is no shortage of potatoes in this country, nor will there be next year.

Blanksma, who grows potatoes for the process market, said processing plants are not shutting down. “They are still producing potatoes.”

He also said that farmers in Idaho, the nation’s No. 1 spud-producing state, are forging ahead with their usual plans to produce another bumper crop in 2020.

“Farmers are resilient and the planting process is proceeding on schedule,” Blanksma said. “We haven’t stopped. We’re looking to the future.”

Richardson said spud farmers across the nation are moving forward with their usual potato production plans.

“Notwithstanding the vagaries of nature, I foresee that we’re going to have a plentiful supply of potatoes again this year,” he said.

One thing the coronavirus outbreak has shut down is the IPC’s famous Big Idaho Potato Truck. After visiting a charter school in Idaho earlier this month, the truck, carrying a gigantic “potato,” headed to Florida for the first stop of its 2020 tour of America.

But once it became apparent how widespread the outbreak was, the Idaho Potato Commission quickly decided to pull the truck, and the Tater Team that drives, operates and promotes it, back to Idaho.

The truck normally moves from town to town, every day, and the commission did not want to risk spreading the virus to the public or the Tater Team, Muir said.

“The news just kept breaking and breaking,” he said, adding it didn’t take long for IPC commissioners to decide to halt the 2020 tour. “It’s been brought home temporarily until we consider it safe to be back on the road. It was absolutely the responsible thing to do.”

“For the safety and health of everyone, including our team, we felt it was necessary to pull it back home,” Blanksma said.

Although the correct and socially responsible thing to do, stopping the tour “is kind of disappointing, but so is everything else right now,” Hardy said.

In an off-the-beat type of way, Idaho potatoes are also helping keep people safe from the coronavirus.

According to a report by a local CBS news station, Koenig Distillery in Caldwell, which produces vodka from Idaho potatoes, has instead started turning the spuds into hand sanitizer at the request of a local hospital.

“Whether it’s cleaning your hands or filling your belly, Idaho potatoes are good for you,” Muir said.