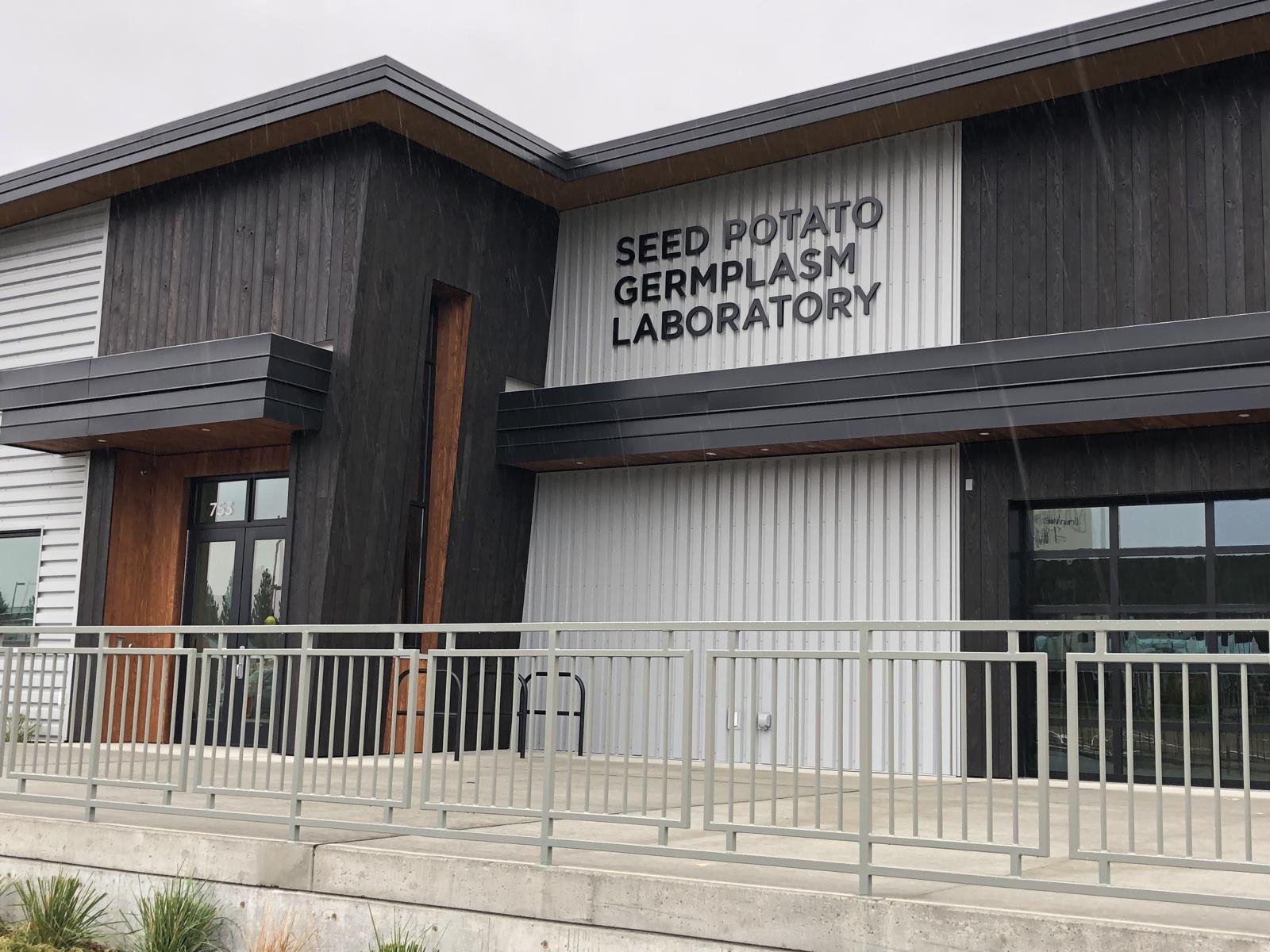 MOSCOW – The University of Idaho is close to opening a new Seed Potato Germplasm Laboratory, which is the place where most Idaho potatoes are “born.”

The new $5.5 million facility is located on the university’s Moscow campus and is a major upgrade from the previous facility, which was actually a few classrooms on the third floor of the ag science building.

“This is a really top-end facility,” said Doug Gross, who grows potatoes for the processing industry near Wilder. “It’s important for Idaho as the number one potato and seed potato producing state to have a world-class facility that we bring our seed through.”

The laboratory ensures the tissue culture that is used to grow potatoes is disease-free and high quality, said Michael Parrella, dean of University of Idaho’s College of Agricultural and Life Sciences.

Idaho is the nation’s top potato-producing state and has a global reputation for producing quality spuds, he said.

“Where does that quality start? It starts here,” Parrella said about the seed potato facility. “The industry needs to have healthy plants and they have to be free of pathogens. That’s what this facility does.”

The facility maintains disease-free tissue culture for about 300 different potato varieties, according to Jenny Durrin, the program director for the Seed Potato Germplasm Laboratory.

“We provide the starting material for the first generation of potatoes that are grown in a greenhouse and then get sold to seed potato growers,” said Durrin, who helped design the new facility.

All potato tissue cultures and mini-tubers that come out of the program are certified disease-free after undergoing a rigorous cleanup process.

There have never been any sanitary issues with the previous facility but because the old facility included common-use spaces and a lot of foot traffic, the possibility existed, Durrin said.

The new facility is designed to make the possibility of contamination basically a non-issue, she said.

“It will just increase confidence in the program overall,” Durrin said.

“It’s a big-time investment and they want to make sure that what they are getting from the seed potato facility is as pure as can be,” he said. “We absolutely need a facility like this that can help us maintain the quality of Idaho potatoes.”

The Idaho Legislature approved $3 million toward the facility, the IPC has provided $1.25 million, CALS provided $1 million and the rest of the money came from contributions from industry and individual growers.

The new facility is much bigger than the previous one and will allow the program to significantly ramp up production as industry requires, Durrin said.

“This facility will allow us to produce about three times as much as we are currently able to produce,” she said.

The new facility is expected to go functional before the end of 2021 and CALS officials plan to hold a grand opening next spring.

Gross toured the new facility Nov. 7 and was impressed.

“We’re pretty proud of this new facility,” he said. “It will give us the capacity that we need to continue to grow our seed potato business in Idaho. Having clean seed is essential for Idaho’s potato industry to be successful.”