New Idaho wheat variety did well this year despite drought 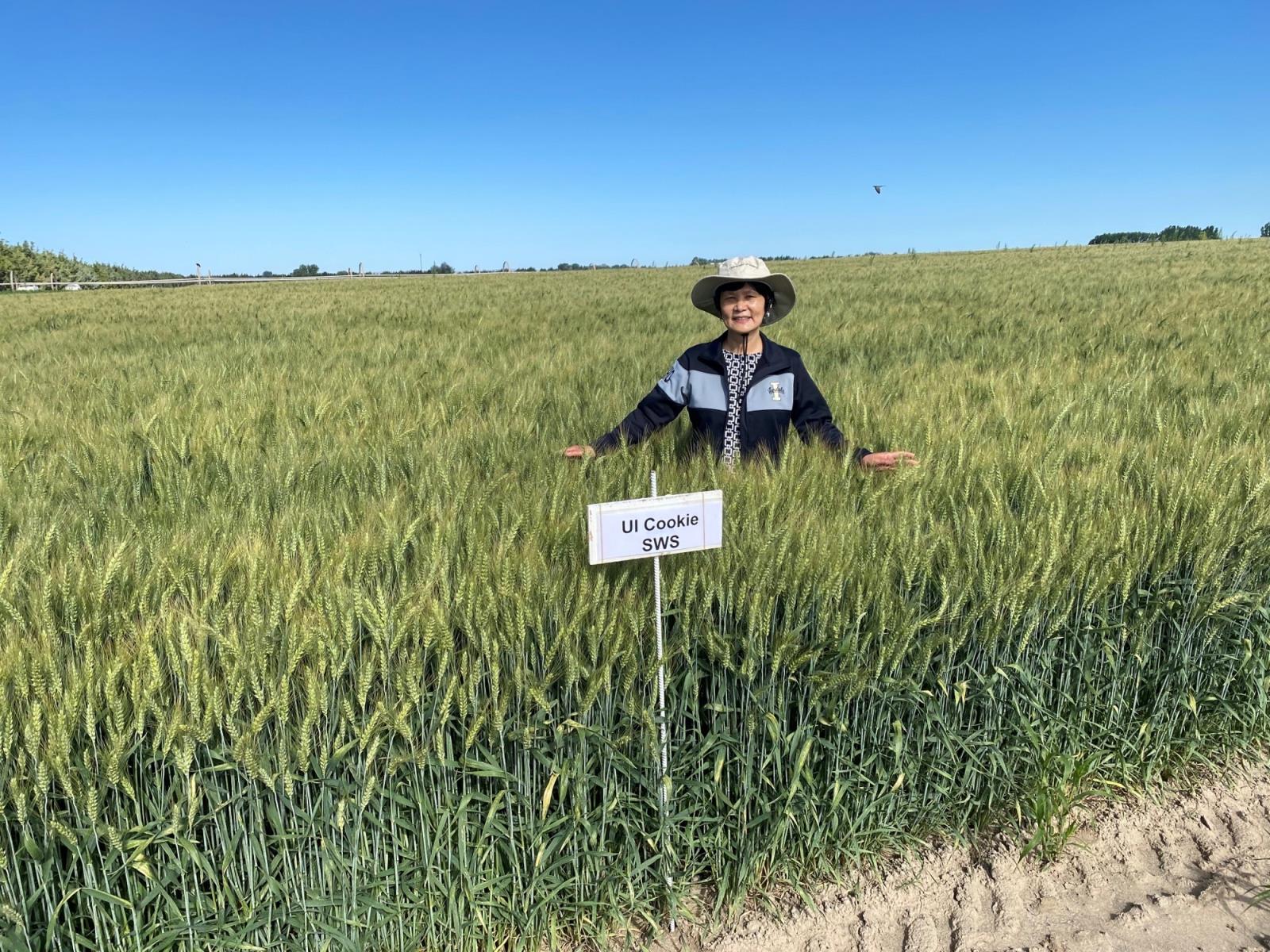 But this summer’s severe drought and lengthy early-season heat wave in Idaho had an impact on UI Cookie yields and industry leaders plan to hold more trials during the 2022 growing season.

The new soft white spring wheat variety was developed at the University of Idaho Research and Extension wheat breeding center in Aberdeen by researcher Jianli Chen and it has been licensed by the Idaho Wheat Commission.

About two-thirds of all the wheat grown in Idaho is soft white.

UI Cookie was released by the university last April and the wheat commission started the commercialization process for the new variety this year.

That included growing UI Cookie in field trials across the state during the 2021 growing season, which posed a severe agronomic challenge to all crops grown in Idaho because of the drought and heat wave.

The drought had a major impact on yields of UI Cookie, particularly in dryland trials, but the variety performed very well compared with other varieties grown in the same trials, said Garrett Dudley, research manager for the wheat commission.

“It performed very well in the irrigated trials but it didn’t quite meet expectations in some of the dryland trials,” he said. But even then, he added, when compared with other varieties, “it held its own in the dryland trials.”

“This year was a bad year to judge it” because of the poor growing conditions, Dudley said. “We’ll do some expanded trials next year. We want some more trial data to see how it performs in … a normal weather and rainfall pattern.”

According to IWC officials, the new variety has improved resistance to stripe rust and good tolerance to Fusarium head blight.

Chumrau said she was very pleased with this year’s trial results considering the extreme growing conditions in 2021.

“UI Cookie showed that it could be a viable option for growers in diverse parts of the state,” she said. “There was a very strong response from seed dealers in the southern half of the state and interest continues to grow.”

Chumrau said it’s a long process to get enough seed produced for commercial sale, “but we are really encouraged by the initial demand and excited to see how growers respond.”

“We believe UI Cookie will be a great option for growers for both agronomic and economic reasons,” she said.

The IWC is funded by grower dollars and the commission spends about 30 percent of its annual research budget on wheat breeding programs that develop new varieties that grow well in Idaho.

U of I’s Aberdeen wheat breeding program is primarily funded through IWC dollars and through a research agreement between the two entities, the commission has always had the first right to negotiate an exclusive license for new varieties released by the program.

However, the wheat commission has not exercised that right before because the IWC is not in the seed business.

But with UI Cookie, the commission decided to try a different approach and license the new variety, Chumrau said.

In doing so, the commission can set the parameters and protections around the new variety and act as a bridge between the breeding program and commercial seed dealers.

The IWC decided to make UI Cookie a true public release, which means growers will be able to hold back seed from the variety for their own planting use the next year.

Growers will also not be charged royalties for the variety as they would with other releases.

That will reduce the cost of seed for growers who purchase UI Cookie while hopefully at the same time providing them a new variety that performs well agronomically, Chumrau said.

Farmers interested in growing UI Cookie next year on a trial basis can call Dudley at (208) 334-2353 or email him at garrett.dudley@idahowheat.org.