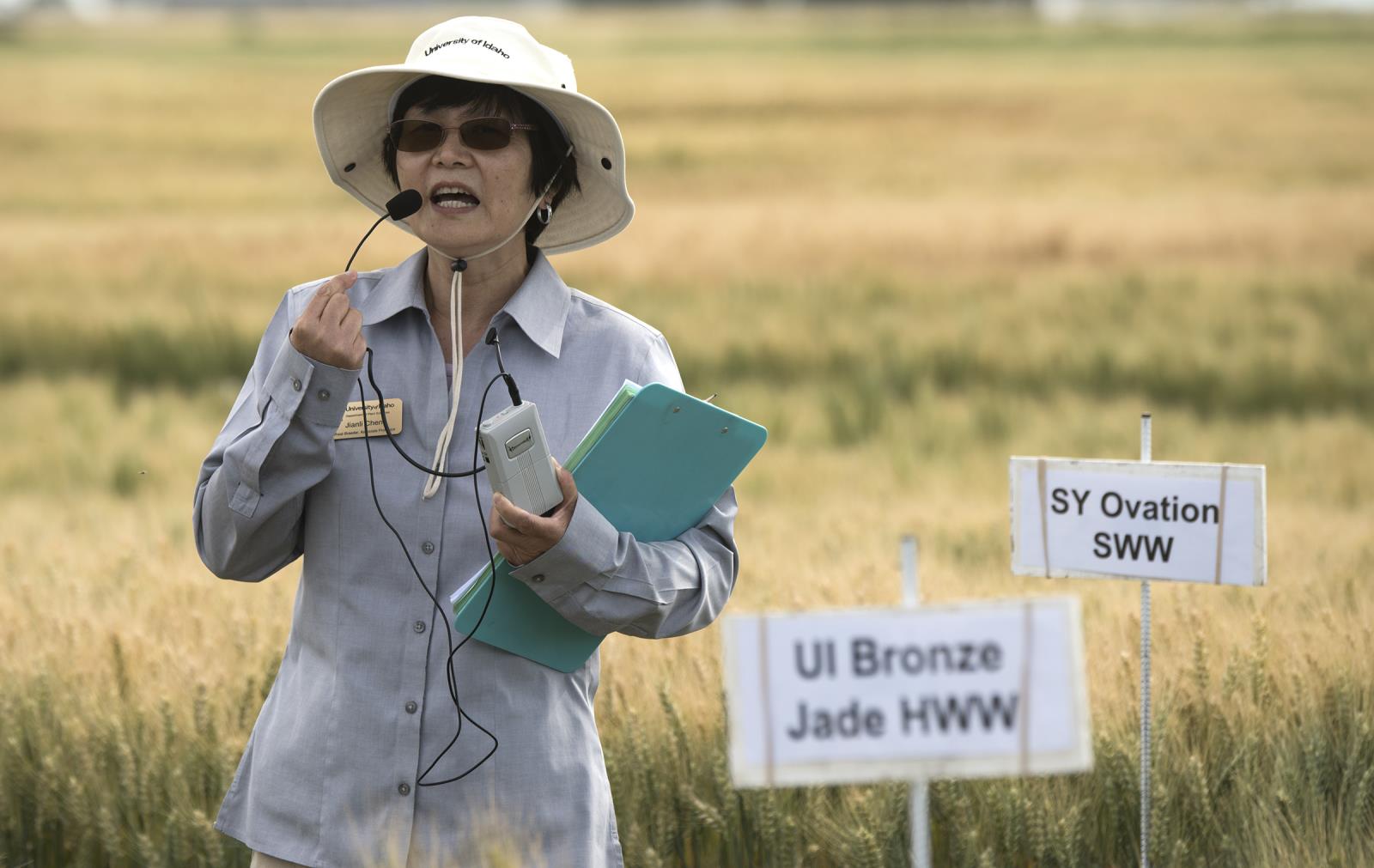 ABERDEEN — As a rule of thumb, Idaho farmers have fetched a small premium per bushel by raising hard white wheat — a class demanded both domestically and abroad for its light color and sweet flavor.

Chen devotes about half of her Aberdeen-based program's time and resources toward breeding better, regionally adapted hard white wheat varieties. Though Idaho is already the top hard white-producing state, Chen anticipates her recent varieties and a few others nearing release will further bolster regional interest in the class.

Chen emphasized millers can also produce more flour from every pound of hard white wheat, which is a relatively new market class.

In 2011, Chen's program released UI Silver, which is a hard white winter wheat well suited for the area's dryland farms.

"Some customers pay a premium for UI Silver," Chen said.

Last spring, Chen improved upon UI Silver, releasing UI Bronze Jade, which is extremely high yielding, has good resistance to stripe rust and is ideal for both irrigated and dryland fields. She said it also has acceptable end-use qualities.

UI planted foundation seed of UI Bronze Jade last fall and will make it available for planting next fall. Chen said the university will seek to find a collaborator to license UI Jade.

"The return will help to enhance the breeding program and help when we have a funding shortfall," Chen said.

Seed of the new hard white spring lines should be available in 2021.

She's also developing a pair of hard white spring wheat lines, which should be released by 2022, with two-gene resistance to Beyond herbicide.

Chen said another point of emphasis of her breeding program has been to incorporate Hessian fly resistance into its elite hard white spring wheat lines to expand the growing area for the class into Northern Idaho and Washington.

She has also been working to add Fusarium head blight resistance to hard white wheat lines, given that the disease is a mounting threat in southeast Idaho.

"My philosophy is I want to release a group of hard white winter wheats that can be grown under different production practices — make it so production can meet (demand of) U.S. markets and overseas markets," Chen said. "The demand of hard white is increasing in the domestic market for whole-grain and overseas use in noodles."

American Falls farmer Jim Tiede grew hard white one year when he was offered a decent contract and was pleased with the results. He believes higher yielding hard white varieties will entice growers to diversify their grain portfolios.

"The hard whites are just coming into vogue," Tiede said, adding the class is especially popular with Idaho's foreign export markets. "Hard whites seem to be in demand a little bit."