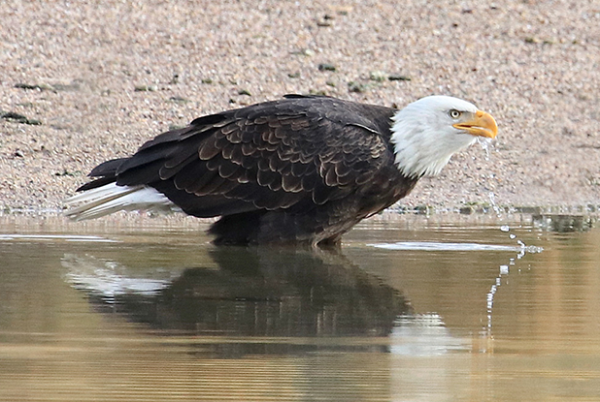 Wildlife species should be protected and recovered when possible. But, the Endangered Species Act as written and enforced has had very limited success.

According to U.S. Fish and Wildlife Service data, 1,784 U.S. species have been listed as threatened or endangered since 1967. Only 41 domestic species have been delisted during this 52-year time period due to recovery.

Questions about whether the ESA is demonstrating results worth its costs are understandable, and quite frankly obligatory.

In 2017, the U.S Fish and Wildlife Service and the National Oceanic and Atmospheric Administration’s National Marine Fisheries Service requested public input on how to improve ESA regulation.

The agencies reported receiving “substantial input from a wide range of stakeholders on modernizing the implementation of the ESA in order to improve collaboration, efficiency, and effectiveness.”

In 2018, the agencies issued proposed revisions to the regulations, which resulted in the issuance of three final rules in August of this year that took effect in September.

These improvements bring long-due reforms to the ESA, providing greater clarity to farmers, ranchers, water users and landowners in how the law is administered, yielding important benefits to ecological health and ensuring the efficacy of the law for years to come.

In addition, ESA-related reform legislation has been introduced in the Senate with my backing. I co-sponsored Senate Bill 1429, the 21st Century Endangered Species Transparency Act, which is also co-sponsored by fellow Sen. James Risch, R-Idaho.

This bill would amend the ESA to require internet publication of data used in listing and delisting federally endangered and threatened species.

Requiring the transparency of data used for ESA listings can help make certain that the best available science is used in an open, public ESA listing process.

Such settlements often have far-reaching repercussions and must be transparent.

I have been a longtime advocate of local leadership of conservation efforts and unencumbered collaboration to bring locally driven, long-term solutions to natural resource challenges.

Bringing all interests to the table and hammering out solutions is the best way to make true conservation progress that brings lasting benefits. Cooperative efforts are key to ESA results.

Reform of the ESA to help ensure that it does not stand in the way of these efforts—but fuels them—will improve the law’s effectiveness.