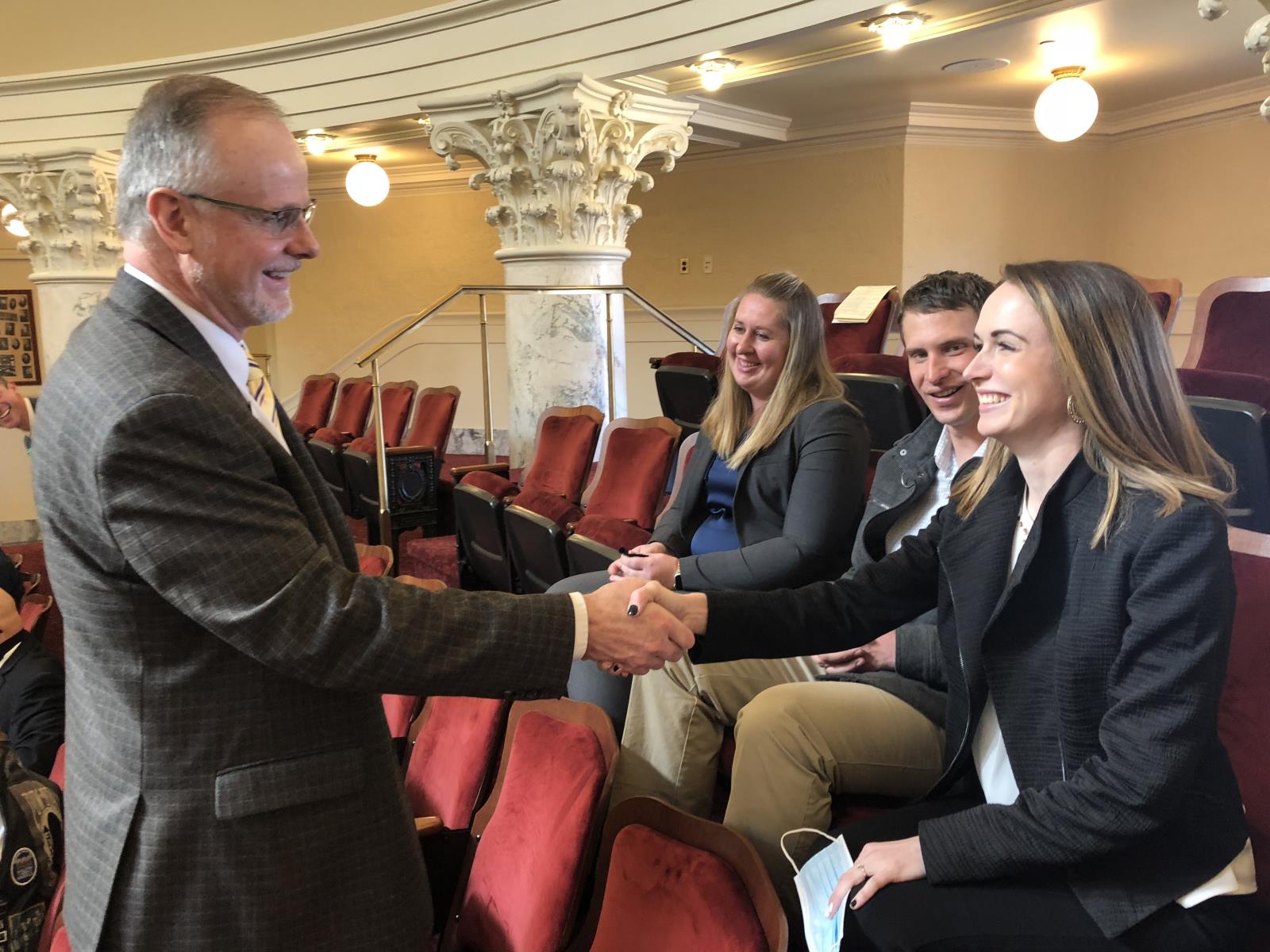 BOISE – The Idaho Legislature is recognizing an Idaho farmer for winning a national speaking event designed to improve the public speaking skills of young farmers and ranchers.

The proclamation passed the Senate March 12 by a unanimous voice vote and is currently moving through the House.

Ricks, who farms with her husband, Brett, near Rexburg, won the Idaho Farm Bureau Federation Discussion Meet in December and competed in the AFBF Discussion Meet against 29 other state winners.

The Discussion Meet, which is part of Farm Bureau’s Young Farmers and Ranchers Program, is meant to simulate a committee meeting rather than a debate. It is meant to hone the public speaking and problem-solving skills of young farmers and ranchers between the ages of 18 and 35.

When presented with a challenge in the form of a question, participants direct their discussions toward each other in an attempt to arrive at a solution.

Young farmers and ranchers across the nation compete in various Discussion Meets during the year and the state-level winners of these events compete against each other during AFBF’s annual convention.

The winners of Discussion Meet events are not necessarily the ones who are the most dominating or smart but rather the ones who fostered good discussion and ideas among all the contestants.

Ricks traveled to Boise for the Senate vote on the proclamation honoring her victory and, accompanied by her husband as well as other IFBF members, met with Gov. Brad Little before the vote.

Immediately after winning the AFBF competition, Ricks told IFBF staff that her greatest feeling of accomplishment was winning the event for Idaho.

On March 12, Little told Ricks, “Idaho is very proud of you. That’s a big honor.”

Ricks said she received a lot of help researching some of the discussion topics and she said those people who helped her should also receive some of the credit for her AFBF victory.

“I definitely wouldn’t be here without the dozens of people who helped me,” she said following the Senate vote. “I had a lot of support.”

Ricks said making it through the various rounds of the IFBF and AFBF events was tough and she had to do a lot of homework. But she also said she believes anyone who puts their mind to it can perform well in a Discussion Meet event.

Ricks is from Alaska and did not get involved in agriculture until moving to Idaho in 2009 and marrying a farmer.

“I feel if I can do it, anyone can do it … because I didn’t grow up in agriculture,” she said. “I grew up knowing very, very little about agriculture.”

Like many other Idaho Farm Bureau Federation members, IFBF President Bryan Searle, a farmer from Shelley, followed Ricks virtually during the rounds of the AFBF competition.

“She did phenomenal,” Searle said. “She represented Idaho and Idaho Farm Bureau well.”

The proclamation recognizes Ricks for winning the IFBF and AFBF Discussion Meet events “and for the pride she brings to the young farmers and ranchers of Idaho and the United States.”