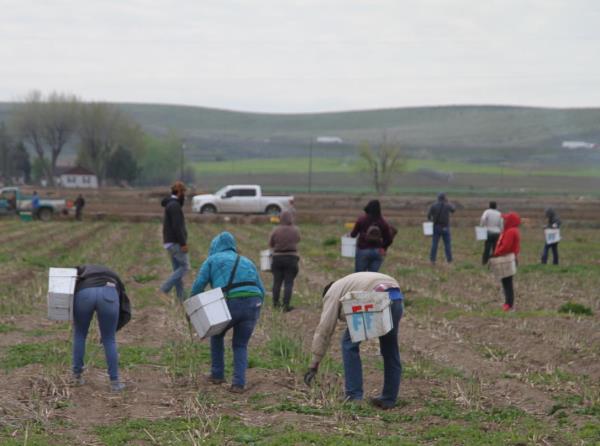 The Department of Labor's 489-page proposal includes a lot of changes to the program including the use of electronic applications now used in temporary employment certification.

The new H2A will set new methods for setting wages for farmworkers, including a 30-day rule to require employers to provide employment to any "qualified, US worker that applies for the same job as temp farmworkers."

The proposed changes will also allow staggering the entrance of H-2A workers' into the US. The Department of Labor said in the proposed rules that employers will have the "flexibility to accommodate changing weather and production conditions that are a part of agricultural work."

“American farmers and ranchers have long faced challenges in meeting their labor needs and asked for modernization of the H-2A program. We are pleased by this development, and look forward to submitting comments to the official docket on this proposal,” said American Farm Bureau President Zippy Duvall.

The proposal to stagger workers' entry will reduce the need for employers to file multiple H-2A applications for the same occupational classification "in which the only difference is the expected start date of work,” according to the proposed H2A document.

“We’ve been working with the Department of Labor for over a year now,” said US Ag Secretary Sonny Perdue. “We’ve been trying to make the H2A program more workable, actually it’s been very onerous, very inflexible. It’s still very difficult for these growers to comply with all rules and regulations.”

Despite the problems with H-2A US farmers are relying on the H-2A agricultural guest-worker program in record numbers, but the H-2A’s paperwork and administrative rules are a major burden and hinder harvest according to Perdue.

“You have to tell a worker exactly what day they'll work, the work needed to be done and to notify them two weeks early even when farmers can not control the exact time of harvest, sometimes it’s two weeks early, sometimes two weeks late. Then you're paying workers that are standing around and waiting,” said Perdue.

The Secretary adds that the USDA’s farmers.gov web portal will have H2A’s applications available to growers with one filled out application sent to both the Departments of Labor and Homeland Security.

“The AFBF applauds President Trump and his administration for recognizing the need to reform our nation’s agricultural guest worker program,” said Duvall. “This is a lengthy rule and we intend to evaluate it closely for its potential to assist growers with their labor needs.”

Last fall the American Farm Bureau Federation studied farm labor demands. To no surprise, the AFBF found a record demand for temp farm labor under the H-2A program at 242,762 certified positions, or more than a 21% increase from the previous year.

Ag Secretary Sonny Perdue also said this past Monday that the proposal should simplify the H-2A process.

"The proposed rule will increase access to a reliable legal agricultural workforce, easing unnecessary burdens on farmers, increase enforcement against fraud and abuse, all while maintaining protections for America's workers,” said Perdue.

Perdue added that when the new rules go into effect, farmers will be free from unnecessary and burdensome regulations, allowing them to do more farming and less paper work.