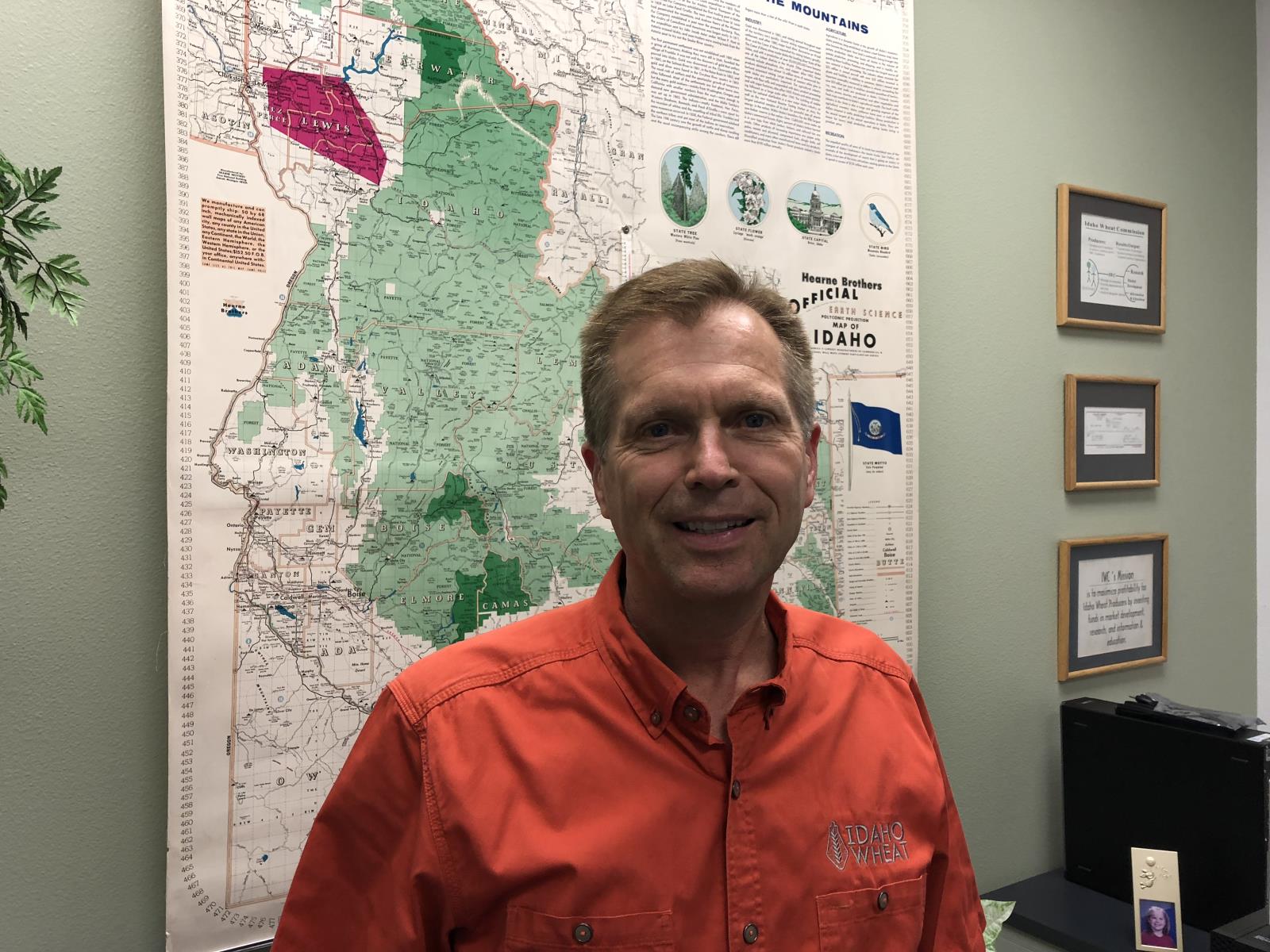 BOISE – Idaho’s wheat industry is losing one of its biggest assets as Blaine Jacobson retires after 18 years as executive director of the Idaho Wheat Commission.

Industry leaders say they are confident his replacement, Casey Chumrau, will do an excellent job but they say there is no doubt that Jacobson’s vast institutional knowledge about the Idaho and U.S. wheat industry will be sorely missed.

Clark Hamilton, an IWC commissioner and wheat farmer from East Idaho, said it’s hard to put into words what Jacobson has meant to the state’s wheat industry over the years.

“Blaine has been a solid, solid anchor for the wheat commission,” he said. “Blaine is so well educated when it comes to the wheat industry, from start to finish. He had a passion for the job.”

Hamilton said Jacobson understood a lot about agronomics as well as marketing, export markets and research.

“He was well educated in all of those areas and he gave it his all,” he said. “He had a passion for the position and the industry benefited because of that.”

Wheat is grown in 42 of Idaho’s 44 counties and ranks as the state’s No. 2 crop in terms of farm-gate receipts. Idaho typically leads the nation in average yields per acre and ranks between fifth and seventh in total wheat production.

Soft white wheat produced in Idaho is preferred by many domestic mills and export customers because of its consistent quality and Idaho now ranks among the top three states in organic wheat production.

Besides being an effective administrator, Jacobson “has an incredible understanding of both the uses of all the classes of Idaho wheat and their markets,” said “Genesee” Joe Anderson, an IWC commission and North Idaho wheat farmer.

“Half of Idaho’s wheat is sold domestically and half is exported,” Anderson said. “Blaine’s had a great ability to mix and manage his time promoting both the export markets and the domestic markets and carry out the commission’s mission of research, education and marketing. He’s been very focused on the mission.”

The IWC is funded by an assessment fee paid by Idaho wheat farmers and promotes and markets Idaho wheat, invests in research projects and educates growers.

During his tenure at the helm of the wheat commission, Jacobson helped renegotiate an agreement with University of Idaho on royalties from the sale of wheat seeds developed by UI researchers with the assistance of wheat grower money. That resulted in more of the royalty money going back into actual wheat research at the university.

He also oversaw a three-way partnership between the commission, Limagrain and UI, and has hosted four to six trade missions each year from other countries.

Shortly after taking over as executive director, Jacobson championed the purchase of an office building near the capitol building in Boise that houses several ag groups that represent a variety of Idaho ag commodities, including wheat, barley, milk, dry beans and wine.

That building’s central location has enabled different commodity groups to work closer together on many issues important to the state’s overall farming and ranching industry.

The building has “been a tremendous resource for not only wheat growers but for other ag organizations such as Food Producers of Idaho to meet there and use it as a staging place to go over to the capitol,” said North Idaho farmer Bill Flory, an IWC commissioner. “It’s provided great utility for growers coming to town as well as the agricultural industry to meet there.”

Despite these accomplishments, Jacobson said the thing he will miss the most is the people involved with the industry.

“I’ll miss working with the wonderful people in the industry – the growers, the customers, the millers, the researchers, the trade teams that come to Idaho,” he said.

He said he will look for opportunities to stay involved in the industry and help out where he can.

Flory said Jacobson’s willingness to help out even after retirement speaks volumes about his commitment to the industry.

“His level of commitment to the industry was, and remains, at a high level,” Flory said. “It was never about the time clock for Blaine. He has a high regard for growers and the contributions they make in the form of checkoff dollars.”