Idaho wheat production will be down significantly 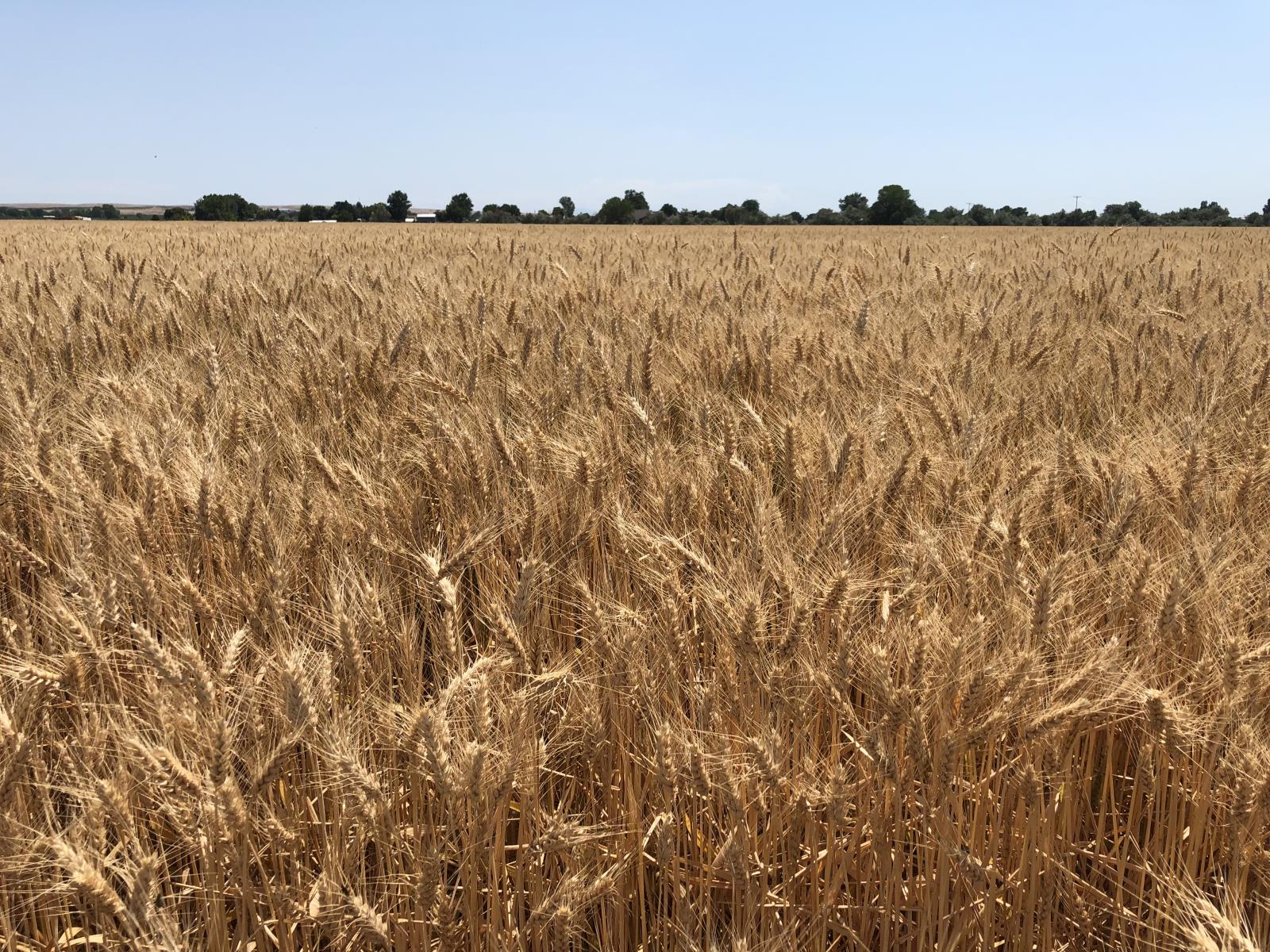 POCATELLO – Idaho’s total wheat production and quality are normally very consistent on an annual basis. Because of severe drought conditions and a lengthy heat wave, that could change this year, at least on the production side.

The quality of Idaho’s 2021 wheat crop won’t be known until harvest is wrapped up but it’s a certainty that total production will be down significantly this year compared to recent years.

“I think Idaho production could be off 15-20 percent this year,” said North Idaho farmer Bill Flory.

Total planted acres of wheat in Idaho are forecast at 1.25 million, up just a tick compared with 2020, according to USDA’s National Agricultural Statistics Service.

But yields are expected to be way down.

The average wheat yield in Idaho last year, according to NASS, was a record 96.7 bushels per acre, 5 percent higher than the previous record of 91.9 bushels set in 2018.

There will be no wheat yield record in the Gem State in 2021. That appears to be written in stone at this point.

Like other wheat farmers around the state, Flory said drought conditions and a severe heat wave have taken a major toll on wheat yields during the 2021 growing season.

“I’ve been in this business full-time since 1997 and I’ve seen periods of hot and dry … but not anything like the duration we’re seeing this year,” he said. “It’s sobering. It’s going to be a long summer.”

Idaho is well known nationally and internationally as a state that produces a remarkably stable crop every year when it comes to total production, which is almost always more than 100 million bushels.

This year will be an outlier year for wheat production in Idaho.

Based on crop conditions and reports from around the state, “the (Idaho Wheat Commission) expects this to be one of the lower production years in recent memory,” said IWC Executive Director Casey Chumrau.

“The percent of planted acres that are actually harvested will likely be lower than normal and yields are below average in all the early reports,” she said. “It is probably safe to say Idaho will be 20 percent below average.”

Even though the state’s wheat industry will be challenged by this year’s drought conditions and severe heat, Idaho is very lucky that these low production years are rare, Chumrau said.

“With great geographic diversity, consistent crop rotations and a high percentage of irrigated acres, Idaho is one of the most consistent wheat producing states in the country,” she said. “This is a really tough year but farmers are nothing if not resilient. We will get through this year and hope for rain.”

In general, winter wheat in Idaho seems to be doing a little better than spring wheat and, of course, farmers with irrigation are doing better than those who farm in dryland areas.

Especially in dryland areas, “A lot of farms will harvest half of their normal crop,” said “Genesee” Joe Anderson, who farms in North Idaho. “There are some pretty dry pockets” around the state.

“I was on the Palouse (July 6) and the fall wheat is holding up better than I thought,” Flory said. “Spring wheat is another question. The spring crop could be wildly variable.”

The lack of moisture in dryland areas is a major challenge but the ongoing heat wave is exacerbating the situation, said Cory Kress, a dryland wheat farmer in Rockland in East Idaho.

Over the past 12 months since July 6, the Kress farm had received only 5.6 inches of moisture, 10 inches less than what it normally gets. The previous driest period there according to 20 years of records was 8 inches.

“That tells you how dry we are compared to any other time in recent memory,” Kress said. “I’m pretty much banking on 50 percent of my normal production.”

Most of Idaho’s wheat crop is grown under irrigation but even the irrigated farms are up against it this year, he added.

“Because of the heat, I’d be surprised if irrigated wheat yields are not down 10 percent from what they normally are,” Kress said.

In expectation of reduced production, the IWC during its June budget meeting cut projected revenue for this fiscal year by 20 percent compared with last year’s budget.

Thanks to the increased revenue in fiscal year 2021, which ended June 30, reduced spending due to pandemic travel restrictions, and commission reserves, “the commission is in a good position to continue the programming that benefits Idaho growers,” she added.