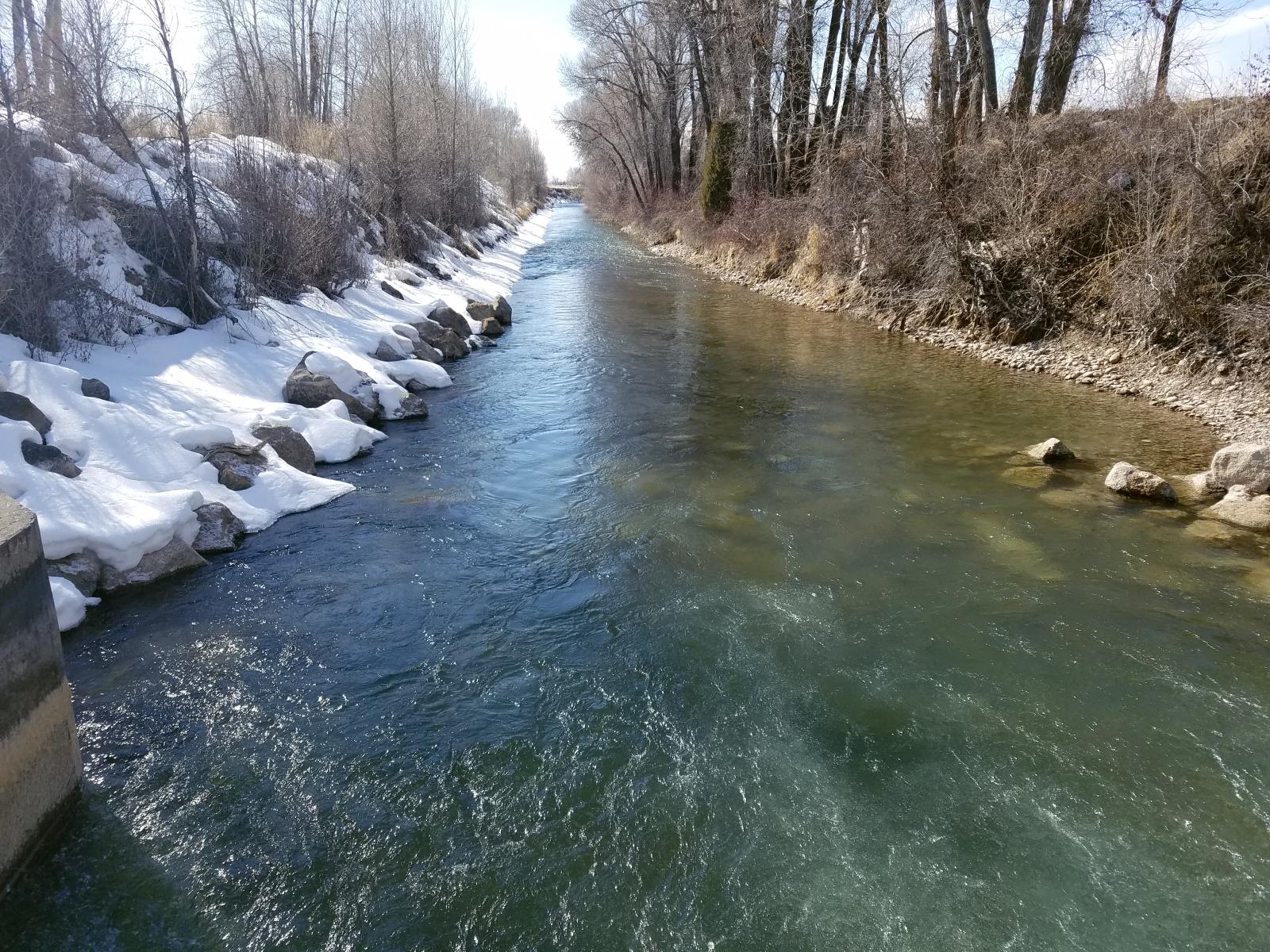 The Idaho Water Resource Board will study three options for creating a large-scale managed aquifer recharge site in the Upper Snake River Valley.

The state’s program has set a goal of averaging 250,000 acre-feet of annual recharge, seeking to reverse decades of declining groundwater levels. The aquifer has declined by an estimated 13 million acre-feet since the early 1950s due to the combination of drought, new wells and conversions to efficient sprinkler irrigation systems, which leave little excess volume to filter into the groundwater.

Two of the proposals would entail building pipelines and pumping water to a spill basin — adding power bills to the cost of recharging water. One pipeline would pass beneath Interstate 15 and transport water to a spill basin within the lava flows of Hell’s Half Acre, located between Blackfoot and Idaho Falls.

The most elaborate plan calls for pumping water in a pipeline from the Roberts area to a spill basin near Mud Lake. Hipke said the Mud Lake site would have the capacity to handle up to 500 cubic feet per second of recharge water.

He said the state would also have the opportunity to increase the pipeline’s capacity and deliver a greater volume of surface water, which Mud Lake area irrigators could use to supplement their groundwater.

“If you reduce groundwater pumping, that has a dual purpose,” Hipke said. “...If we could develop a site that could do 500 cfs, that would be huge in the Upper Valley, and it has the benefit of solving another need also.”

The third project would avoid the need for pumping. Water would be gravity fed east of the state’s current Egin Bench recharge site into a spill basin within lava fields. It would have the capacity to take about 200 cfs.

All three project sites have been strategically selected to retain water in the aquifer for as long as possible, Hipke said.

“Upper valley recharge is at the top of the system. The more we can put up there and have it slowly trickle down, it helps everything,” Hipke said.

Hipke said a large-scale upper valley recharge site is included in a short list of priority projects the water board has identified for investing $50 million in proposed funding for Idaho water projects.

He said the Mud Lake proposal would be the most costly and could potentially use up all of the state’s water project dollars. Raising Anderson Ranch Dam in Elmore County is also on the priority list for the funding: Revenue generated from additional reservoir water rentals could help repay the state’s investment.

In addition to the three large projects, Hipke said the state is evaluating a few smaller upper valley recharge sites, where any surface water recharged during times of abundance would emerge from springs later in the season when it could be put to better use.

The state is coming off of four wet years in which it easily exceeded the annual recharge goal. With at least a month of lower valley recharge remaining, Hipke said the state’s prospects of hitting the goal this season remain “iffy.”

The state’s ability to meet its goal will be largely dependent on how quickly the snowpack melts and whether or not a warm spring triggers early irrigation demand.

The water outlook was much grimmer, however, on Feb. 1, when snowpack in the state’s eastern and central mountains ranged from 60 to 70 percent of normal.

Based on the poor outlook at the time, the state ended an agreement a week early, on Feb. 8, to leave at least 200 cfs of minimum flows in the system below Milner Dam to run through Idaho Power’s hydropower turbines.

Erin Whorton, a hydrologist with USDA’s Natural Resources Conservation Service, said a wet February — with moisture levels ranging from 115 percent to 230 percent of normal in many Upper Snake sub-basins — brought most snowpack levels back to near normal.

The Little Wood and Big Lost basins have been the exception and continue to struggle regarding snowpack. The Portneuf, Willow and Blackfoot basins are also a little below normal snowpack, at about 85 percent of average, Whorton said.

In about half of years — those years in which flood-control releases are necessary — Hipke explained recharge water is available for about 30 days during the spring in the upper valley. He needs much more capacity to take greater advantage of those releases.

The most Hipke has ever recharged in a single spring in the upper valley is 1,600 cfs. Some of the area’s canals are filled with snow and can’t be used.

Furthermore, upper valley canals typically start their irrigation season on April 15 and are therefore off limits to recharge, though spring flood-control releases often continue into May or June.

The two sites combined added about 1,000 cfs of recharge capacity in the lower valley.

Even on a dry year with no flood control releases, Hipke said, he now has the capacity in the lower valley to recharge up to 150,000 acre-feet.

Hipke said water managers with Water District 1 and the Bureau of Reclamation are scheduled to meet March 10 to discuss reservoir operations and potential flood-control releases for the upper valley.