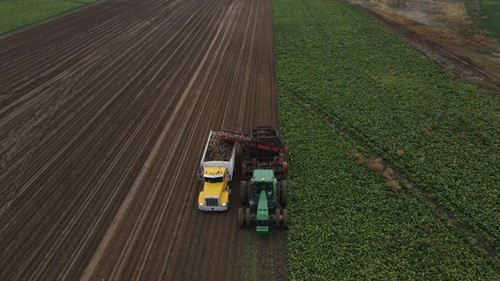 The name change took effect Jan. 1 and reflects the fact the group now also represents members of the former Nyssa-Nampa Sugarbeet Growers Association, which represented about 160 farmers in southwestern Idaho and eastern Oregon, as well as a handful in Washington.

Combining the membership of the two organizations will allow the Snake River Sugarbeet Growers Association to be more efficient and effective when representing sugar beet growers at the state and national level, said SRSGA President Randy Grant.

“The membership expansion will allow us to represent our sugar beet growers at the state and national levels more effectively,” he said in a news release. “We plan to broaden our advocacy and education efforts, and the board is excited for the future of our association.”

Sugar beets rank No. 6 among Idaho’s agricultural commodities when it comes to total farm revenue and Gem State farmers brought in an estimated $396 million in farm-gate receipts in 2021, according to University of Idaho’s “Financial Condition of Idaho Agriculture: 2021” report.

Sugar beets are also one of the state’s most stable crops because all sugar beet acres in Idaho and Oregon are grown under irrigation.

Joining the ISGA under one umbrella organization gives members of the Nyssa-Nampa Sugarbeet Growers Association an amplified voice at the Idaho statehouse and will increase their relationship with legislators, said Galen Lee, president of the former NNSGA.

“Nearly 40 percent of Idaho’s legislative districts are in western Idaho and we can now speak with one voice from our region through the Snake River Sugarbeet Growers Association,” he said. “It’s going to be a good move.”

One of the biggest benefits of the merger is that the entire sugar beet industry in the Pacific Northwest can speak with a unified voice on a state and national level, said Brad Griff, executive director of the Snake River Sugarbeet Growers Association.

“All sides are better off if we can speak with one voice as an industry and we are unified and pulling in the same direction,” he said. “This will allow us to coordinate our advocacy and education efforts so much better.”