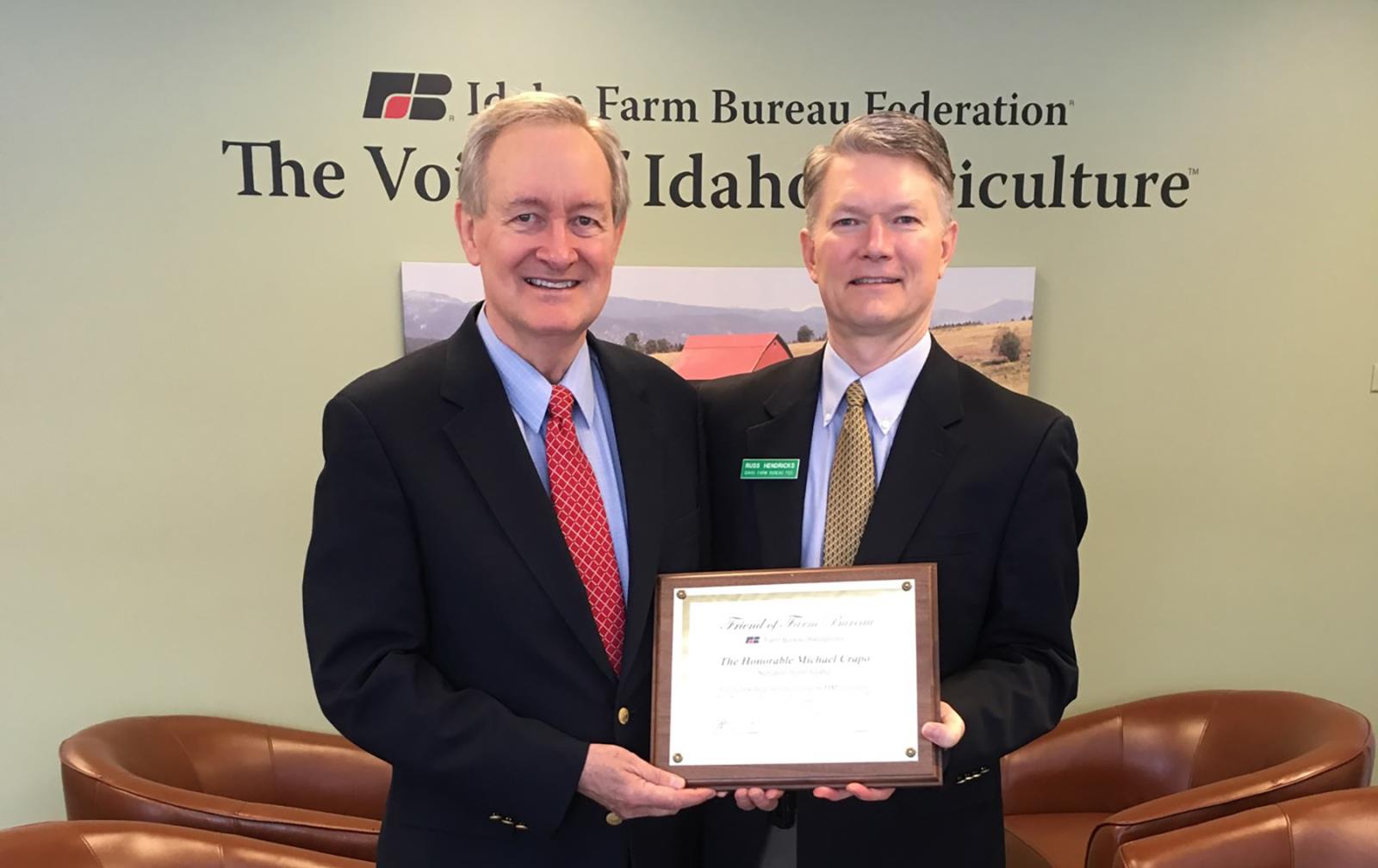 “Idaho farmers and ranchers produce high quality, healthy commodities and crops locally that are consumed globally. Agriculture is a multi-billion dollar industry in Idaho, and it is critical for our farmers, ranchers, producers and growers to have fair, equitable trade and market access to remain competitive. I am proud to advocate for Idaho’s agricultural families in Washington,” said Crapo. “It is an honor to be named a friend to Idaho's producers, and I will continue working to ensure our agriculture communities continue to thrive."

The Friend of Farm Bureau award is given at the end of each Congress to members of Congress nominated by their state Farm Bureaus and approved by the American Farm Bureau Federation Board of Directors.

The award is based upon voting records on AFBF’s priority issues established by the board of directors, number of bills that a member has sponsored and co-sponsored, their specific leadership role for Farm Bureau on priority issues, and how accessible and responsive the member of Congress is to Farm Bureau members and leaders.

According to a University of Idaho study, agriculture is the most important sector in the state’s economy. It showed that agriculture is directly and indirectly responsible for 16 percent of the state’s total Gross Domestic Product as well as $27 billion in sales annually and one of every seven jobs in the state.

Idaho Farm Bureau Federation President Bryan Searle said Senator Crapo gets high marks when it comes to leadership on important issues and for being accessible to Farm Bureau members and responding to their concerns.

“Senator Crapo receives this award because his actions prove that he understands the importance of agriculture to our state’s economy and to national security,” said Searle. “We applaud the Senator for his work and look forward to working closely with him on issues important to Farm Bureau members and the state’s 24,000 farmers and ranchers.”