Idaho's ag industry welcomes new U of I president 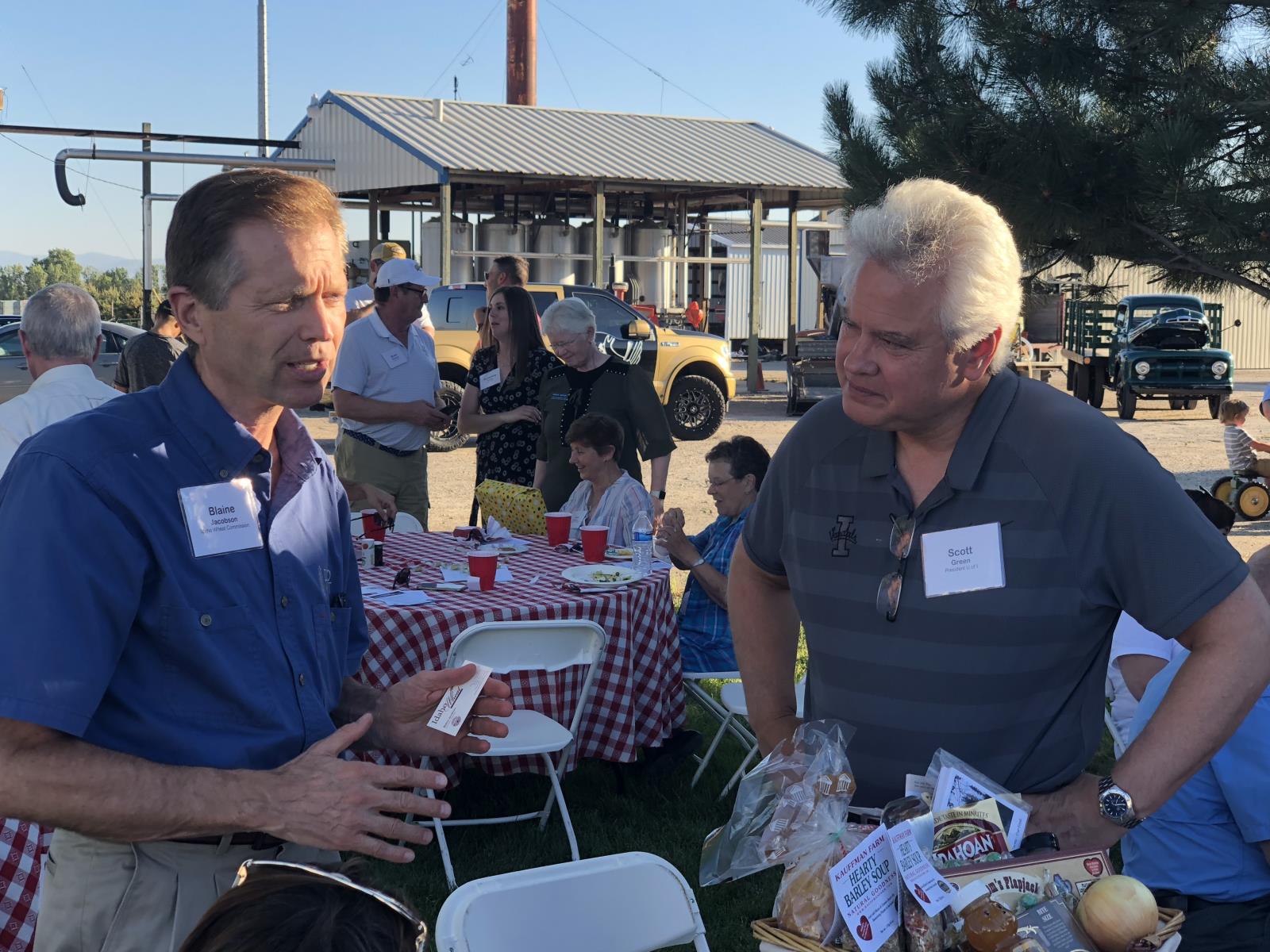 C. Scott Green, who took over as the university’s 19th president on July 1, mingled with several dozen leaders of the state’s farming and ranching industry during Food Producers of Idaho’s annual summer barbecue, which was held at a farm in Meridian.

Green spoke briefly to participants and chatted individually with many of them.

“What a pleasure to have the new president of the University of Idaho here,” said FPI Executive Director Rick Waitley. “We really look forward to having the opportunity to work with him.”

Waitley told Green that the people he meets during the barbecue “will be friends and supporters, they will be loyal to the mission and goals that you have.”

U of I’s College of Agricultural and Life Sciences plays an important role for the state’s farming industry because of the research conducted at its nine agricultural research stations around the state. In addition, CALS’ county extension offices pass that information on to farmers, businesses and others.

The college also educates and trains many of the future leaders of Idaho’s ag industry, which is the most important sector of the state’s economy.

During his first few weeks on the job, Green has already toured farm country, visited U of I county extension offices and met with ag industry leaders.

U of I officials said one of Green’s top early priorities is to meet with farm industry leaders.

“It says a lot that in his first few weeks on the job, he is willing to come out and immerse himself in agriculture,” said Stacey Katseanes Satterlee, executive director of Idaho Grain Producers Association, which represents the state’s wheat and barley growers. “That’s a wonderful sign that … he will be a great advocate for agriculture in the state.”

Green was born in Moscow, Idaho, and grew up in Boise. He graduated from U of I in 1984 with a bachelor of science degree in accounting.

Speaking about his return to Idaho, he told FPI members “it got a little emotional as we crossed the border and rolled into Moscow.”

“It means a lot to me to be back and this warm welcome is something I’ll never forget,” he said.

He said three of the main things the university wants to focus on are student success, research and “getting our story out there. Our college of agriculture is truly amazing; you know that. Our job is to get that story out.”

“I’m really happy I got to meet him,” said Drew Eggers, who owns the farm where the barbecue was held. “I was really encouraged by his comments about the important role that agriculture plays in the university.”