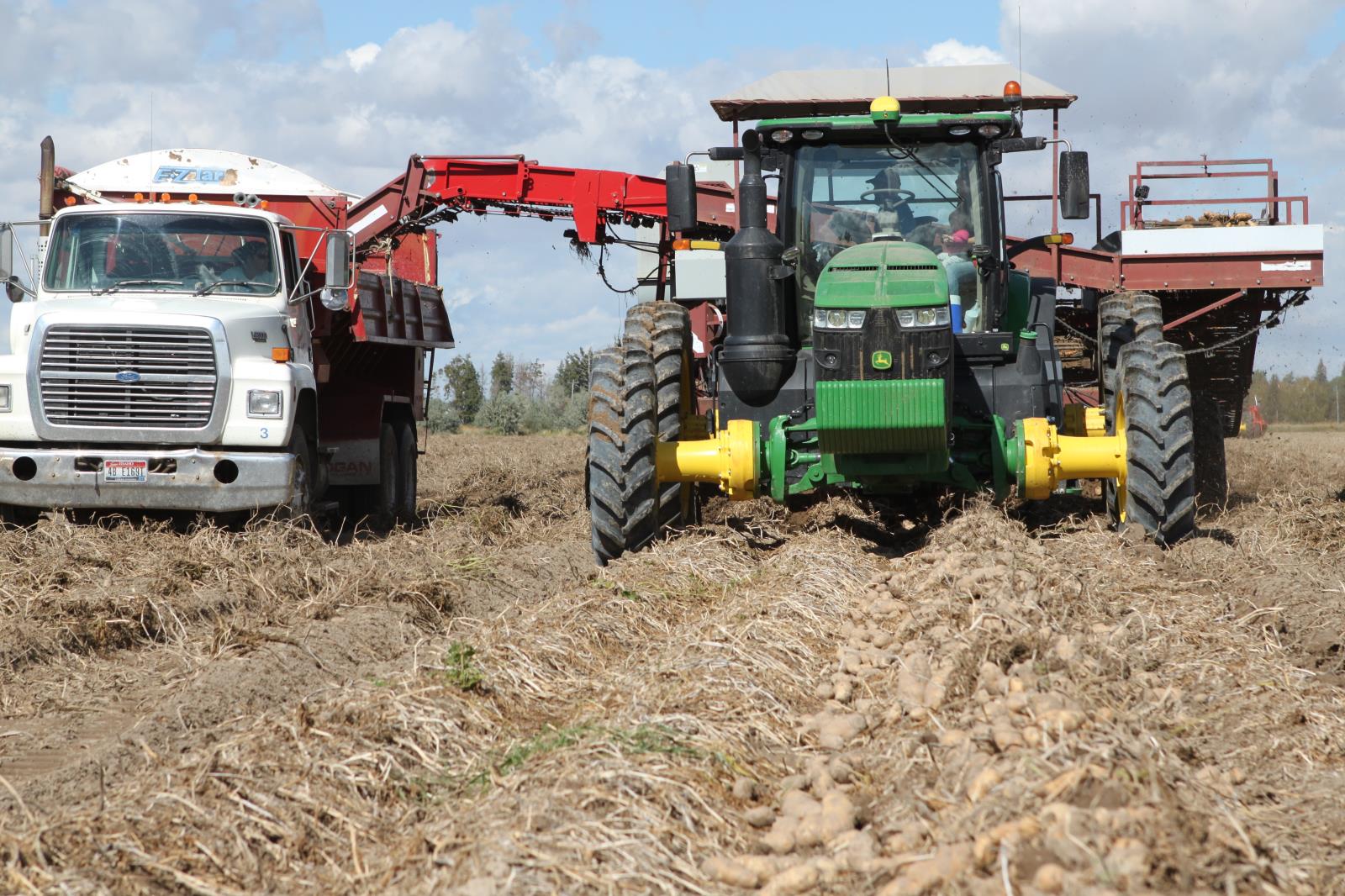 According to ERS, Idaho farmers and ranchers during 2019 brought in a total of $8.2 billion in farm cash receipts, which is the revenue that producers are paid for selling their agricultural commodities.

That represents a 9 percent increase over 2018, when Idaho producers brought in a total of $7.5 billion in farm cash receipts.

Idaho ranked No. 3 in the West last year in farm cash receipts, behind California ($50 billion) and Washington ($9.3 billion). California ranked an unchallenged No. 1 in the nation in that category, far ahead of second-place Iowa ($28 billion).

According to the ERS data, Idaho also ranked No. 3 among Western states last year in net farm income, which is a broad measure of farm profits.

Idaho farmers brought in a total of $2.66 billion in net farm income during 2019, according to the USDA-ERS data. That represented a 51 percent increase over the $1.77 billion total in 2018.

Idaho’s 2019 net farm income total was the highest ever recorded for the state, surpassing the previous record of $2.25 billion in 2011.

Idaho trailed only California ($11 billion) and Washington ($2.9 billion) in net farm income among the 11 Western states in 2019.

The USDA data lines up very closely with 2019 Idaho farm cash receipts and net farm income projections made by University of Idaho agricultural economists in January.

UI ag economists Ben Eborn and Garth Taylor’s “Financial Condition of Idaho Agriculture” report, released to state lawmakers in January to provide them a look at how the most important sector of the state’s economy is performing, projected that Idaho farmers and ranchers brought in a total of $8.27 billion in farm cash receipts last year.

That projection, made eight months before the USDA-ERS data was released on Sept. 2, was within 1.5 percent of the federal estimate.

Taylor and Eborn also projected Idaho’s net farm income total for 2019 at $2.68 billion. That projection was within 0.7 percent of USDA’s estimate.

Considering the gap in time between the UI and USDA projections, some of the UI estimates were remarkably close to the federal data.

The UI report estimated total potato cash receipts in Idaho at $1.07 billion and the USDA-ERS had the total at $1.02 billion.

According to the USDA-ERS data, dairy again ranked as Idaho’s top farm commodity in terms of farm cash receipts, with $2.85 billion. Cattle and calves ranked second at $1.74 billion.