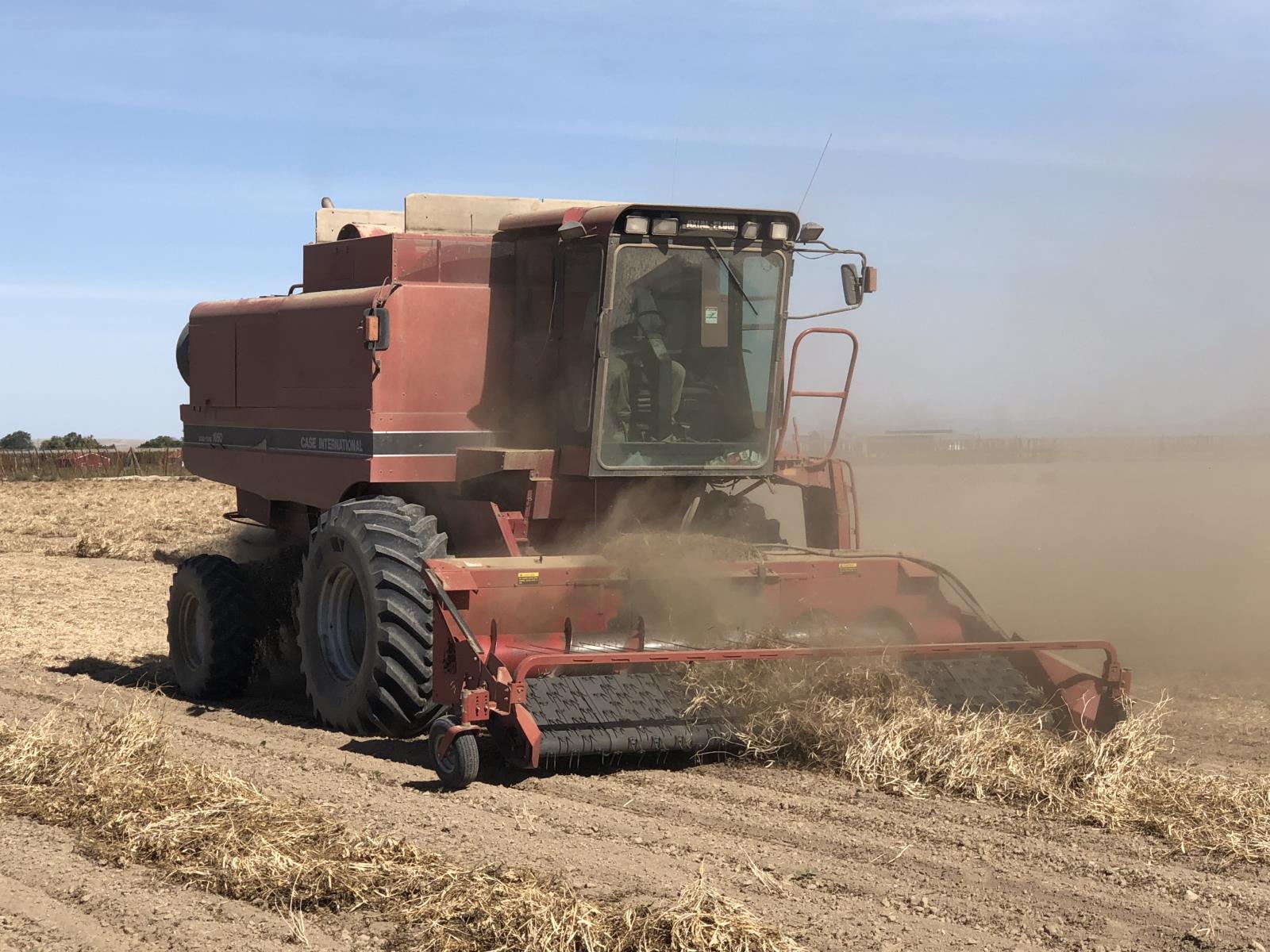 POCATELLO – Dry beans are one of the few crops in Idaho that saw increased yields this year.

Yields for almost every major crop in Idaho were down substantially this year because of a severe drought and a lengthy heat wave that began in June.

But dry bean yields in Idaho increased from 24.1 hundredweight (cwt) per acre in 2020 to 29 cwt per acre this year, a 20 percent jump, according to USDA’s National Agricultural Statistics Service.

“I was pleasantly surprised with our yields this year,” said Mike Goodson, who grows dry beans near Parma. “The heat never seemed to affect them too much.”

When the heat wave hit in June, Goodson thought his dry bean crop was in big trouble.

“I thought we were heading for a train wreck but I was … shocked at how well our beans did,” he said.

Idaho usually ranks about No. 5 in the United States in total dry bean production but is the country’s top bean seed producing state and about 70 percent of the beans grown here are grown for seed.

A large amount of commercial beans that consumers purchase are grown using seed produced in Idaho.

Unlike most other major dry bean producing states, almost all of the bean acres in Idaho are grown under irrigation, said Idaho Bean Commission Administrator Andi Woolf-Weibye. So, while this year’s drought conditions posed a major production challenge, she said, most dry beans grown in Idaho had enough water to make it to harvest.

“If growers kept them wet and kept them ‘happy,’ for the most part they tolerated the heat pretty well,” Woolf-Weibye said.

“If you kept them wet, they did well,” said Carl Montgomery, who grows beans near Eden in southcentral Idaho. “It was a good growing season and we didn’t have any big disruptions.”

Early in the season, bean fields in the area looked really poor, Montgomery said. “But once you got water on them, the beans grew well.”

He said the heavy smoke from wildfires that blanketed the skies for a portion of the summer didn’t hurt dry beans and actually seemed to help by helping cool them off.

Other growers agreed with that assessment.

“When the smoke set in, they got a little reprieve from the heat,” Goodson said.

“If you had water and kept them irrigated, it was a great year for dry beans,” he said. “Beans like the heat. It’s just a matter of, can you keep them wet enough.”

Darren Krzesnik, production manager for Treasure Valley Seed Co. in Homedale, said he was pleasantly surprised by the dry bean yields in Idaho this year.

According to NASS, Idaho farmers harvested 55,000 acres of dry beans in 2021, down from 66,000 last year. But the higher yields pushed total dry bean production in the state to 1.595 million cwt, up slightly from 1.592 million cwt last year.