Idaho almond trial drawing a lot of interest from California 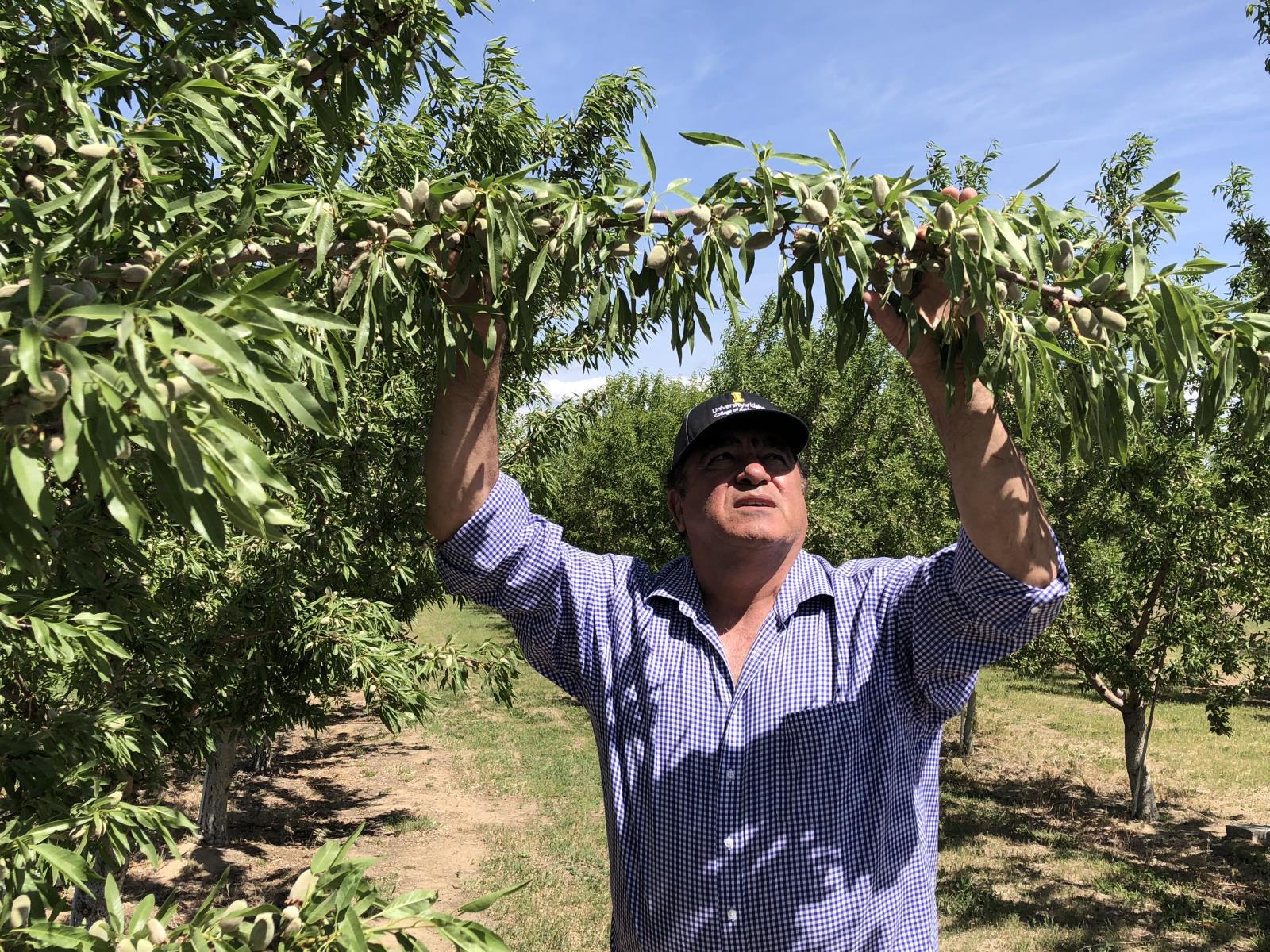 POCATELLO – Interest from California growers in the possibility of growing almonds commercially in Idaho has not waned. In fact, it’s increasing.

University of Idaho fruit researchers have been conducting a major almond trial at the university’s agricultural research and extension station in Parma since 2014.

The researchers aren’t ready to say for sure that almonds can be grown economically on a large scale in Idaho yet, but the almond trees have performed well so far and the scientists are fielding a constant stream of calls and emails from growers in California.

“I’m still getting interest from California almond growers, a lot more than before,” says University of Idaho fruit researcher Essie Fallahi, who heads UI’s pomology program. “It is amazing how many people from California are contacting us about the trial.”

California is the global leader in almond production but growers there are increasingly concerned about burdensome regulations, an uncertain water supply and expensive land prices, Fallahi says.

Chad Henggeler, field manager for Henggeler Packing Co., which is located near Fruitland and is one of Idaho’s largest commercial fruit growers, has spoken with California almond growers interested in possibly locating orchards in Idaho, including one in early June.

There are several factors that make southwestern Idaho an interesting possibility for California almond producers but the main one is water, he said.

“They are running real tight on water; it’s real expensive and hard to come by,” Henggeler said. “That’s one of the main reasons they are looking at Idaho.”

Almonds have been grown on a small scale and only on a trial basis in Idaho over the years, including at the Parma research station. But the current trial that Fallahi is overseeing is a major one that is testing 14 different almond varieties to see how they perform in Idaho growing conditions.

The varieties are ones that are used commercially and researchers are studying how well they yield, as well as bloom and harvest dates, and quality attributes such as taste.

“So far, the quality, fruit weight and fruit number are very acceptable,” says UI researcher Sara Mahdavi, who is assisting Fallahi with the almond trial. “The number of fruits and yield are very comparable (to commercial varieties grown in other areas) and they are good.”

One of the big questions everybody interested in the possibility of growing almonds in Idaho successfully has is whether they will survive the sometimes bitter cold weather conditions, says Jamie Mertz, co-owner of Symms Fruit Ranch near Caldwell.

“Everybody wants to know, are they going to survive the winter here?” he says.

The almond trees at the Parma trial have passed three big cold-weather tests so far.

The first came in November 2014, shortly after the trees were planted, when temperatures in the Parma area, and around the entire region, dropped from about 60 to below zero within two days.

“We lost millions of trees everywhere in the Northwest because of that cold event but all of our almond trees here survived,” Fallahi says. “That was quite shocking that we lost millions of peach trees, plum trees and apple trees, but almonds survived.”

The next cold-weather test came in January 2017, when temperatures plunged to levels that can be dangerous to fruit trees. Again, the almond trees in Parma survived.

The most recent weather test came this year, when temperatures fell to between 24-26 degrees during almond bloom. As a result of the cold and windy conditions during that time, 2021 was not a good pollination year for almonds, Fallahi says.

But now, the almond trees are doing fine and fruit set this year is good, Fallahi says.

“The initial concern was that every so many years, a killer cold event would wipe the almond trees out,” he says. “But we have seen that the type of extreme cold-weather events that we can have in this area don’t wipe out the almond trees.”

Despite the promising results of the trial so far, Fallahi is not ready to say conclusively, yet, that almonds can be grown commercially in southwestern Idaho. He says the trial needs to yield two or three more years of data before a definite conclusion can be reached.

“As researchers, we are very conservative; we are careful not to be wrong,” he says. “But what the research trial is showing so far is amazing.”

Almonds can be a lucrative crop when prices are high and California growers aren’t the only ones keeping a close watch on the UI’s Parma almond trial.

Almonds would fit nicely into the company profile of Williamson Orchards and Vineyards, a commercial fruit company near Caldwell, says manager Michael Williamson.

But before pulling the plug and proceeding with growing almonds on a large scale, he adds, the company would need to figure out a lot of end-market factors, such as whether almonds grown here match up to the commercial quality and production of almonds grown in other areas, such as California.

“That would be some of the research we hope to see from Essie’s almond trial,” Williamson says. “We’re keeping an eye on it.”

Symms Fruit Ranch planted about 20 almond trees about two years ago and they have all bloomed and have fruit on them, Mertz says.

But like Williamson, Symms also still needs to see some more research data before planting almonds on a large scale, he adds.

What’s most enticing to Symms about almonds is that the crop is very mechanized; equipment is used to shake the almonds off the trees and then gather them. With labor becoming increasingly hard to find and expensive, that mechanization factor is attractive, Mertz says.

“Their inputs as far as manual labor are a lot lower than peaches, for example,” he says. “Almonds are intriguing and really because of the labor issue. There is not as much manual labor involved….”

If almonds are grown in Idaho on a large scale, that could benefit the state’s commercial beekeepers, many of whom travel to California in February and March to pollinate that state’s almond crop.

If that happens, they could choose to stay in Idaho to pollinate almonds here or they could do that as well as travel to California, since Idaho’s almond crop would be pollinated in April or May.