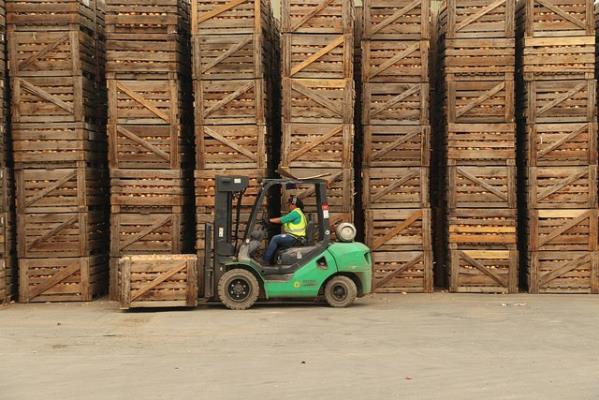 POCATELLO – Despite trade wars and rumors of trade wars, the total value of Idaho agricultural exports increased 7 percent during the first six months of 2019, compared with the same period last year.

According to data provided by the Idaho State Department of Agriculture, the value of Idaho ag product exports to other nations totaled $450 million during the first half of 2019, up from $421 million in 2018.

“Idaho produced one of the largest potato crops on record in 2018, which led to increased shipping of both fresh and processed potatoes during the first half of 2019,” he said. “Drought in Europe resulted in a smaller 2018 potato crop and a rebalancing of global supply chains, further supporting exports from Idaho.”

Canada was the No. 1 destination for Idaho ag exports as Gem State producers and companies sold $137 million worth of ag products to that nation during the first half of 2019, an increase of 2 percent compared with the same period in 2018.

Idaho ag exports to China during the first six months of the year totaled $25 million, down 5 percent from 2018.

The total value of dairy product exports from Idaho was $101 million during the first half of 2019, a decrease of 0.33 percent from 2018. Dairy accounted for 22 percent of the state’s total ag export value, making it Idaho’s top farm export in terms of dollar value.

“Dairy exports have remained flat,” Robison said. “However, there has been some rebalancing toward Mexico due to strong demand for milk powder, close market proximity and lower prices on dairy products in the United States.”

The total value of Idaho dairy product exports to Mexico during the first half increased 26 percent to $12 million.

According to Rita Du, a University of Idaho agricultural economist, Idaho dairy product exports to China were down 20 percent during the first half of 2019 compared with the same period last year.

Some Idaho ag industry leaders said although the increase in the state’s total ag export value so far this year is good news, the number could be even higher if it weren’t for the many trade challenges the United States faces right now, such as the ongoing tit-for-tat tariff war between the U.S. and China.

The relatively strong U.S. dollar is a bigger headwind that is affecting U.S. farm exports, said U of I Agricultural Economist Garth Taylor.

The 53 percent increase in Idaho ag exports to South Korea was led by dairy exports to that nation, which totaled $32 million, up 54 percent compared with the same period in 2018. Virtually all of that was cheese.