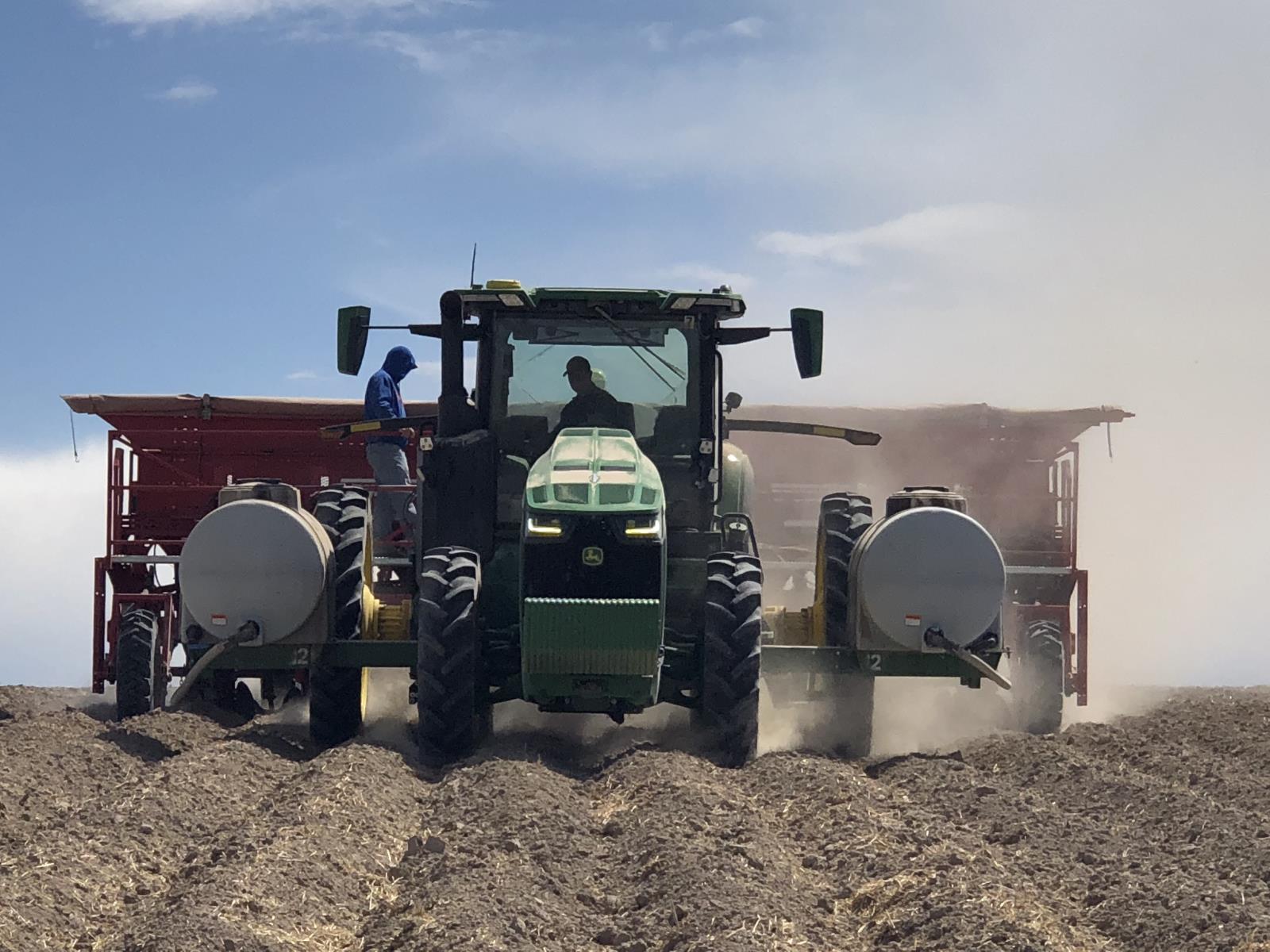 POCATELLO – The total value of Idaho farm product exports increased 1 percent during the first three months of 2021, while nationwide, the value increased by 24 percent.

“The U.S. growth was led by corn and soybeans, which are not typically produced for export in Idaho, though exported cereal grains from Idaho increased by more than 17%” during the first quarter, Doug Robison, the Idaho president of Northwest Farm Credit Services, told Idaho Farm Bureau Federation.

According to recently released U.S. Census Bureau data that is calculated by the Idaho State Department of Agriculture, the total value of agricultural product exports from Idaho during the first three months of 2021 was $260 million, up 1 percent from the same period in 2020.

Canada remained the top destination for Idaho ag exports during the first quarter, as that nation purchased $80 million worth of farm products from the Gem State, a 13 percent increase over the first quarter of 2020.

Mexico ranked No. 2 in that category and purchased $54 million worth of Idaho farm exports during the first quarter, an 8 percent decrease from last year during the same period.

China moved up one position to the No. 3 spot, having purchased $16 million worth of Idaho farm products during the first three months of 2021, a 58 percent increase over the same period in 2020.

Robison said a recent 30-day halt of beef exports from Argentina will potentially result in further increases of export activity to China from Idaho.

“Argentina provides up to a quarter of China’s beef imports,” he said. “Idaho’s increases in live animal and meat exports during the first quarter were most likely supported by Chinese purchases that could see further increases during the second quarter.”

The Netherlands purchased $14 million worth of Idaho ag products during the first quarter, 7 percent more than it did during the same period last year.

The U.S. Department of Agriculture on May 26 projected that U.S. farm exports will hit a record $164 billion during fiscal year 2021, which ends Sept. 30. That would be up 8 percent over the previous record of $152 billion set in fiscal 2014.

According to USDA, key drivers of the expected surge in export value this year include a record outlook for China, reduced foreign competition, record export volumes and values for a number of key agricultural products and sharply higher commodity prices.

USDA forecasts China will import $35 billion worth of U.S. farm exports this fiscal year, which would be an 18 percent increase over the previous record of $29.6 billion set in fiscal 2014. This increase is expected to be led by Chinese demand for soybeans and corn.

“USDA projects that total exports of bulk (agricultural) commodities and meat will reach record levels for both volume and value in FY 2021,” the department’s May 26 report states.

But it does show trends and from a percentage standpoint, matches closely with USDA data that is released annually in the fall. The USDA data captures more of the state’s farm exports but it is not as timely as the Census Bureau data.

The USDA Idaho ag export data for 2020 will be released this fall. That data shows Idaho’s record for total farm export value was $2.29 million, set in 2013.