High feed costs heading into winter, promise of better prices to come have ranchers in a bind 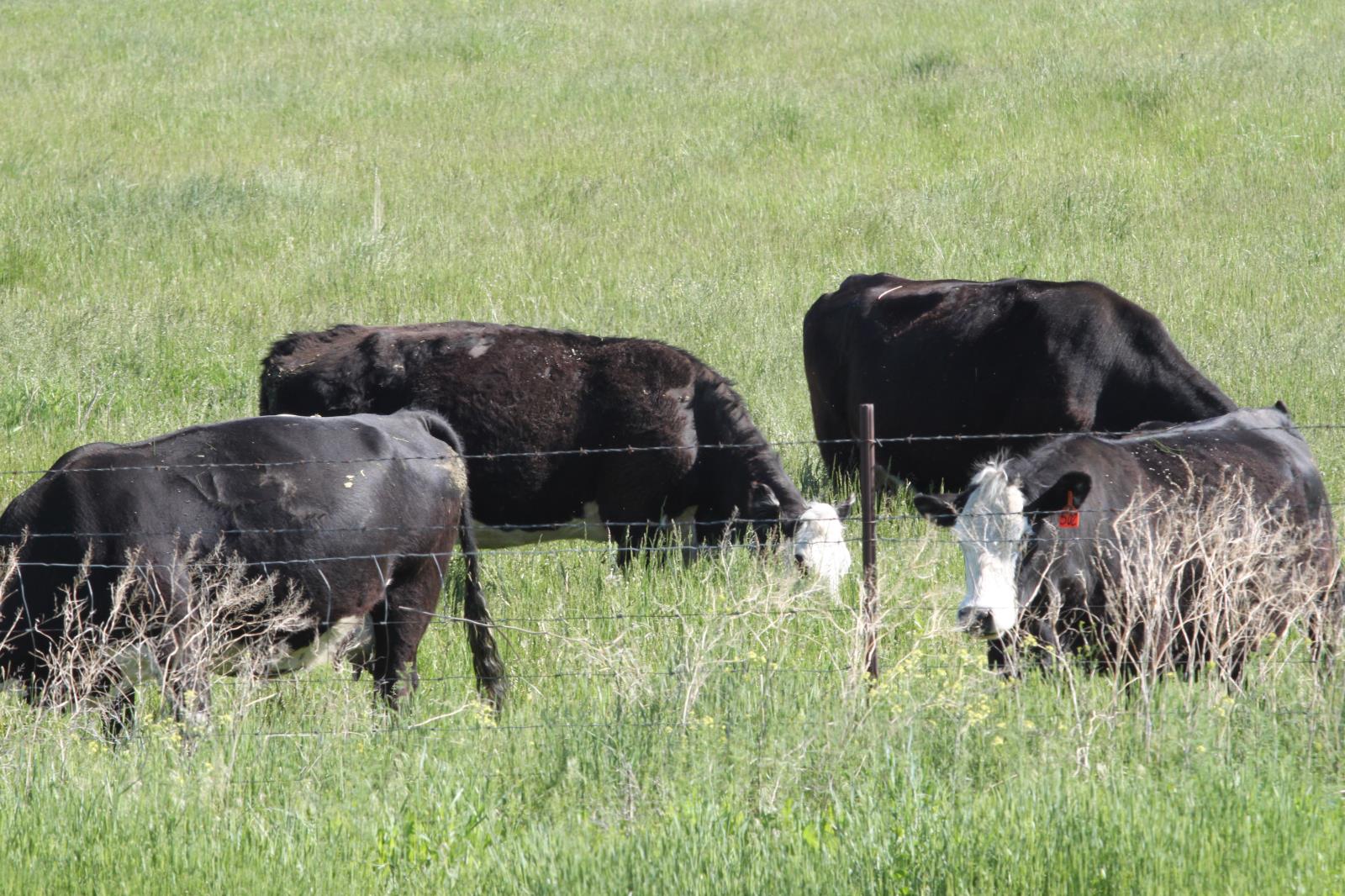 East Idaho rancher Matt Thompson knows there's a payday coming if he can hold onto his cattle, as ranchers continue culling marginal livestock rather than feeding them extremely expensive rations through the winter.

Eventually, a smaller collective beef herd will result in a bullish market. The challenge in the meantime will be finding ways to keep his livestock fed and healthy without breaking the bank on feed.

The high cost of feeder hay — at least $250 per ton, assuming it can be found at all — is eating away ranchers' profit margins. So ranchers like Thompson are getting more creative in formulating their rations, and they're hoping for a bit of luck with the weather.

Thompson, who grazes 600 cow-calf pairs in the Goshen area east of Firth, has been stretching his alfalfa hay as far as possible by blending it with more straw, using protein supplements to make up for any deficiencies.

"I'm using some fairly expensive supplements that never made sense before," Thompson said. "Everybody's rations are going to be stretched out. Potato waste, beet pulp, distillers grains — it's all going to be in play."

A mild start to winter would be a big help, Thompson said, as it would allow him to graze longer on crop residue and to continue running cattle on his private pasture.

"These recent rains have been a blessing. They've greened up a lot of feed in the mountains," he said. "It saved our lives, basically."

Nonetheless, Thompson anticipates the dry summer range conditions, combined with the fact that ranchers have been stretching their rations further, will result in breeding challenges for cows.

This year, Thompson said, it won't make sense to keep marginal livestock or cows that struggle to get pregnant.

"I'm seeing a lot more heifers getting sold. People aren't keeping replacement heifers. They're marketing them ... just because they don't have feed to go around," Thompson added.

And he's been seeing a lot of calves getting sold before weaning.

Marc Thiel, who has a small cattle herd in Idaho Falls, raises most of his own hay but could be selling it for a substantial profit and has to factor that in when considering the profitability of his cattle.

"It's impossible to maintain any type of margin when you increase the cost of feed by 60 to 70 — in some cases 100 percent," Thiel said.

Jay Smith, a rancher from Salmon who serves as president of the Idaho Cattle Association board, expects to see a spike in the use of protein supplements for feeding cattle this winter.

Based on current feed costs, Smith estimates he'll have to invest up to $600 to feed each cow through the winter. When also factoring in $300 per cow in summer feed costs, he said there's no profit margin left for the rancher.

"I've used them in the past but we're going to use them harder to stretch our forage out," Smith said.

But Smith acknowledges cattlemen who stretch rations too thin risk hurting the body condition score of their animals, which could reduce calving rates. He's hoping to avoid doubling his usual rate of open cows this winter.

Like Thompson, Smith is thinking long-term in his planning, knowing better times are ahead.

"With this level of cow harvest, there will be less calves on the market next fall and that will invariably have to trigger a price increase," Smith said. "We've definitely taken a calculated risk to keep as many good cattle as we can to capitalize on what the future will be. We've also culled hard because with a $500 to $600 winter, not every animal is worth putting that into them."

Rex Hoagland, director of cattle procurement with CS Beef Packers in Kuna, said ranchers began culling more cattle due to high feed costs about a year ago, and the culling hasn't slowed since.

"You're going to see some people possibly feeding some corn stalk bales as a filler and supplementing with high-quality hay," Hoagland said.

"If the cow is open, you've got to sell them. If a cow has got a calf in her, I have told people they need to try to hold on because there is light at the end of the tunnel," Hoagland said. "The cow kill is up. There's going to be fewer feeders next fall, which should help the market go higher."

Cameron Mulrony, executive vice president of the Idaho Cattle Association, said timely precipitation has renewed optimism among ranchers, who may be able to delay feeding hay by grazing longer.

Mulrony noted that hay is in short supply throughout the West due to drought.

He advises members to consult a nutritionist and have their feed tested to get the most out of it without depriving animals of nutrition.

Mulrony said cull numbers won't be released until January, but anecdotally, he's hearing culls are much higher than normal.

"We are hearing of higher cull rates coming off of range. We are hearing of lower breed-back compared to normal, but every operation is a little different," Mulrony said. "Those two things are probably related to forage availability and price."

Though meat prices at the grocery store have been going up, Mulrony emphasized ranchers haven't enjoyed a corresponding boost in their returns.

He explained the discrepancy is the result of supply chain bottlenecks: Packing plants are operating at capacity and can't quickly handle the additional culls, and shipping constraints have made it tough for retailers to keep meat on the shelves.

The good news is that several new packing plants are planned in Idaho, Mulrony said. In Jerome, cattle ranchers and feeders are partnering with Agri Beef Co. to launch a packing plant to be called True West Beef.

"The cattlemen are resilient and tough people," Mulrony said. "We need ranches and open space to keep Idaho a state we all enjoy living in."