From the farm to Herbie the Hamburger 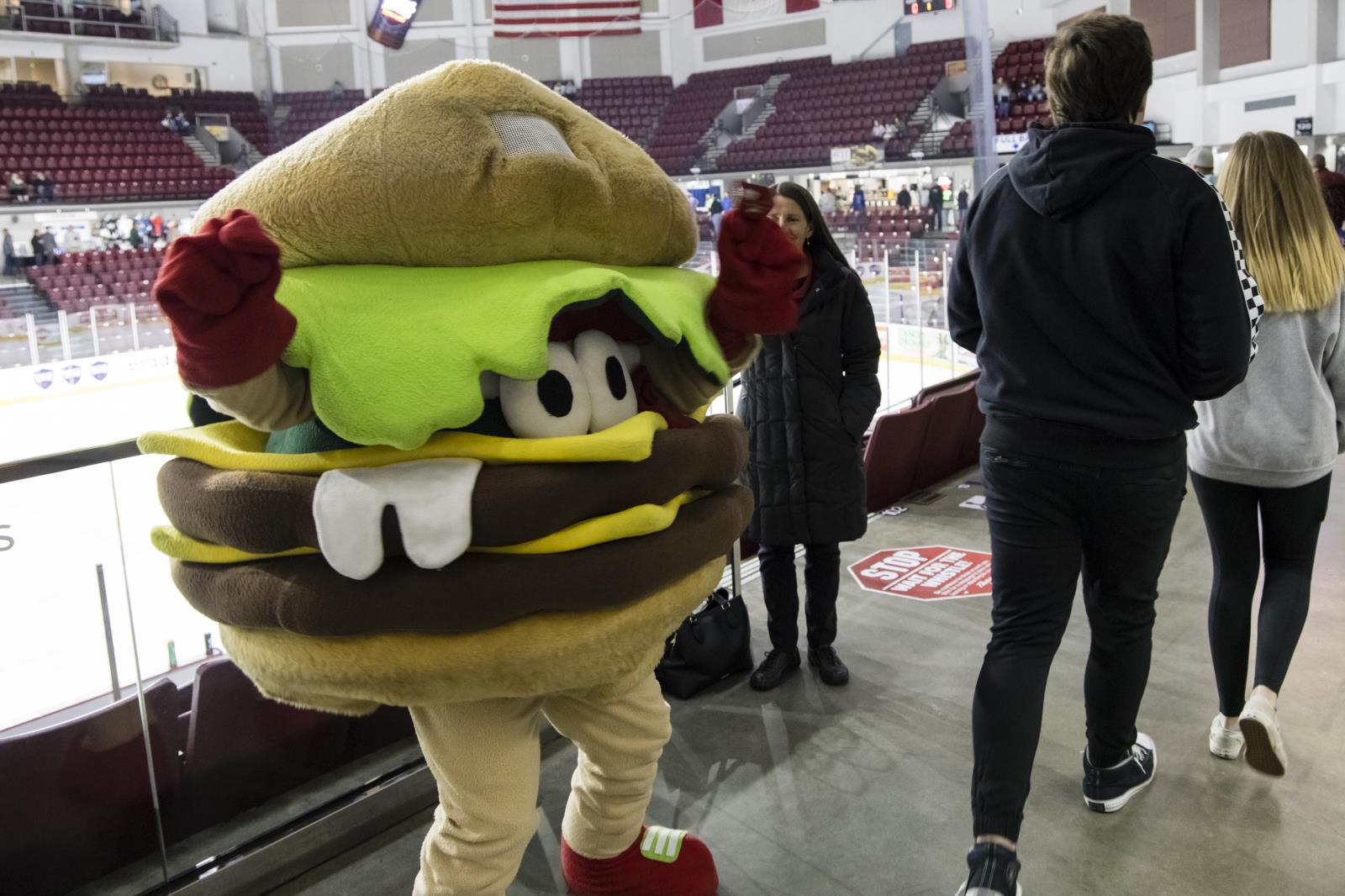 BOISE – Caleb Johnston was raised on a farm, loves agriculture and is going to college to prepare for a future career in the agricultural industry.

He went through the Idaho FFA program, served as a state officer and, as far as hands-on experience goes, is about as prepared as anyone can be for a career in agriculture.

But nothing quite prepares a person for throwing on a giant mascot outfit and becoming Herbie the Hamburger in front of thousands of people.

Johnston, 21, donned the Idaho Beef Council mascot’s outfit Feb. 1 during the IBC’s annual Beef Night on the Ice event. In front of thousands of hockey fans, he became the persona of Herbie the Hamburger.

“It was really hot inside but I had a ton of fun,” he said.

The mascot was a big hit with kids.

“All of those kids were like, Holy cow, that’s Herbie the Hamburger and they freak out and want to get pictures with you,” he said. “I’m sure there are hundreds of pictures of me on Facebook right now dressed up as a giant hamburger.”

Johnston, who worked as a temporary hire for the beef council at the time, got the Herbie job when an office manager texted him and asked how he felt about being a giant hamburger.

“I was like, I’m going to need some more context on that,” he laughs. “Then I was like, sure, why not. You’re in a giant hamburger outfit, nobody knows who you are, so you get to act super goofy and have a blast.”

He also got to promote his primary passion: livestock.

Johnston said there “isn’t a Herbie training program by any means,” but he does credit his experience and training while serving as an Idaho FFA state officer with helping him don the persona of Herbie, a large goofy and fun-loving hamburger who is a hit with the kids and helps entertain the crowd.

As a state officer, he spent two months of the year on the road doing workshops for high school students across the state.

“A big part of that is making sure those students stay engaged, so we would put on some very exciting activities for them,” Johnston said. “So I spent two months on the road doing that, kind of unwittingly training myself to be a really energetic persona when I need to.”

He said that in the FFA program, “They talk a lot about how FFA trains students to be successful in the real world, both technically and with soft skills, like public speaking and job interviews.”

While that is true, he added, “I don’t know that anyone knew that, hey, being in FFA helps you be a giant hamburger.

Clara-Leigh Evans, executive director of the Idaho FFA Association, was not surprised to hear Johnston’s FFA training helped him handle the Herbie gig.

“Then by their involvement in FFA, they gain leadership and communication skills,” Evans said. “FFA members then have the knowledge and experience to be confident, effective communicators in about any environment, even on the ice posing as a hamburger….”

Johnston grew up on his family’s 400-acre farm in New Plymouth, a small farming community in southwestern Idaho. He is currently attending Boise State University recently helped the IBC digitize its financial and meeting records dating from July 1967, when the beef council was created.

He works on the family farm on weekends while attending BSU and also raises show lambs for livestock shows across the country.

“I’ve been really fortunate to be successful at that and be able to travel around the country doing that and getting to have fun and making some money doing it,” he said. “In fact, that show lamb operation is kind of what’s funding my college right now.”

He said he’s keeping his career options open but he definitely wants to stay involved with agriculture.

“I love raising livestock, I love agriculture, everything about it,” he said. “People ask me what I want to do with my life. If I can be a crusty old sheep farmer for the rest of my life and make it work, I’m going to do it.”